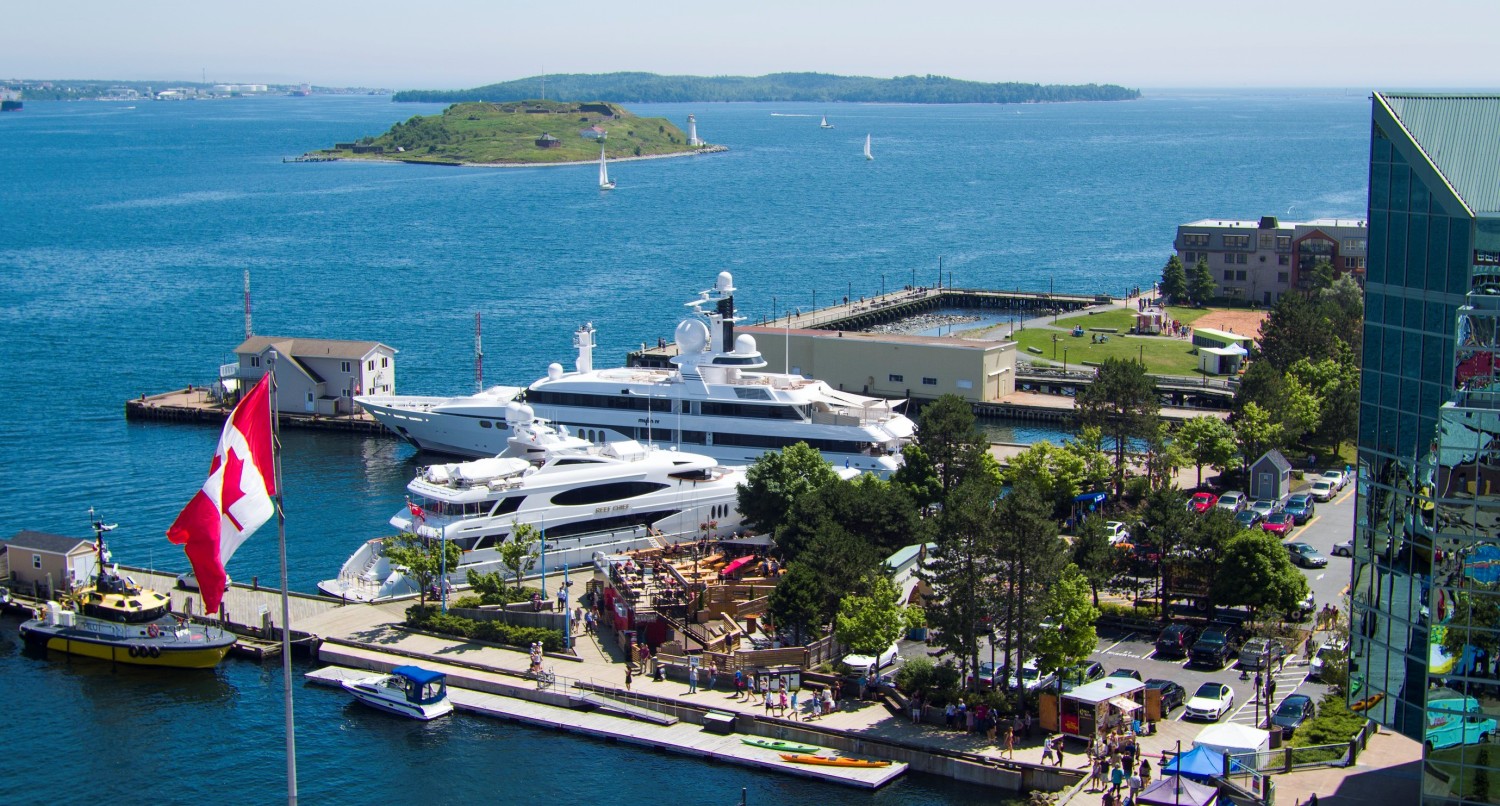 Nova Scotia’s history and diverse cultures are defined by the sea.   One senses a rich and storied past entering the capital of Halifax.  The iconic Bluenose II Schooner, Peggy’s Cove lighthouse and Cape Breton’s Cabot Trail illustrate the proud heritage of the people and their cultures and landscape.

Residents of Nova Scotia, which means New Scotland, embody a sense of pride in preserving the past.  With five UNESCO world heritage sites, 16 national historic sites, two national parks and 28 provincial museums, and more than 150 lighthouses– there is plenty to see and do.

Nova Scotia is called Canada’s ocean playground for good reason. The province has thousands of miles of seacoast, a natural setting for boating, kayaking, surfing or sailing.

Halifax, with a population of 403,131, is the gateway to Atlantic Canada.  The city is home to the second largest natural harbor in the world.  I was impressed with the gorgeous coastal scenery, especially during the spectacular autumn foliage displays.

The population of Nova Scotia itself is 945,843. But beyond scenery and history, Halifax is just plain fun. It’s a youthful, energetic town, home to several colleges and universities, and boasts a downtown area that rocks with pubs, clubs and cafes.  Since the tourist season is brief (May through October), the summer months are packed with music festivals, outdoor concerts and an old-fashioned Celtic Ceilidh, the lively folk dances with fiddlers and costumed dancers.

Historic Properties is made up of a collection of boutiques, eateries and pubs housed in ten wood and stone buildings dating to the l800s.  Free public summer concerts take place on expansive green space in the nearby Public Gardens dating to the mid-19th century enclosed by an ornamental wrought-iron gate.

It is this rich culture and colorful waterfront activities that have boosted the Canada and New England region’s cruise popularity.  Halifax hosts more than 130 ship visits in season from ten of the major cruise lines.

The Maritime Museum houses 24,000 artifacts relating to Canada’s marine history.  A special exhibit is dedicated to the sinking of the Titanic; an actual deck chair and oak molding from the first class staircase are on display.  Other exhibits are beautiful life size ship models and a section illustrating the Halifax Explosion during World War I when Mont Blanc, a munitions ship blew up in the harbor, killing 1,600 people.

Families enjoy visiting the Citadel, a onetime defensive fort built in 1749, noted for its distinctive star shape. It’s a steep climb up from the waterfront, but the views of the city and vast harbor are well worth the effort.  Marching guards and a daily cannon blast at noon are a 200-year old tradition.  The giant town clock reminds residents to be on time, so the legend goes.

Kids like to take the evening ghost tours to discover haunting secrets and fascinating history as they wander by candlelight along the fort’s ramparts, dungeons and dimly lit passageways.

The Art Gallery of Nova Scotia in the heart of downtown has 9,000 works, including Canadian and international art, as well as an acclaimed collection of local folk art.  This region has an incredible number of art galleries and craft shops selling the bountiful fruits of creative activity.  The Halifax Art Map (www.halifaxartmap.com) is a good roadmap to these and current exhibitions.

Nova Scotia’s historic lighthouses are none so dramatic as the iconic lighthouse in Peggy’s Cove, a rustic fishing village about 45 minutes from Halifax.  Houses are perched along a narrow inlet known for its photographic views.  Walking trails are a good way to discover this seaside treasure, visit the shops, and view local artists’ handiwork.

Guided tours are the best way to discover the Halifax region, especially for first time visitors.  Gray Line Ambassatours offers entertaining, informative drivers.  GrayLine also has a Hop On Hop Off bus, a double-decker with tour guide for an hour or a day’s excursion.  There are harbor cruises and for kids, pirate cruises aboard the tall ship Silva, as well as nightlife and party cruises for adults.

For families, the Royal Nova International Tattoo Festival is a weeklong event July 1-7. The Tattoo gives a taste of true Nova Scotia, with bagpipes, highland dancers and military traditions.

The best part of traveling to Nova Scotia is sampling the local food and drink.  Culinary delights from the sea and local farms are worth the trip alone.  There are l7 local eateries and 12 craft breweries along the harbor front alone. Two separate magazines are devoted to food and drink: the http://www.curatedguide.ca and www.tasteofnovascotia.com.

Nova Scotia has a long and storied agricultural history where every bite and sip tells a story, from Rappie pie on the Acadian Shore to oatcakes in Cape Breton or lobster dinner in historic fishing communities.  Taking a food or wine tour is a good way to begin a culinary adventure.

The Festival of Wines and an annual Oyster festival are held at the last week of September.

There is also great hiking and cycling along the Rum Runners Trail linking the seaside towns between Halifax and the town of Lunenburg, about an hour’s drive southwest of Halifax.  The trail passes through scenic coastal communities and stunning Mahone Bay. A UNESCO World Heritage Site, Lunenburg was founded in 1753.

The tour guide on the drive to Cape Breton Highlands National Park points out the beauty of Lake Margaree below before stopping at the Alexander Graham Bell Museum.    We see majestic plateaus, forested river canyons, and ragged shorelines plunging into the ocean.  It’s an exhilarating ride amid spectacular coastal scenery.

The parks’ visitors’ centers provide information about picnics, waterfall hikes, swimming, and cycling, birding and geology.  A special Kids’ Corner offers ten ways kids can put down their phones, discover the natural world and learn something.

On the North shore of the Cabot Trail are the Artists of St. Ann.  The Glass Artisans Studio and Gallery gives daily glass demonstrations through October.

The Highlands of Cape Breton is part of the Appalachian Mountain Range.  Besides its breathtaking landscapes, there are whale watching tours, kayaking and listening to local guides weave stories based on their Gaelic and French heritage.