Set in over five hundred acres, Leeds Castle lies in Kent, and not as the name suggests in the town of the same name in Northern England. It started life as a Saxon royal manor back in AD 857. In 1119 it was fortified and built as a Norman castle by Robert de Crevecoeur before passing into royal hands in 1278. It subsequently became the residence of no less than six medieval queens, earning it the name of “lady’s castle”.

The most famous royal owner of Leeds Castle was Henry VIII who dramatically altered the castle for his first wife, Catherine of Aragon, no expense spared. In the sixteenth century it was passed over to private hands, and in the years that followed the castle played many roles, serving as a prison and a convalescence home for World War Two pilots as well as a private residence for the Fairfax and Culpepper families. It remains today a living castle, at the request of the last private owner of the estate, Lady Olive Baillie.

Lady Baillie, an American born heiress, donated the castle to the nation on her death in 1974, to be managed by the Leeds Castle Foundation. She initially bought the estate in 1926 and completely renovated the interior of the castle using the services of the French designer and architect Armand-Albert Rateau and later the Parisian Stéphane Boudin. The transformation of Leeds Castle did not stop with the interior. She created a golf course and a swimming pool, as well as tennis and squash courts to provide entertainment for the guests attending her many parties, which included famous actors and politicians. 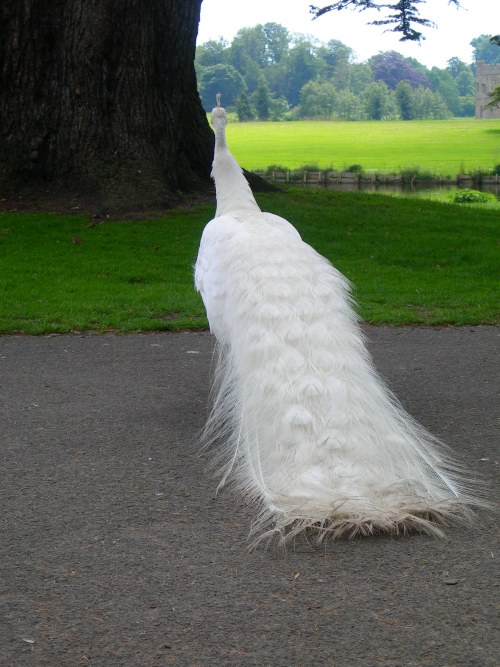 The castle is adorned with acres of beautiful colourful gardens which were developed by Lady Baillie, as well as a duckery and the aviaries which she established during the 1950’s. The birds housed here today certainly cannot be found swimming or flying around your local park. Over one hundred species of bird reside in the outdoor aviary (rebuilt in 1988, the original aviary is now the Lady Baillie Garden) and white peacocks roam the gardens, their tail feathers greyed from the dirt they sweep up from the ground, as they strut proudly around their habitat. Black swans float graciously across the lake, introduced to the UK by Lady Baillie from their native Australia.

The castle opened to the public over thirty years ago in 1976, and since then millions of visitors have dropped in to marvel at Leeds Castle. There is a reason so many have taken the time and trouble to visit.

First stop is the ticket office. A ticket is valid for one year from the date of purchase, and if your journey to the stately home is a reasonable commute then this is an absolute bargain. Imagine lazy Sunday picnics throughout the summer, evening strolls through the gardens or the perfect opportunity for the amateur photographer to snap away to his heart’s content.

From the entrance gates the tour takes you through the duckery, to the open grounds stretching before the castle up to the entrance of the historic building. From the gardens the exterior of the castle can be admired in its entire splendor. The top of the castle is a traditional turret design, the kind all children draw when depicting a castle. In short it is a castle as a castle ought to be.

Continuing the tour inside: the building offers an interesting peek into royal history. There are tapestries on display, as well as fine arts and furnishings. Two rooms portray the décor as it would have been in the 15th century during the reign of King Henry V and Queen Catherine. Other notable highlights of the tour are the Fountain Court, the Queens Rooms and the Chapel, as well as the largest room of the castle, the Henry VIII Banqueting Hall. The ornate French fire is eye-catching, and the paintings hanging here depict the Fields of the Cloth of Gold. Henry VIII set off from Leeds Castle, embarking from Dover across the Channel for this grand tournament in 1520 to meet Francis I of France.

Interestingly, of 24 bedrooms in the castle 23 are still in use, the exception being Lady Baillie’s bedroom which remains preserved for historic interest. The rest are used as accommodation for conferences and special events such as weddings and dinners. The Leeds Castle Foundation itself organizes events in the grounds such as a firework display for Bonfire Night, and a Christmas or New Years Eve dinner. Furthermore significant political and entertainment events have also taken at Leeds Castle; in 1998 the G8 summit, the Anglo-Irish peace summit chaired by Tony Blair and Bertie Ahern in 2004, Helena Bonham-Carter filmed scenes here for her role in Lady Jane in 1986, Elton John played a solo concert for two nights in 1999 and the recently deceased Pavarotti performed there in 1993 and again 2004. Modern day Leeds Castle has certainly seen its share of glitz, glamour and momentous events. 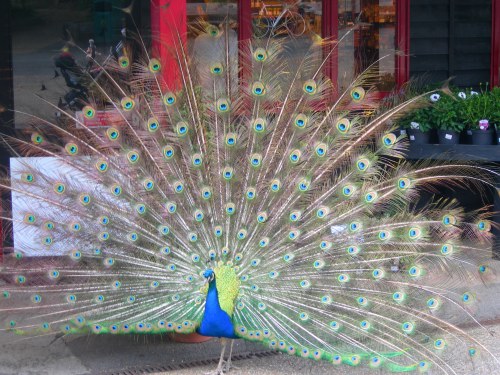 Leaving the inside of the castle to walk around the grounds the view from the far banks of the moat transport you back in time. It is truly a breath taking sight, watching the honey coloured sunlight beam off the castle walls and bounce back off the water. The clouds hang in the canvas of the blue sky, appearing to be dabbed on with an artist’s brush. The moat ripples gently with the breeze, the mirrored reflection of the castle changing as the direction of the wind alters. Ducks glide effortlessly across the water and geese stroll along the banks of the moat, calling out in sing song; most probably delighting in their good fortune to be residents of this rather impressive and peaceful abode.

On the lush green grass surrounding the moat flowers dot the garden with an array of colours; pinks, purples, yellows and reds all left as an imprint. Clusters of daisies make indiscriminate patterns, decorating the banks, awaiting the arrival of one of the many mowers that are busy across the landscaped gardens. It is certainly not a job for a lone operator.

Variety, they say is the spice of life, and so it is with Leeds Castle. In addition to the duckery, the aviaries, the castle tour and the gardens there are a few more attractions worth a mention. There is a maze that was created from 2,400 yew trees in 1988, a vineyard (Leeds Castle wine is for sale in the gift shop and restaurants), and more obscurely the only dog collar museum in Great Britain.
In short, Leeds Castle is a combination of architectural wonder and beautiful gardens. Humans and nature unite for an eye catching spectacle and a wonderful day out in the English countryside.