Let us be honest – many of us who enjoy the sunshine state totally ignore north Florida on our way southward to its lavish and sometimes overwhelmed tropical destinations. If so, we are doing ourselves a great disservice especially if the goal is a low-maintenance family getaway in a natural setting. In fact, heading farther south is not necessary as some of the most astounding examples of our nation’s tropical natural resources can be found in the panhandle. Just south of the Alabama/Georgia State line confluence and in the vicinity of Tallahassee’s very user-friendly airport, lies environmentally serene and ecologically-rich Franklin County. Named after Benjamin Franklin, the County is accurately and appropriately billed as a Florida’s Natural Escape, very modestly waiting for the creative as well as the nature-appreciating traveler.

So what is so unique about a region many Florida travelers may not have even heard of? For starters, 87% of Franklin County is in either state or federally protected parkland or nature preserve. The rest comprised of thoughtfully preserved communities conspicuously lacking high rises and interspersed with friendly neighborhoods and historically significant attractions. Stop and think about this – a county, with a permanent resident population of 10,000, has voluntarily preserved 500 acres of premium and pristine forest, wetlands, 200 miles of coastline and beaches forever. This astounding complete absence of sprawl will make anyone think twice about expending the additional time and effort to continue to the vast overly engineered and landscaped destinations in South Florida they have been conditioned to seek out. 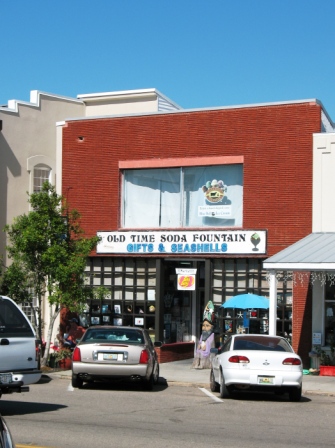 These creative growth controls do not in any way mean the absence of modern amenities such as meticulously planned historic and contemporary beach communities. This also goes for the cozy county seat of Apalachicola – or “Aplach” as the locals say – where Mayberry meets Old Florida. A few steps in any Aplach direction will reveal an effective sprinkling of quaint shops, historic buildings, docked boats, inns, unique restaurants and even an outdoor concert among work and pleasure boats – almost as it looked and felt 50 years ago. An excellent snapshot of this quality, as well as a fun rest stop, is the Old Time Soda Fountain Gift and Shells on Market Street, a modest cross between a soda fountain of old and gift shop specializing in shells and the best ice cream cones. Nothing captured the town’s spirit better than a sign on the entrance saying “Our restroom is for anyone who needs it – come on in”. Try to find that in the big city.

Pedestrian-friendly Aplach is mindful of both it’s natural resources heritage and responsibility to encourage commerce by preserving shopping districts and visitor attractions along with 200 historic buildings dating from the 1830s – all the while showcasing the maritime culture and fishing fleets as part of a “working waterfront” and downtown area. Franklin County considers its seafood industry, the backbone of its culture and heritage, a matter of pride with workboats literally sprinkled among the charters and sailboats rather than relegated to some “other” part of town. 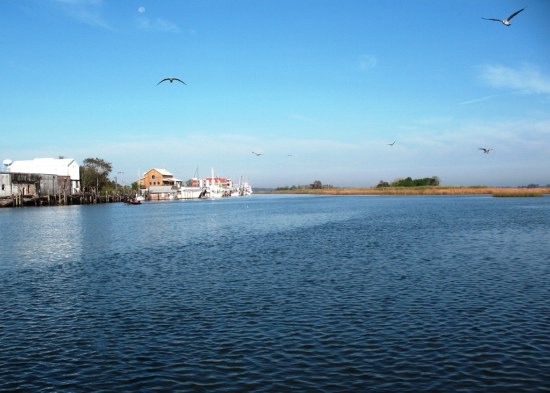 As an asset, the working waterfront is incorporated into Aplach’s revitalization promoting this classic community as sort of an endangered species unto itself in contrast to other overly paved destinations. One can easily visualize Forrest Gump puttering back from a successful shrimping expedition to unload his bounty among historic antique shops and outdoor waterfront festivals. Seafood is not only the paramount industry but is also the must-eat staple of the local eating establishments and most restaurant menus are delightfully unpredictable for no other reason than a community-wide commitment to serve only what is caught locally at that time – which can vary based on the fickle yet productive critter soup of the Apalachicola Bay and the Gulf of Mexico.

Make no mistake – living at one with nature does not mean you have to rough it or go without the family-friendly and premium relaxation experience many search for in a vacation. Here, nature is to be enjoyed – not avoided. Accommodations are numerous as the recreational opportunities and thoughtful planners have strategically intertwined modest and luxury sized condos, homes, historic inns, hotels and vacation rentals in the communities and waterfront areas of Carrabelle, Alligator Point, Dog Island, Eastpoint, St. George Island, and St. Vincent Island – none of which is too big to enjoy on foot or by bike. These communities mix old and new Florida around intersection communities thoughtfully interspersed with contemporary housing and waterfront access.

Not surprisingly, some of the most modern yet competitively priced real estate in the entire region can be found here whether renting or buying. A few exemplary selections ideal for families include St. James Bay – an Audubon International Certified Silver Signature Sanctuary new golf course development, Picketts and Pirate’s Landings in Carrabelle and Harbor Point Realty in Alligator Point providing easy waterfront access. For something different, Aplach offers the historic Victorian era Gibson Inn, Coombs Inn B & B, as well as affordable yet modern waterfront hotels and properties including the new Water Street Hotel & Marina. For beachfront on the Gulf of Mexico, the sandy strip of St. George Island offers an astounding selection of styles and sizes of cottages, bungalows and condos. My favorite area is the east end of the island at St. George’s Island State Park which terminates the serene barrier island – combining all the comforts of a pristine beach and nature preserve without excessive crowds.

To truly revel in the County’s horn of plenty, is to enjoy the juxtaposition of these amenities against the backdrop of the most notable of its qualities – the incredible abundance of unique natural resources. The ecologically inclined will quickly realize that this region is not only at the southern most reach of the east coast’s temperate ecosystems but is also in the Florida subtropical zone. This unique blend of habitats in the Panhandle region along with the mixing of fresh and salt water fauna provides a very rare and astoundingly diverse ecosystem of its own with record numbers of plant and animal communities rarely seen elsewhere – including the old Florida look of live oaks and Spanish moss, Tupelo forests (where the honey comes from), as well as a plethora of rare species including loggerhead sea turtles and bald eagles, dwarf cypress swamps and numerous birds.

The crown jewel of the area is the nation’s second largest estuarine preserve – the Apalachicola National Estuarine Research Reserve (ANERR) – where fresh water fisheries mix with salt water making a resource so productive and pristine that numerous government agencies and scientists from all over the world manage and study this area concurrently. As one might imagine hiking, cycling, fishing, kayaking, canoeing, birding and camping rule here. The ANERR is a national renowned “biological hotspot” and one of the last ecosystems of its kind comprising 1300 species of plants, 131 species of fish and over 50 species of mammals including black bears and manatees. Try the ANERR boat tour for a rare glimpse of the tupelo honey wetlands, bald eagles and an excellent view of Aplach’s waterfront when departing and approaching.

Other premium natural preserves include Bald Point State Park, Tate’s Hell State Forest, St. George’s Island State Park, Apalachicola National Forest, and St. Vincent National Wildlife Refuge. Try the High Bluff Hiking and Deep Creek Birding Trails at Tate’s Hell for pristine cypress wetlands and birding. St. Vincent’s provides the most remote habitat and photographic opportunities. St. George’s is the best for beaching it and biking – as is the whole island. Bald Point has even more similar opportunities plus the best Black Bear viewing. Guided ecotours provide access to hard-to-reach habitats and some environmental education on the sly. Go with the comfortable tour boats or do it yourself with canoes or kayaks. Try Book Me a Charter for their oyster culture tour including oystering lessons and the Wind Catcher and Peregrine for an authentic sailing experience on vintage restored sloops. My favorite is Journeys of St. George Island providing any manner of ecotour available including its Bounty of the Bay tour taking as many as five persons for a three-hour trip. The captain will show children and adults how to cast for mullet, pull in blue crab traps and hog for oysters in the bay.

Do not underestimate the purity of relaxing on the dock of a seafood restaurant at sunset after a dinner of Grouper or Red Snapper. As the day fades to moonlight, denizens of urban areas will not only appreciate the salt air, the sounds of rolling surf and the stirrings of nocturnal nature but also the absence of artificial light, noise and any need to plan. Don’t feel guilty – you earned it.