At the end of our photo safari to five national parks in the northeastern area of Tanzania we flew to Zanzibar, a popular place for tourists to relax after a safari, mountain climbing, or mission trip in Eastern Africa. It is an Island off the coast of Tanzania in the beautiful blue-green Indian Ocean with white sandy beaches. After we arrived we had car service to Nungwi Village, the resort area at the North end of the island, about an hour and a half from the airport. 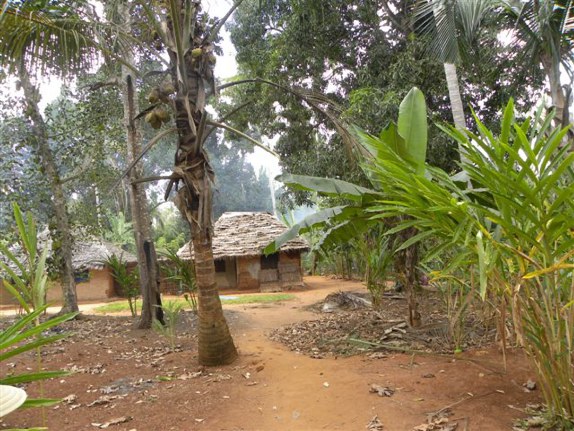 The drive is fascinating because you see the normal way of life of these island people as they walk along the small, narrow highway, carrying loads of produce to market or walking to school. Little houses and huts made of banana leaves or concrete are all along the road interspersed between areas of farmland and banana and palm groves. Women are dressed in colorful kangas and many are carrying heavy loads on their heads, walking leisurely and regally erect.

This island was one of the ancient holdings of Arabs, and the Moslem influence is evident throughout, with women and young girls in head scarves and modestly dressed. The male dominance is sadly evident with women and children sitting on the sandy ground in front of houses or doing much of the manual labor while men languish in the market centers. But everywhere we saw big smiles on faces of every man, woman, and child. They are extremely friendly people and appreciate the many tourists.

There are many hotels and resorts from which to choose, surrounded by walls to keep the tourist area contained and secure. Guards are evident within Nungwi Village because extreme heartbreaking poverty is just beyond the walls. We highly recommend the beautiful resort we chose, Z Hotel, with a beautiful, sandy, white beach and two excellent restaurants and bars which overlook the azure sea. The hotel is built on the extinct coral reef and beautifully located in Nungwi tourist area.

The food at both restaurants is so tasty, and the presentation is lovely. We found all the hotel staff to be most accommodating and friendly. Our room was such a welcome place with our private garden patio. Fresh flowers were daily arranged on our bed, and the marble and stone bath and room were new, modern, and Western style. You’ll find the spa services so very relaxing.

We loved our stay there. The Arab style Internet lounge is a restful place to relax and read magazines or visit with friends. The island is famous for SCUBA and snorkeling, and Z Hotel staff can arrange the best tours for this. Do not just take any boat on the beach for these experiences because some do not maintain their equipment well. A sunset cruise on a Dhou is really beautiful. 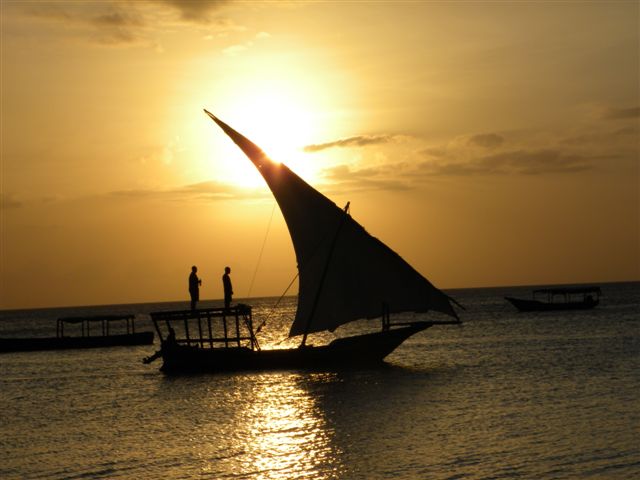 A walk through the native village to the Mnarani Natural Aquarium is eye-opening to people from the Western world. The rustic way the poor people live is shocking, but they appear to be happy all the time. Children playing in the sandy streets with no toys at all, homes with no windows and doors, are drab in contrast to the colorful clothing and the beauty of nature all around. The Aquarium, which is beside the lighthouse, is in a natural tidal pool and is a haven for rescued Hawksbill and other sea turtles which have been injured in the nets of fishermen and would have died in the wild. They are nursed to health and restored to their birthplace when they are deemed safe.

We enjoyed our visit to a spice farm in the Kizimbani area of the island, to see what the island was famous for. The interesting and informative walking tour taught us about many spices grown here. They are products of trees, bushes, vines, roots, and fruit. Cinnamon, garlic, tumeric, nutmeg and vanilla are among some we learned about and saw growing. Our guide gave excellent explanations of each variety, and as we walked, a young man followed making little baskets and other trinkets for us, weaving them from banana fronds. The tour ended with a young boy climbing high in a coconut palm with bare feet tied with a cord to get us a coconut, which he cut open with his machete so we could enjoy the sweet coconut milk. Then we had the opportunity to purchase packets of the fresh spices for ourselves and gifts. They are nominally priced and easy to pack in your suitcase.

The other most famous tour in the island is the Jozani Forest National Park, the world’s only home of the red colobus monkeys. There we were guided through a beautiful mahogany forest, planted nearly a century ago, and then on a boardwalk through the mangrove forest, whose weird roots crawl out into the water in an eerie, horror movie sort of way. We had to watch for venimous snakes on the tour. To our delight, the next forest tour was the home of the strange, friendly monkeys: blue sykes and red colobus. They were adorable to watch in the trees, mothers and young together. Some even came down to the ground close enough to be petted, but safety of the visitor as well as the monkeys you should only look and not touch.

Stone Town is the center of everything from government to market, and you’ll want a guide to lead you through the impossible maze of narrow streets dating centuries back to the time when the Arabs controlled the island. The entire town is a World Heritage Site with doorways that have prongs to keep elephants from pushing them down ages ago, gorgeous entry gardens, and scores of unique little shops. A huge local market, which is always bustling with hundreds of people buying their food for the day, is a colorful mess with foods of every type fresh from the sea, gardens, groves, and orchards.

Along the seafront is the old colonial center and a palace museum and a new park. The must see is the Anglican church built over the old slave market where East African natives were marched overland in shackles to be sold to Arabs. 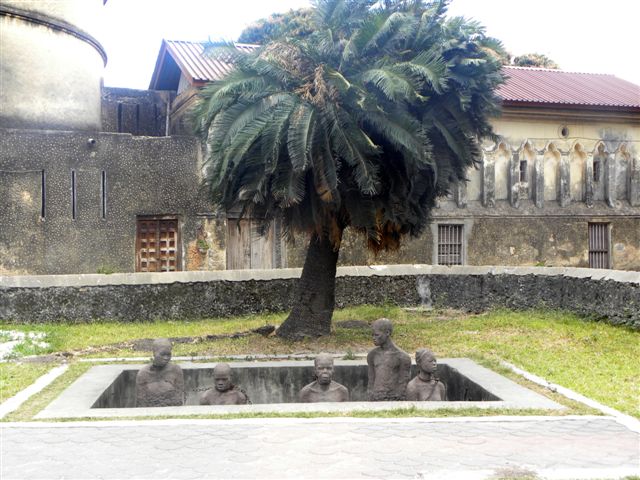 These people were cruelly treated and many died before reaching the market. It is a heart-breaking memorial. David Livingstone, an Englishman who spent many years teaching and exploring Africa, worked diligently to end the slave trade. He requested that at his death his body be returned to England but that his heart be buried in Africa, which he loved. A cross in this church signifies where his heart is buried. Near Stone Town you can tour the house where Livingstone and Sir Richard Burton lived. 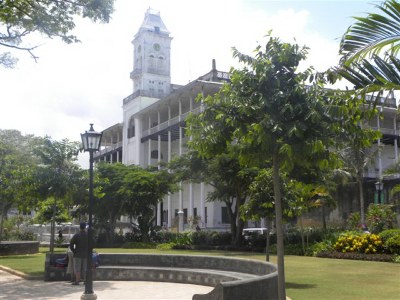 We left Zanzibar from the area of the new park where the ferry terminal is located. We returned to the mainland at Dar Es Salaam, the former capital of Tanzania, where most people enter the country, by air or by ship. It is the largest port city in Tanzania. We found Safari Solution Tour Company to be very helpful for all our needs in Dar, and we highly recommend our guide and driver there, Abel Clement Mpondo, who speaks good English and is smart and accommodating. The company manager, Joseph Esperansa is very efficient and helpful. Dar is a large city with many levels of hotels and restaurants. The ferry was a relaxing, two hours on the Indian Ocean on a modern ship filled to capacity. There are bathrooms and snack bar on board.