With a claim to historic landings pre dating Jamestown Virginia, Hampton Roads is a vibrant city with an enthusiastic salute to its past.

For a good geographical and nautical introduction, a 2 to 3 hours boat tour aboard the Miss Hampton II is a natural. (www.misshamptoncruises.com/harbor_tour) Views from the upper deck take in Blackbeard’s Point, the waters where Captain John Smith and the fist settlers traveled, Fort Monroe, Old Point Comfort Lighthouse (the oldest continuously operating one in America,), a possible stop at the Civil War Fortress of Fort Wool and of course the impressive fleet of war ships docked at the world’s largest naval installation, the Norfolk Naval Base.

From sea to air the Virginia Air and Space Center (www.vasc.org) is host to an impressive collection of historic aircraft as well as the awe inspiring display of the Apollo 12 lunar command module. The module was launched on November 14, 1969, weighed 13,500 pounds at launch, traveled over 960,000 miles on its lunar mission, orbited the moon 31 times in 61.6 hours, and returned to Earth on November 24, 1969. It’s enlightening to see it up close, and realize how small and worn it is. 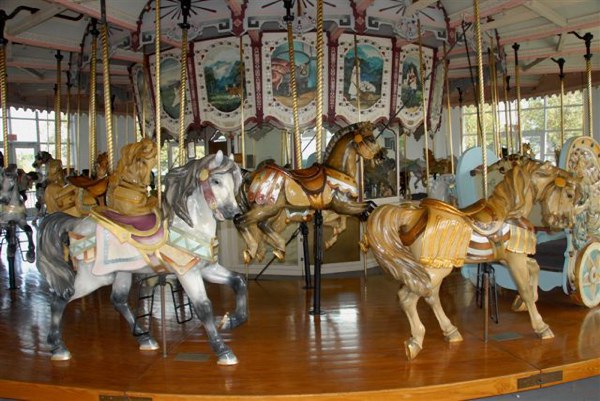 A ride on the restored 1920 Hampton Carousel, next door, will bring you down to earth in a hurry with an appreciative eye to the hand crafted wooden horses it corrals. For a chronological time line of the area the Hampton History Museum is the place to be, as Hampton celebrates is 400th anniversary n 2010.

The Hampton University Museum (http://museum.hamptonu.edu/) with its 9,000 objects is the oldest African American Museum having been founded in 1868. The University also is host to the Emancipation Oak – where the emancipation act was read once it was passed.

For a physical step back in time the Casemate Museum at Fort Monroe http://www.museumsusa.org/museums/info/1162310) is hard to beat. Here among the fortress are artifacts of Black Hawk’s peace pipe, the cell where Jefferson Davis was held, a reminder that Edgar Allen Poe lived here from December 1828 to April 1829, and reminders that it was a Union held fort during the Civil War. It was also a haven for runaway slaves when Union Major General Benjamin Butler declared salves “contraband of war.” 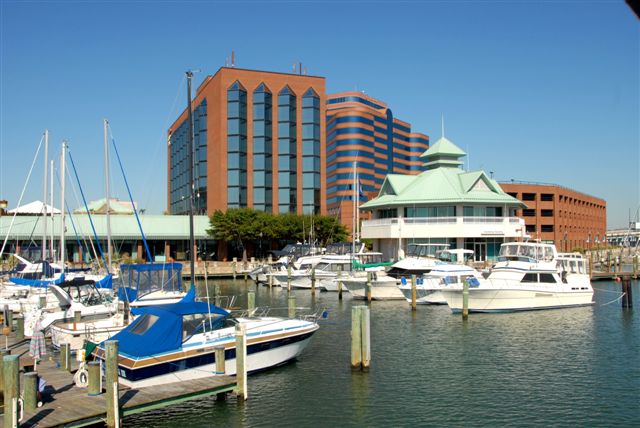 You may need a respite from all this history, and the Crowne Plaza Hampton Marina Hotel offers just that. (www.hamptonmariniahotel.com) Whether it’s a recommended overnight stay, and hearty morning breakfast or a martini night cap in its lounge, the Crowne Plaza is convenient, friendly and priced right. 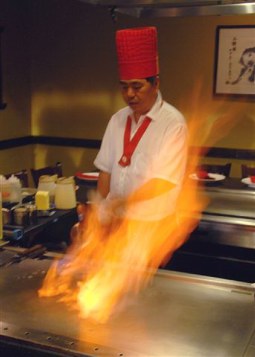 For your dining pleasures I can recommend: the Tokyo Japanese Steakhouse http://hamptonroads.metromix.com/restaurants/japanese/tokyo-japanese-steakhouse-hampton/205291/content), where they prepare table side flaming entrées (but no martinis); the downtown charm of the Taphouse (http://hamptonroads.metromix.com/bars-and-clubs/neighborhood_bar/taphouse-on-queens-way-downtown-hampton/206371/content) with its Fried Green Tomato BLT, the Pub, with an excellent fish and chips; and my favorite meal at the Surf Rider (http://www.surfridergroup.com/) (http://www.surfridergroup.com/Menu.html), with a surprisingly delectable Chicken and Penne Alfredo. Yes, they do offer martinis here, within sight of a nautical setting

Hampton Roads offers many events and festivals throughout the year, so feel free to check them out at: (www.hamptonroads.com/events)