The year of 2013 will mark the sesquicentennial (150 years) commemoration of the battle of Gettysburg – which influenced the turn in the Civil War. You know that event that many southerners call, “that recent unpleasantness?” Today Gettysburg certainly remembers its past and is preparing for the future by polishing up its historic attractions and venues, which will be tourist inundated in the next few years. 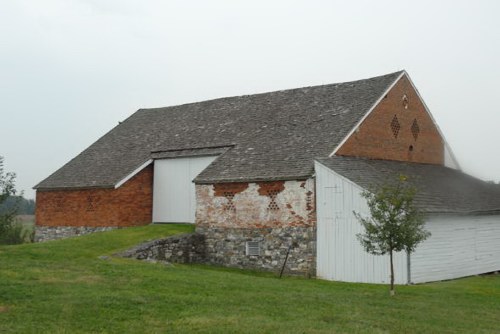 The Battlefield itself is of course of prime importance for all to see. It can be viewed by a drive through with private car or narrated bus. The best way is up close and horseback personal when you schedule a two hour ride, with the National Riding Stables at Artillery Ridge campground. (www.artilleryridge.com) Safety is of prime importance here and even for the most experienced rider, a pre check out with instructions seems a bit too cautious, since I’m not sure the horses were listening when I received my instructions.

The afternoon’s threat of a drizzle was fulfilled, but the ride, complete with narrated ear phones, commenced. From horse back you get a better and more reflective view of the terrain itself, and if you have a vivid imagination you might conjure up what it must have been like, back then. It’s not as romantic as movies portray, even though the traditional sights of Pickett’s Charge (its called such because of the 3 commanding generals, Pickett was the only one to survive and tell the story) and in the distance one can spy the rocky hill known as, little round top.

All in all the drippy afternoon was worthwhile, even though my horse named “Joy,” was not. Out of the 21 horses on my ride it was the only one that was cranky. And no, it was not the riders fault, as I was told by several wranglers that I was doing just fine, handling this ill named and frisky steed. Other tours see other areas, such as the cemetery and the various memorials placed throughout this rolling farmland. Segway Tours of Gettysburg (www.segtours.com) might be to your liking, mixing modern transportation over historic battlefield paths. One could spend more than a full day, exploring all the battlefield sites, but there is more to take in.

Guided Historic Walking Tours (www.gettysburgpa.org/guidedtour.htm) will show you around the town, including the conserved train station, historic hotels, the lively town square, and perhaps a glance inside or a performance at the restored Majestic Theater Performing Arts Center (www.gettysburgmajestic.org) where you will be taken back in time to the opulence of another era. 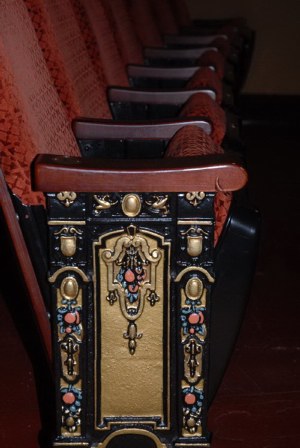 A stop at the Shriver House Museum (www.shriverhouse.org) is a must. The house is a museum brought to life by costumed, energetic, personable and informative guides such as Gayle. She will show and tell of the daily life of the Shriver house and its inhabitants at the times before and during the famous battle. How from the basement window one could see the Confederates march down the street toward the farmland where they would clash with Union soldiers. How the attic was used as a military rifle post. How daily life was lived, with hopes for a profitable bowling alley out back and pub in the basement. The period furnishings and the tales of daily life, bring meaning and pathos to the townspeople of Gettysburg. Being a privately owned museum, the pride of ownership and accessibility of the room displays are remarkable.

For those wanting a hint at ghostly happenings there are three companies for your nightly explorations; Ghostly Images (www.ghostlyimages.net), Farnsworth House Candlelight Ghost Walks (www.gettysburgshauntedaddress.com), and Gettysburg Ghost Tours (www.gettysburgghosttours.com). While ghost sightings are not guaranteed it is fun stumbling around in the dark, led by a period costumed narrator, and picking up tidbits of vintage gossip and history.

For an excellent over view of the battle and a the most extensive gift shop resource for everything Gettysburg, the Gettysburg National Military Park Museum and Visitor Center (www.gettysburgfoundation.org) might be your first stop. Here among other displays is a large cyclorama depicting a 360 degree view of the battlefield, along with a light show and narrative giving a sampling of the battlefield conflict.

On the lighter side, visits to the Land of Little Horses (www.landoflittlehourse.com), the Granite Hill Campground and Adventure Golf (www.granitehillcampingresorty.com) and the Hickory Bridge Farm (www.hickorybridgefarm.com) can bring a pleasant diversion from war for the entire family. To satisfy your appetite a sampling at the Dobbin House Restaurant (www.dobbinhouse.com) will satisfy your taste buds in this 1776 house in Gettysburg. The cozy upstairs offers dining in close proximity, as many tables are set up in small bedroom size areas.

The Eisenhower Hotel and Conference Center (www.eisenhower.com) offers welcomed overnight comfort, just down the pike from the town and battlefield, and can be your personal headquarters. For a first time visitor there are ample venues to occupy a 3 day visit or longer. As mentioned, the area is gearing up for its milestone anniversary, so I recommend getting your Gettysburg trip planned now to avoid the battalions of future visitors, enabling you to get a better feel for this very important venue of American History. http://www.gettysburg.travel 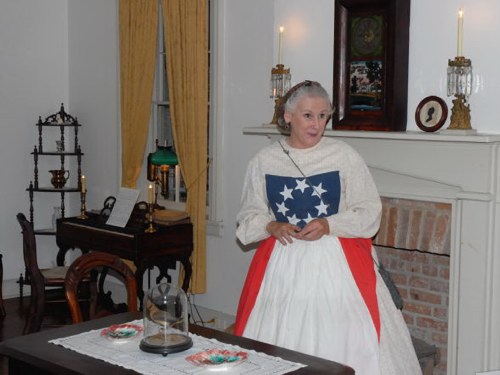