A little while ago my husband and I decided to take a cruise. It had been awhile since our last vacation with just the two of us, and we were really looking forward to getting away without the kids. We researched and studied all of the places we were going to be seeing and decided to book some of our excursions through private party. My husband looked on line and found the top things other people had done and found one he thought we would both love. Never have any words been more wrong.

We were going to be docked in Belize for 9 hours, and the excursion he picked was their cave tubing expedition. He had located a local tour guide that would pick us up at the dock. Luckily, Belize is the only English speaking country in Central America, and that made communication a little easier. He and my husband e-mailed back and forth working out all the details. My husband knew I was a little apprehensive about this tour and asked me if I had any questions I would like answered.

Well I knew a few things about Belize and knew that the tour was in a tropical rainforest, so I immediately thought of snakes and alligators and of course spiders. I am not a snake person, and well alligators are not on my list of things to see up close, but trying to be the agreeable wife, I asked the local guide by email if there were gators in the water.

I’ll never forget the response we got back. His reply was “There usually aren’t any gators in the water.” Now if you are like me, I only had a problem with one word, “usually.” If he was trying to put me at ease, he failed miserably.

My husband told me not to worry and that everything would be fine. Yes, famous last words.
Well the day of the tour finally arrived. The cruise was going beautifully, and we had already been to two other ports that week. We had visited the pyramid ruins of Chechen Itza in the port of Progresso and the white sandy beaches in Cozumel. We were now ready to take on Belize. 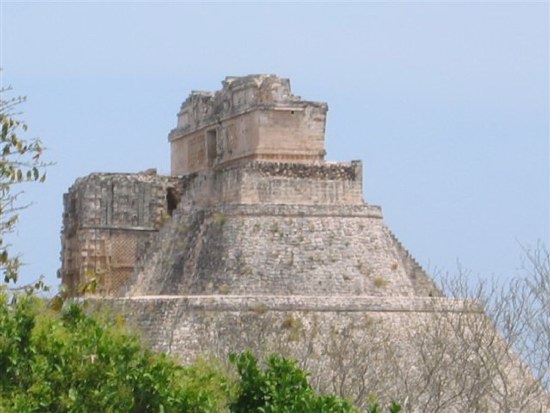 Our tour guide was at the dock as promised and led us to a rusty old school bus. At dinner the night before my husband had convinced some of our fellow passengers and table mates to come with us. So after a few minutes of price negotiation we were off. The bus ride took about an hour and let me just say the bus was sorely in need of some new shocks as we traversed over the bumpy dirt road.

About an hour later we reached the drop off point. Upon exiting the bus we were all more than happy to leave, the forest awaited us. It was incredibly beautiful with the sun shining through its canopy.

We went through a quick orientation and were given a head lamp that we would use in the caves to see. Once they had gone over all the safety information, they led us to a pile of old inner tubes. Now I grew up tubing behind boats or on snow, and let me tell you these tubes were tiny. My husband and I are not small people at close to 200lbs., but our tour guide had assured us that our weight would not be a problem. Looking at the tubes that would be fine for an 8 year old, I had some serious doubts.

I grabbed the biggest tube I could find though and set off on the trail into the forest. Halfway to our destination we came across a small snake sunning it’s self on the path, my heartbeat was really ticking away at that point, but we gave it a large berth and walked around it.

Upon reaching the river bank I couldn’t help but notice that the water level wasn’t very high. I pointed out this fact to our guide only to be told that it was the dry season and not to worry it should be deep enough for me to float over.

Walking into the river that only reached my ankles I was really beginning to doubt that this was going to be fun. Setting my tube in the water I watched the others begin their trip down the river. Not wanting to be last I quickly sat on my tube and promptly certain attributes hit the sandy bottom. The guide tried to drag me over to what he said was deeper water only to have my swimsuit fill with gravel. Lucky for me, I was not the only one having this problem. By now several other tours were entering the water, and most of my group was half-way down the river winding their way toward the caves. I decided that I could walk faster in the river than try to float, so I got up and began walking along the riverbed carrying my tube.

My husband had found some deeper water and kept encouraging me to get back on my tube but I was not in the mood to listen to him. Hind sight of course is 20/20 and looking back maybe I should have listened to him. Well, as I was walking along the very shallow water I noticed that it was light in some areas and dark in others but didn’t think about it too much as I stomped my way towards the caves. I then walked right into a dark spot and the water went over my head. I came up sputtering and swearing and quickly got on my tube. The river had picked up speed and I was being carried at a much faster pace now. Up ahead the caves were drawing near and there were several people being funneled together into them with the current.

When my tube reached the caves I turned on my head lamp and tried to look around. It was pitch black inside and my tube was slowing down. The caves were amazing and the river winding around through them at an easy pace was really cool. Just when I was starting to get comfortable and enjoy the “ride” my bottom promptly hit the sandy bottom once again. 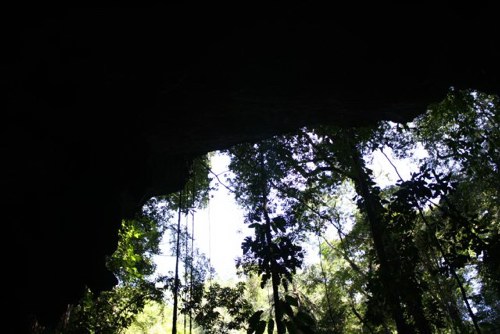 Trying not to panic and failing miserably, I tried to get myself to some deeper water. I couldn’t see anything and I was too beached to move so I had to get up. My husband was somewhere, and I could hear him calling my name, but I couldn’ see him. Even with my headlamp the water looked like a mass of ink in the darkened cave. I tried to feel my way with my foot to see where the water might be deeper, other tubes were ramming up against me as I tried to keep my balance. Finally, I could feel the slope of the bank go deeper and I got back on my tube. There were so many people in the cave now that I was pushed into the wall of the cave. Looking over my shoulder at the wall of the cave I looked right into the hairy eyes of a very big tarantula.

I let out an ear piercing scream as I frantically tried to get away. It scurried up the wall and out of sight before I was finally able to catch the current once again. Now, if you are thinking that this can’t possibly get worse at this point, boy are you wrong. When I finally made it out of the cave and was still afloat I could see my husband holding a tree branch waiting for me. He asked me how it was going, and all I could say was that I hated him. Yes, this was not the best experience of my life, and I just wanted it to end already.

The current was gaining speed again, and up ahead I could see a turn and a guide in the water attached to a rope. He was grabbing people’s hand and pulling them towards the shore. The water was really flowing fast now and we were flying down the river. My husband was right next to me and as we came to the turn the guide reached out and grabbed my husband but when he tried to grab me I flew right past him and over the edge of a drop off. It wasn’t a huge drop off but I had clearly missed the exit. I looked behind me in a panic trying not to scream and saw another guide grab a tube and come after me.

Once I was through the rapids, so to speak, the river slowed enough for me to paddle over to the side and find a shallow spot to stand up and wait for the guide to come find me. Missing the extract point meant that I had to walk another 30 minutes in the forest with a guide who kept apologizing the entire way back to the bus. Apparently, this kind of thing never happens, yeah go figure for me.

The rusty old bus was a welcomed sight to be sure, and even with its terrible shocks I was never so happy to be heading back to the ship in my life. I didn’t talk to my husband during the hour ride back, and I think he knew it would be best not to say anything. One thing was for certain, I would never ever forget Belize.

I could end it there but feel it necessary to mention that I have actually been back to Belize several times now and really love it there. The coral reef is gorgeous and the canopy tour is outstanding. I have not as of yet ventured back into the river to see the caves again. Who knows, maybe I will test fate once again, um…maybe not.