Our next stop in our SmarTours of Turkey was to be Ankara, the capital of the country. As we drove through the countryside on long coach rides every other day, Matin our tour director and guide lectured all about Turkey. Since he has a Ph.D. in Political Science and Sociology and History, it was a great bonus to learn all about his country. He had a large map of Turkey hanging at the front of the bus so we could orient ourselves as we moved to each new area. His sense of humor was fun, his stories entertaining, and his knowledge amazing. We felt as if we were gaining a college degree as we rode, and it made the long rides pass quickly.

Among many other things we learned as we drove past groves of hazelnut trees in the high plateaus was Turkey grows 65% of the world’s crop of these nuts and is second in apricots and pistachios and table olives, 4th in olive oil, fifth in cotton and seventh in wheat. The government owns all forests and meadowlands. Most farms are small and privately owned. We drove through beautiful snow-capped mountains similar to the Great Smokeys as we traveled from Istanbul to Ankara.

Fortunately, our excellent driver Arif (who drove us 2,200 miles in all) stopped every hour and a half for a half hour for snacks, visiting, and restrooms (which were always pristine and had western and oriental toilets, toilet paper, and soap and towels because Turks are taught strict hygiene from toddler age.) Our surprise was that lunch time was at places like truck stops, which had excellent, fresh-cooked meals in cafeteria style with chicken, meatballs, and many other main-dish selections, lentil or tomato or yoghurt soups, fresh baked breads, and delicious pastries with honey and pistachios. We all gained weight in the two weeks and no one had stomach problems. The first journey’s stop was at Dorukkaya Restaurant at about 3,000-foot altitude, The fresh cool air and sunshine and a large lake in back surrounded by snow made it a refreshing break.

We drove on through the afternoon to Ankara, the capital and second largest city. In 1923 General Mustafo Kamal, known to the world as Ataturk, moved the capital to this central location and started urbanization in this planned city, which grew from 30,000 to close to five million residents. As the first president of Turkey he was given the title Ataturk (Father of Turkey) by Parliament. To this day he is revered as the beloved genius of the 20th Century who freed the country from the Sultans of the Ottoman Empire, who had had absolute tyrannical power for centuries dating back to the time of such sultans as Suleyman the Magnificent, who controlled the whole Middle East and 1/3 of Europe from Gibraltar to Vienna. Ataturk was the leader in the Ottoman Army during the tragic Battle of Galipoli to defend Turkish control of the Dardenelles during World War I, in which a total of 500,000 men were killed. 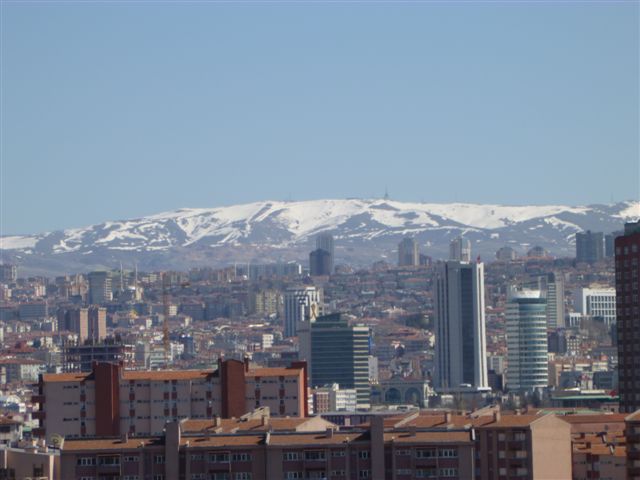 Ataturk organized the Independence Movement of Young Turks, which led Parliament and the Sultan and the world to realize this is not a mad man but a true leader. The Peace Agreement to settle Turkey’s borders was signed on Aug.13, 1922. Greek occupying armies left and the Sultan left the country without taking his wealth of rubies, emeralds, and diamonds, saying, “The wealth is not mine, it belongs to the Nation.” Ataturk refused to become Sultan and in 1923 organized Turkey as a Secular Republic, so no theocracy could rise up as in other Middle Eastern countries. Ataturk said education prevents fanatic religion and ignorance from destroying society.

With full equality for men and women, western dress was adopted. With the new Parliament he led in remaking the country, bringing it from the ancient, backwards ways of the Middle East to the modern European ways. He changed the alphabet and literacy grew from 5% to 77% before his death in 1938. He changed the calendar from lunar to solar and the public week day holiday from Friday to Sunday. He opened the first private banks to give loans to individuals to get businesses started. He opened universities across the country, even in the more rural areas.

In Ankara we first visited Ataturk’s Memorial Mausoleum built in 1953. It overlooks the perfectly laid out capital city with snowy mountains in the background. In the afternoon Matin led us on a very informative tour of the Anatolian Civilization Museum with relics back to Paleolithic and Neolithic times. At the museum Matin pointed out the significant pieces and gave us a running history of mankind. It was almost too much to comprehend with his references to mythology, wars, heroes, rulers, and literally the timeline of pre-literate and literate times.

Among the fascinating pieces were the first letters: clay tablets written in Cuniform which were slipped inside envelopes addressed in Hieroglyphics to someone in Egypt around 2,000 BC. We saw actual pieces from burial sites from centuries before Christ, such as articles from the Midas Tomb, described as the largest burial tomb in Anatolia. There were no replicas here. Turkish archeologists did all the excavations, and all the findings are housed here. In the earlier 19th Century archaeologists from other countries took the antiquities they unearthed back to England, France, and Germany. But now the archeological finds in Turkey stay in Turkey.

There were four significant dominant cultures of Turkish history: Hittites 2,000 B.C., Greeks 1200 BC, Romans 200 B.C., Byzantines, Seljuks, and Ottoman 1200 A.D. Located between two continents of Europe and Asia Minor, Turkey is a bridge close to Africa and the Middle East, and some 2683 ancient cities have been discovered by archaeologists throughout present day Turkey. The area now called Turkey has always been important for the three Abrahamic religions: Jewish (Sardis was here in 2,000 B.C.), Christian (John the Apostle, Paul, and most likely Mary the Mother of Jesus were here); and Islam. 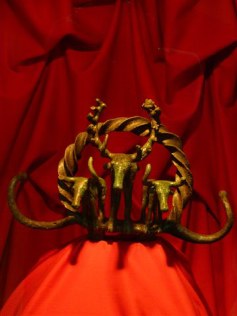 We spent one night at the lovely Hotel Barcelo Ankara Altenel where we had a delicious buffet dinner and breakfast. As we left this city headed for Cappadocia we learned about Turkey’s government: The law-making body, Parliament, has 550 members and is unicameral, with cities represented according to their population. The Prime Minister is leader of the winning party. Laws must pass the Cabinet, Ministers, and the President, who is elected for seven years. Upon election the President must resign his party so as to be non-partisan and lead fairly for all. Citizens over 18 have the right to vote. Turkey maintains a huge military of over two million, prepared to activate within one hour. The President is head of the Army, and two years’ military service is compulsory for males over 18. Everywhere we saw the Turkish flag, adopted under Ataturk, proudly blowing in breeze with a white crescent moon and star on red bandera. The crescent and star do not stand for Islam in this secular country. Instead the crescent stands for re-birth of the nation, and the star represents progress of modern Turkey as a rising star in the world. The red is for the blood shed for Turkey to maintain its independence.