Our trip started in New York on the next to last day of September. Thirteen hours to Dubai with a three hour layover and then five hours to Nairobi where we were met by private charter and flown to Siriko1, an incredibly beautiful camp on the Lewa Conservancy. Lewa was originally a 100,000 acre farm owned by the Craig family, and was turned into a wild animal conservancy by Ian Craig. Through Ian’s efforts, many endangered black and white rhino have been saved and now prosper at Lewa. This park is guarded by rangers who were former poachers, converted by Ian who demonstrated that through eco-tourism, a live animal is worth far more than a dead one. I woke the first morning, lifted my head, and out of the tent saw a small herd of elephants grazing and drinking at the water hole. They were joined by water bucks, impala, cape buffalo, wart hogs and a recued cheetah named Sheba who delighted in trying t o spook the animals. Our first night was punctuated by the sounds of rhino fighting on the lawn outside our tent, hippos grazing in the same area, and a lone leopard stalking smaller prey. 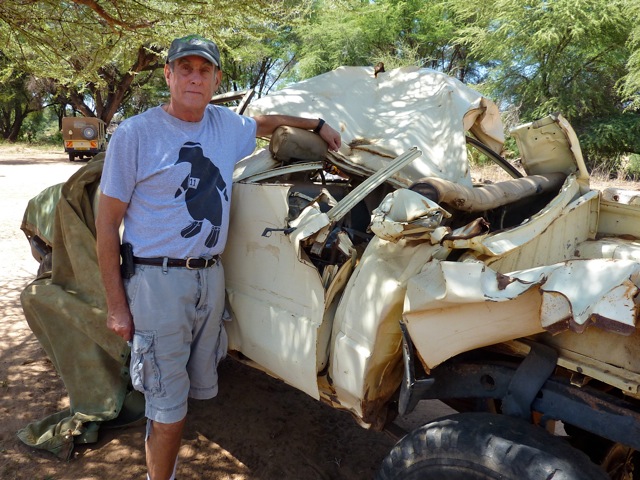 Our next camp was Sarara, set in Samburu country. The Samburu are cousins of the Masai, and our guides were all Samburu warriors and experts in spotting wild animals in the Bush. We saw “The Big Five”, lions, leopards, rhino, elephants and buffalo at Sarara, but the most special treat was dinner under the stars while we watched a family of fourteen elephants come into a clearing below to drink.

They were no more than 50 yards away, a distance that would later seem miles away compared to our next camp called Elephant Watch. This camp is run by the world famous Ian and Oria Douglas-Hamilton, who have spent the past forty years looking after and studying thousands of elephants. 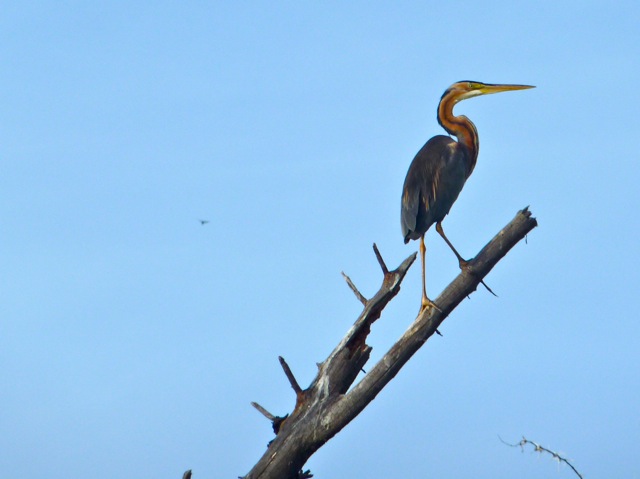 They and their incredible guides have named the many different families for mountains, artists, royals and rivers, and know almost all the members of each family by name. One morning we set out with a picnic lunch at the river. When we arrived “The Royal Family” awaited us. There were at least thirty elephants, bulls, females, and young elephants suckling their mothers. They recognized the car and the guides by smell, and were not the least bit threatened by our appearance. We got out of the car, usually a big no-no when around any wild elephants, and had our lunch. As we sat there with a cool breeze in our faces, three other families passed by and went into the river to drink. On our way out of the area, one big bull came right up to my side of the car, and raised his trunk to sniff the inhabitants. His trunk came no more than six inches from my face! To say this experience was thrilling would be a gross understatement. 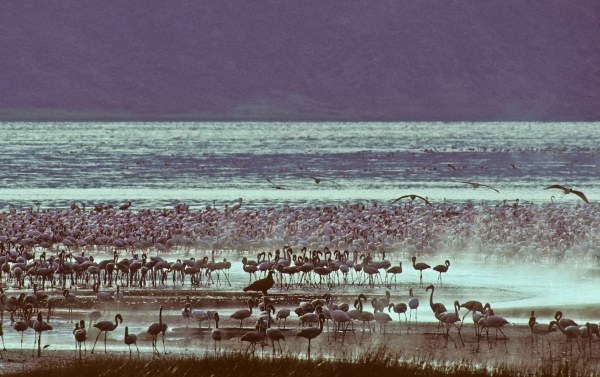 The Flamingo pictures were taken by Dr. William Conway, a former CEO of the Wildlife Conservation Society and a world famous environmentalist/conservationis.

We ended our trip at Samatian Island, a small, beautiful place on Lake Boringa in the middle of the famous Rift Valley. Here we saw thousands upon thousands of birds, including the over three million flamingoes on a nearby lake. We saw eagles, hippos and crocodiles, and were very sad when we had to leave. In all it took us twenty-seven hours to get home. Tired, jet-lagged, but unbelievable thrilled by our experience.