If Olive Garden ever cancels their trademark slogan “when you’re here, you’re family,” the city of Moab should snatch it up. Wherever my family and I went during our recent trip there, we felt like we belonged.
Sometimes called “Utah’s Adventure Capital,” Moab is home to two national parks: Arches and Canyonlands. We took a self-guided tour of Canyonlands (www.nps.gov/cany) and were absolutely stunned. One of our favorite sights was Dead Horse Point—which, in our opinion, rivals the Grand Canyon in beauty and majesty. 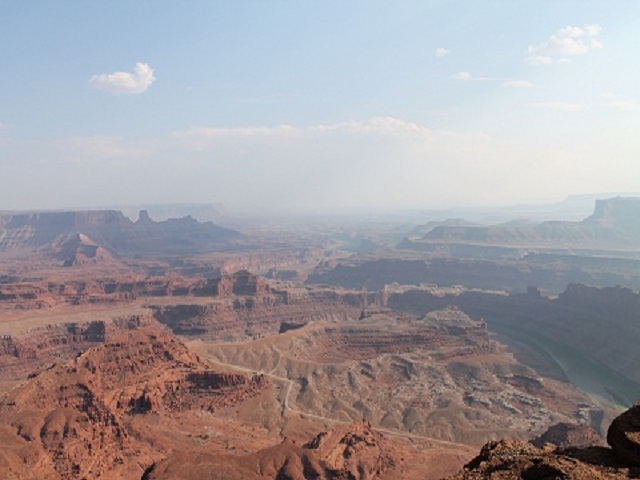 Our tour of Arches was guided by Tag-A-Long Expeditions (http://www.tagalong.com). This company has been in business for fifty years, and it’s not hard to understand why. The kids are still talking about our guide, Tim, who was very personable and particularly attentive to them. We had the unique experience of traveling in a 4×4 through the park, balancing time between driving through wild backcountry and stopping to hike to familiar sights—including Balanced Rock, Delicate Arch, and Double Arch. 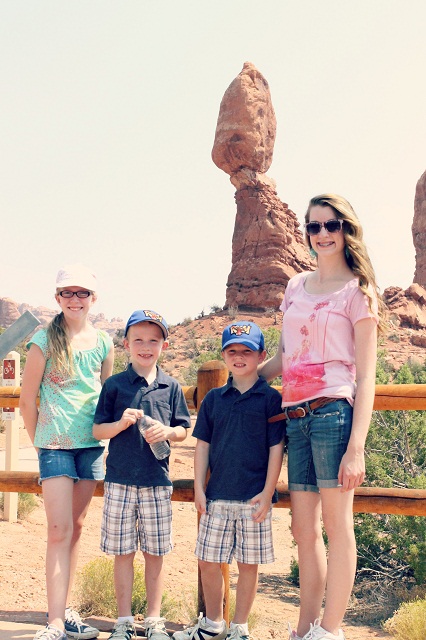 One highlight of our Moab adventure was a rafting expedition on the Colorado River with Red River Adventures (http://redriveradventures.com). The trip began with a bus ride from downtown Moab to the Upper Colorado River Scenic Byway (SR 128). “River Road,” as the locals call it, is described as “spectacular” by National Geographic Magazine. After passing through the Castle and Professor Valleys, we got into rafts and spent the remainder of the day on the River—rowing, swimming, and enjoying the thrill of the rapids. In the afternoon, we briefly disembarked on shore for a tasty lunch of turkey wraps. The guides became instant heroes to my young twin boys when they informed them that they could eat as many cookies as they wanted. In addition to being great with kids, the guides were hilarious, informative, and skilled.

Another Moab “must do” is horseback (and muleback) riding at Hauer Ranch (http://moabhorses.com). Owners John and Sena Hauer took us on a half day ride along the Colorado River, across creeks, and into the backcountry near the famous Fisher towers. I’ll never forget my kids squealing with delight whenever the equines they were riding started to canter. The Hauers are incredibly knowledgeable about the history of the area and communicate that information in an interesting and memorable way. I’ll never forget my wife, Melissa, squealing with delight when it was pointed out that Jon Bon Jovi filmed his music video “Blaze of Glory” on a nearby butte called “The Rectory.” 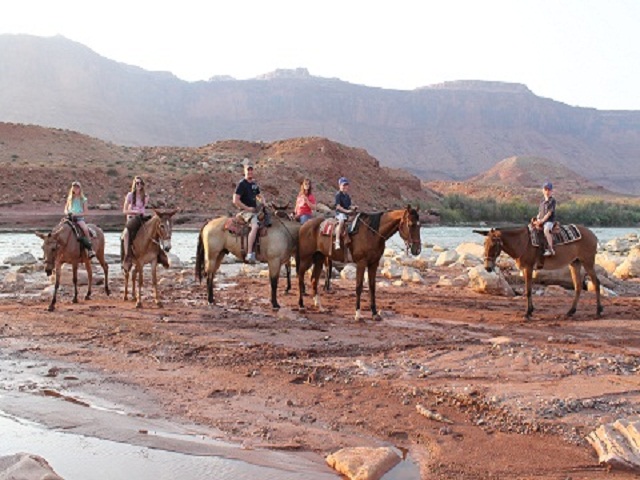 As we left town, heading north, we were encouraged to stop at a little cove near the junction of Route 128 and Route 191 to fill our water bottles at Matrimony Springs. The legend is that if you drink the spring water there, you will come back to Moab. Unfortunately, it was getting late, and we needed to get the kids back home for school the next day, so we weren’t able to stop.
No matter. We don’t need a drink from the Springs to get us back to Moab.