In the shadows of the Shenandoah Valley and the Blue Ridge Mountains lies some of the greenest land in the United States of America. Merely flying in over this region was the first treat of the trip. A dear friend of ours (and native Virginian) often says, “God waters Virginia.” From the air, it appears that the only time the flora and fauna ends is when man has cleared it away for purpose/privilege of living in the middle of the garden. I’ve lived in Washington State and thus am no stranger to green or to the heavens opening to bring that green. However, Virginia somehow maintains its prolific and bright foliage in the midst of the heat of the south – that’s no small feat! In fact, while in Harrisonburg, we saw one small patch of brown and found it worth a picture because of its peculiarity and even its singularity on this trip.

Aside from being one of many Virginia cities that both Union and Confederate forces passed through during America’s US CIvil war, and from resting below the majestic Blue RIdge Mountains in the Shenandoah Valley, Harrisonburg, the little brother to Charlottesville, Virginia is a true college town. JMU (James Madison University) draws the masses. Once there, a variety of eats and haunts can be had.

In Harrisonburg, tradition truly meets today! Kline’s Dairy Bar http://www.klinesdairybar.com dates back to the early 1940’s as a frozen custard peddler extraordinaire and Kline’s customers have developed a near cult-like following. One can certainly get other cold goodies here, but the soft-serve ice cream in its chocolate and vanilla flavors (plus a day-of-the-week special – ours was Strawberry Cheesecake) is what keeps em’ coming back again and again. Further, though not so entrenched in Harrisonburg, the recently added southern fast food wonder known as Cookout is a great add to the area. Cookout brings all things Americana to the table. True to its name, we had burgers, hot dogs, chili dogs, bacon wraps and the like. Don’t leave Cookout without adding their crunchy and creamy cole slaw onto whatever you are eating.

And, be sure to get your fix of Cheerwine from the tap! If you aren’t in the south, Cheerwine is not readily available. This was our first time tasting this full, rich, smooth cherry flavored soda and it might be reason alone to return to Virginia!

We found Cheerwine with most every other tasty treat at the Shenandoah Mennonite Market in Harrisonburg http://shenandoahmarket.net The Mennonite Market is an experience to long be remembered! From its fabric stores (frequented by Mennonite women buying a favorite textile to make their own clothing) to vintage/relic items, The Mennonite Market offers nearly everything in between. Our favorite places included the jam/jelly store known as Country Canner where we watched our preserves being made and Grandma’s Pantry (where we found nearly every bulk item imaginable). Don’t miss this gem just outside of Harrisonburg’s downtown. 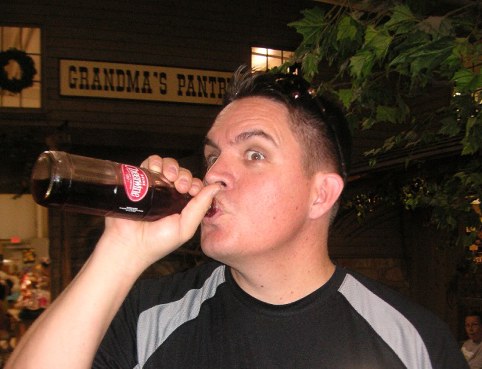 Not far south of Harrisonburg further down the Appalachian Trail you’ll find the birth and resting places of some of the nation’s most prized forefathers. A trip to central Virginia is not complete without paying homage in Lexington. Lexington oozes with American History. The campus of Washington and Lee is not only home to over a thousand current college students, it is the final resting place of Civil War General Robert E. Lee (remains enterred below Lee Chapel). While on campus, schedule time to see the Museum http://www.leechapel.wlu.edu The tour was both inspiring and enlightening as to the connections of Robert E. Lee to Virginia, to 1st American President George Washington and to the advancement of honor and valor in the American soldier and student alike.

Another must see in Lexington is the city cemetery where a fitting stone monument is laid at the final remains of Virginia’s own Thomas “Stonewall” Jackson. This icon of the south proved to be, perhaps, the most troubling southern military leader of the war. With his deep knowledge of the Blue Ridge Mountains and all areas surrounding (including local caves and forests) Jackson often led his men into any such “hiding” place only to surface, conquer and resort again to the safety of back-wood Virginia. Jackson was deeply religious and felt driven by and relegated to God in every step of his life. Seeing his graveside, among others from the early 1800 (and even some 1700’s!) was nearly overwhelming.

Situated between the cemetery and Washington and Lee campus along main street lies a Virginia legend in its own right – Macado’s. Macado’s http://www.macados.net has several decades of rolling out some of the tastiest sandwiches in the known deli world. One can find more than deli meats on a variety of fresh breads at Macado’s, but I’m not sure why you would go further than the Ziegfield’s Club or one of their amazing Rueben sandwiches. This time around, the service was beyond poor (took us nearly two hours to get in and out) but that was certainly atypical. I’ve recommended Macado’s many times before . . . and even since; we will be back for another stay I’m sure – here’s to a mouth watering wait due to the distance of miles and not delay of staff.

Leaving Macado’s with full bellies, we were geared up for the small drive and tiny hike to view America’s answer to Stonehenge . . . FOAMHENGE! The brainchild of creator Mark Cline coupled with the construction efforts of (according to one sign posted on the hill) that “one crazy white man and 4-5 Mexicans”, FOAMHENGE is a full scale replica of England’s mysterious Stonehenge. 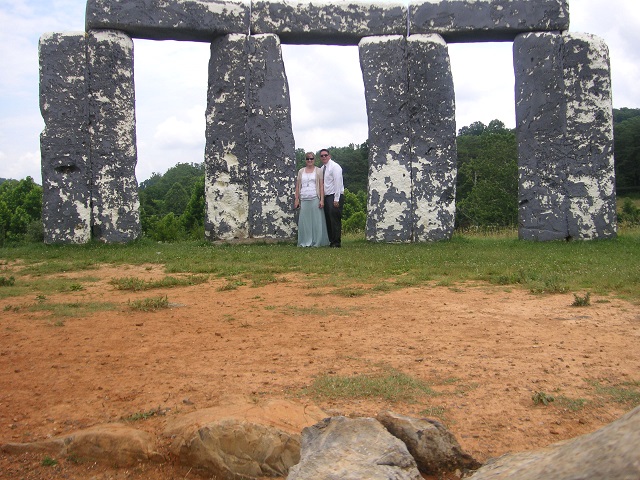 FOAMHENGE is an easy turn out en route to Virginia’s Natural Bridge Park which is just minutes from Lexington. While not a destination unto itself, it’s an artwork not to be missed along the way. We’re told the natural bridge is certainly a stop to make as well.

A great day (or two) trip in Central Virginia would be to not miss Harrisonburg and Lexington – two of the best looks at Americana and only within minutes of each other and a few short hours of the Charlottesville, Richmond or Roanoke airports.