Let’s be honest . . . not one person reading this article has ever gone to New York and had the same experience as the next person who will read it. And, though I’m a huge fan of a Hansel and Gretel method of travel writing (leaving plenty of crumbs for readers to follow) I think I’ve finally come to terms with the reality that this could be my first pure travelogue I’ve ever written for RealTravelAdventures.com.

I’m throwing down the challenge. Indeed, I “double-dog-dare” you NOT to follow my footsteps nor recommendations on your own trip to NYC. Go. But go it alone. DIY – Do It Yourself. You, and whoever you might take with you, owe it to yourself to make NYC your own.

If you take my challenge, be prepared to fumble through it like the rest of us, but also be prepared to be hooked by the time you leave; your conquest of New York will endear you to it for a lifetime.

In what would be the first jaunt to NYC for three of the four of our party, we went with no plans, only a few possibliities for our itinerary and all of us in full doscovery mode. Four dear friends, one electric location and a lifetime of dreams ahead of us. Though time was limited, NYC provided any energy boost needed to make the most of every tick of that time.

JFK is a JetBlue (www.jetblue.com) hub – and who wouldn’t pick the most comfortable airline in the business to cross the country? TV at each seat, all the snacks you’d like, affable staff on all legs of the trip and plenty of seating space. However, after that tip . . . I’m sticking with my original statement – once you’re in NY . . . “go it alone!”

Find your own MTA (NYC Metro/Subway) route. The J Train line was under construction so we had a “run-around” route through Queens (coming from JFK en route to Whitehall Terminal). Queens was an experience in itself! We were on a Saturday (Jewish Sabbath) in Queens and had the joy of seeing many Jewish Orthodox men in their Sabbath best. Take your own path to the Statue of Liberty (harbor cruise?, Staten Island Ferry?, Liberty Island Tour? Etc.) We took the Staten Island Ferry (always free and always running every half hour). 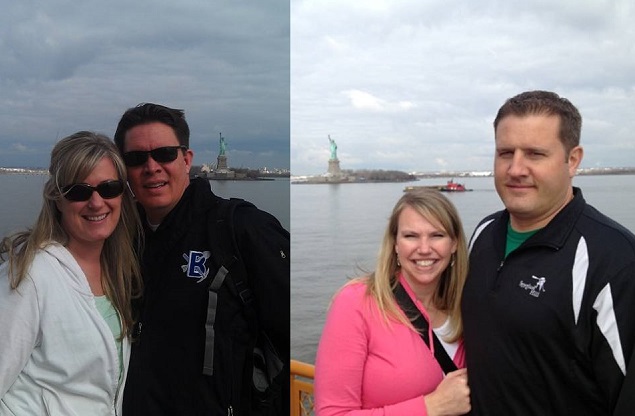 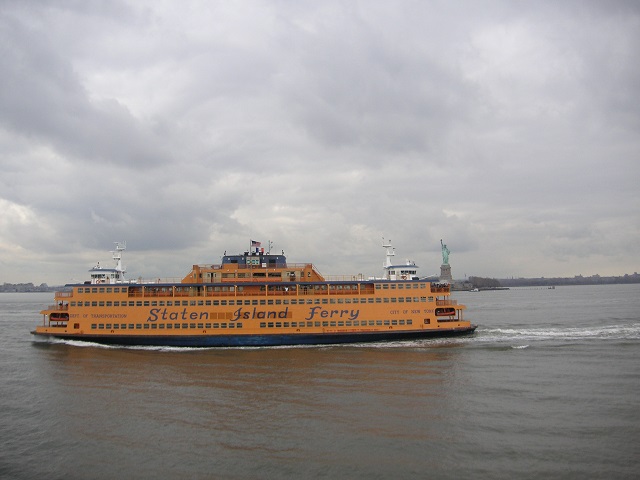 Mill around the south end of the island, but don’t take the Wall Street “Charging Bull” by the horns just because I did. Find your own icon to prove you were in the epicenter of the Empire State. 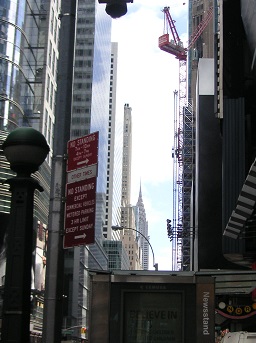 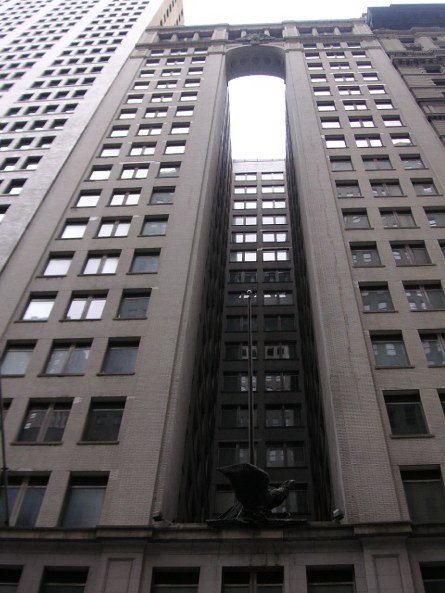 Go without a travel agent’s recommendations. Use New York’s official travel website http://www.nycgo.com for anything you think you might want to do; perhaps dare to spring upon Broadway without pre-paid show tickets.

While you’re on Broadway . . . eat where you want; though Junior’s (Deli and Cheesecake) http://www.juniorscheesecake.com will still be packed to the gills with or without you. Forget that the Reuben we had there – the one that still has me salivating and longing for their homemade Thousand Island Dressing. Forget that the 10 oz. Steak Burger and homemade pickles and beets were addicting enough for me to still adorn my office wall with a “take out menu”. You chose.

Do or don’t make time for the 9/11 Memorial http://www.911memorial.org. Who am I kidding on this one – don’t miss it! Look close for the Survivor Tree. This tree, among the last living items removed from the site, is nothing short of awe inspiring. Stare into the black abyss of the two memorial fountains. Ponder the freedom that allows you to be in that very spot at that very minute. Breathtaking. Awesome.

Take the love of your life.