According to The Monaco Times article, dedicated to this year’s record numbers of tourists flocking to the second smallest and most densely populated country in the world, Russian visitors closely follow the tourism avalanches descending on the tiny Principality of Monaco in the South of Europe from the neighboring France and Italy, and the U.S.A.

The idea of running The Year of Russia in Monaco came up during a meeting between the Russian President and the Prince of Monaco back in 2013. A total of one hundred and forty events were planned for 2015 – the Year of Russia – including twenty-six concerts, four ballets and three operas – to emphasize the two countries’ shared cultural legacies and the historic ties between them. The year-long program also features other spheres of collaboration between Monaco and Russia, such as science, education, sport, food and fashion.

The concept of a whole year dedicated to the culture of another country is a first for the Principality, and a vivid reminder of its openness and cultural awareness. Each month of this year is packed with art events, conferences, and culinary presentations at various hotels and restaurants of the Société des Bains de Mer – a 150 year-old institution shaping the dreamily glamorous and elegant image of Monte-Carlo through a wide range of its properties and services built around the brand’s core values – excellence, generosity, audacity, creativity, and passion.

…On a hot mid-summer day I boarded a Heli Air Monaco chopper at the Nice airport, and after a seven-minute ride settled at the Monte-Carlo Bay Hotel.

With a sigh of relief I immersed myself in a refreshing sandy-bottom lagoon, before ordering a champagne cocktail at the trendy Blue Gin bar on the premises of the five-star hotel.

At dusk, rejuvenated and excited, I was donning my petite robe noir and heading to the Imperial Dinner at Monte-Carlo Beach Hotel. It started with high-class entertainment by The Soloists of Monte-Carlo – soprano Elena Bakanova and tenor Yuri Kisin who masterfully performed arias from Russian operas in the magical blue light reflected in the large swimming pool of the hotel. 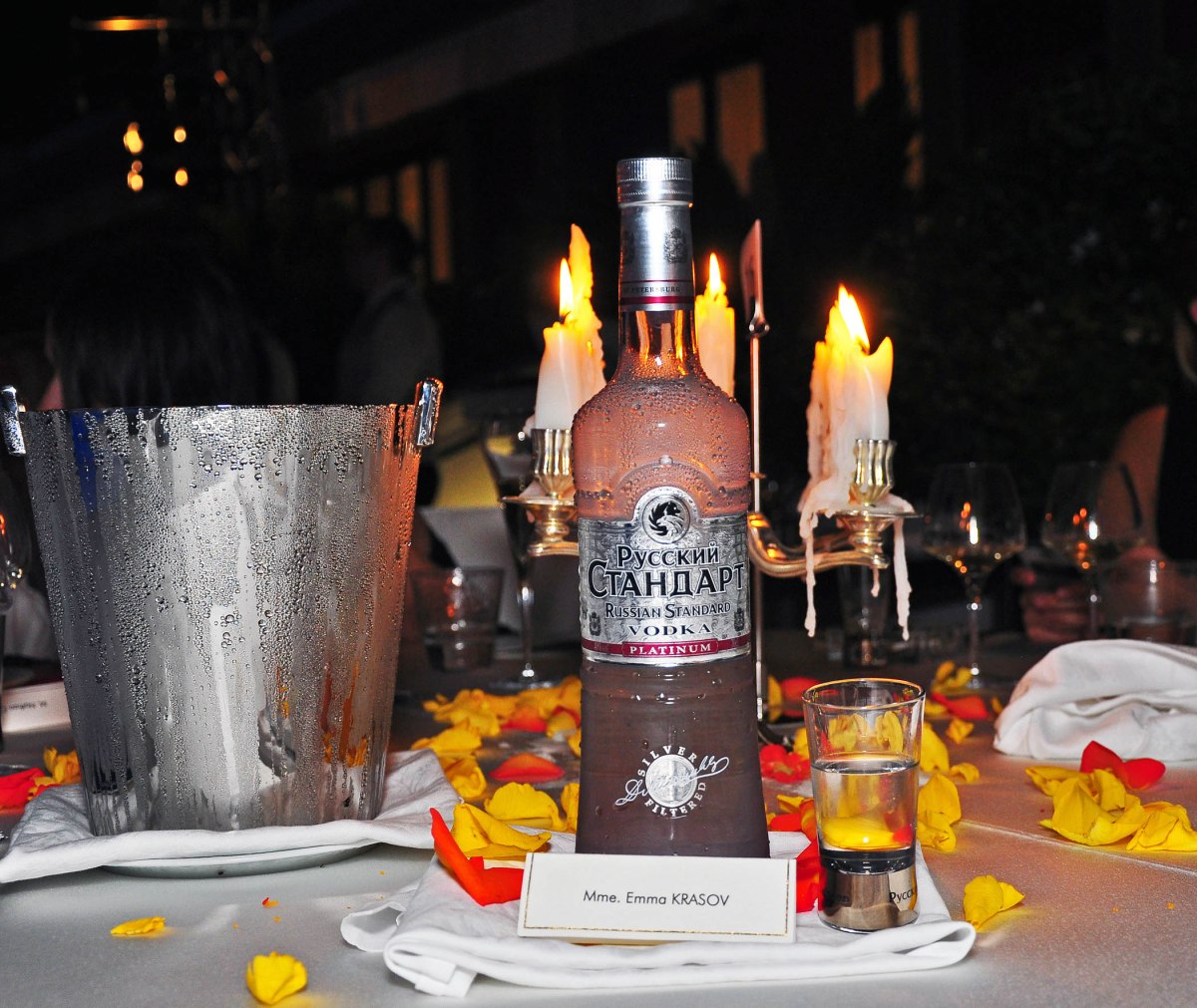 With the exquisite food and wine, music and light, the dinner felt positively imperial even though no Emperor was present… 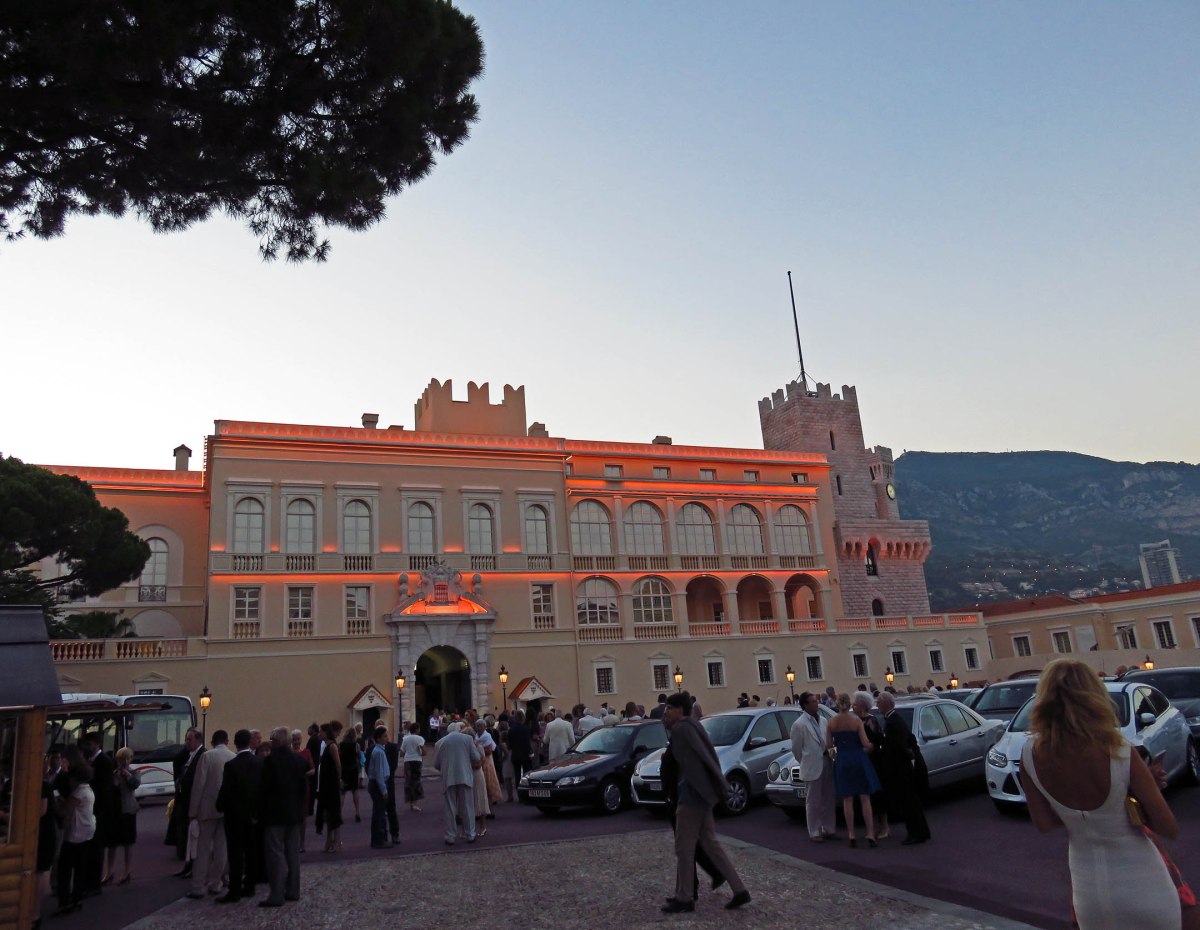 His Serene Highness Prince Albert II of Monaco honored with his presence one of the key events of the Year of Russia program – maestro Valery Gergiev’s concert, where the highly-acclaimed Russian conductor lead the Philharmonic Orchestra of Monte Carlo performing Aleksandr Borodin’s “Polovetsian Dances” from the opera “Prince Igor,” and Tchaikovsky’s Symphony #5. (The symphonic music concerts started at the Palace in 1959, and remain open to the public and extremely popular with the visitors and the Monegasque alike).

Dressed up to the best of my abilities, arriving for the concert at the Prince’s Palace on the top of a hill in Monaco-Ville overlooking the Mediterranean Sea, I was temporarily blinded by the sea of diamonds worn by mostly nubile, mostly Russian-speaking golden-haired women accompanied by mostly silver-haired French-speaking men…

Every step of the way in Monte Carlo I ran into my compatriots. A tour of the historical exhibition in the Palace library, “The Grimaldis and the Romanovs” exploring 150 years of the relationships between the two royal families, was led by a young Russian woman, married to a French citizen ”via internet,” and now commuting to work from Nice.

At the “From Chagall to Malevich, the revolution of the avant-garde” exhibition in the contemporary glass-and-steel building of the Grimaldi Forum, I participated in spontaneous Russian-language discussions about Russian constructivism, suprematism, cubo-futurism, and neo-primitivism, all the while admiring the rarely seen masterpieces created by the great Russian artists between 1905 and 1930. 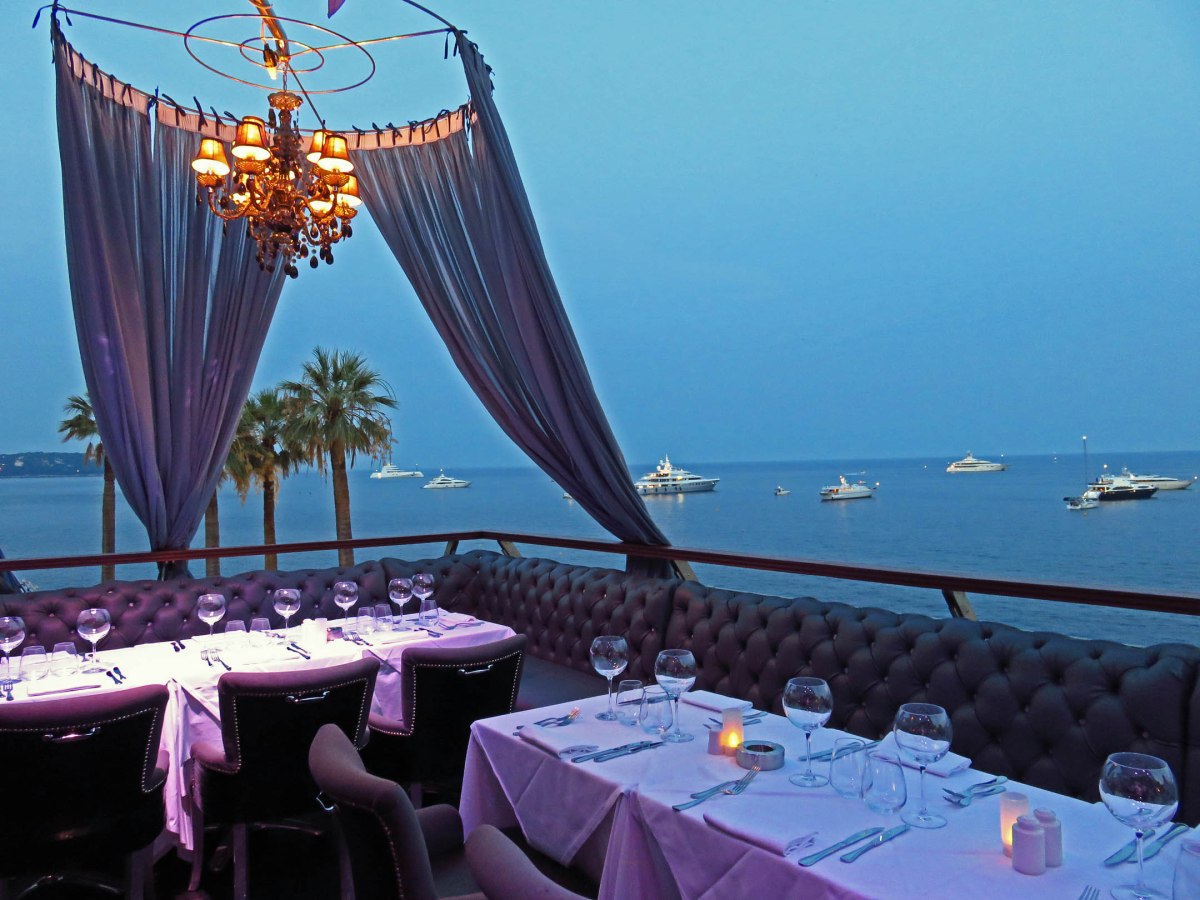 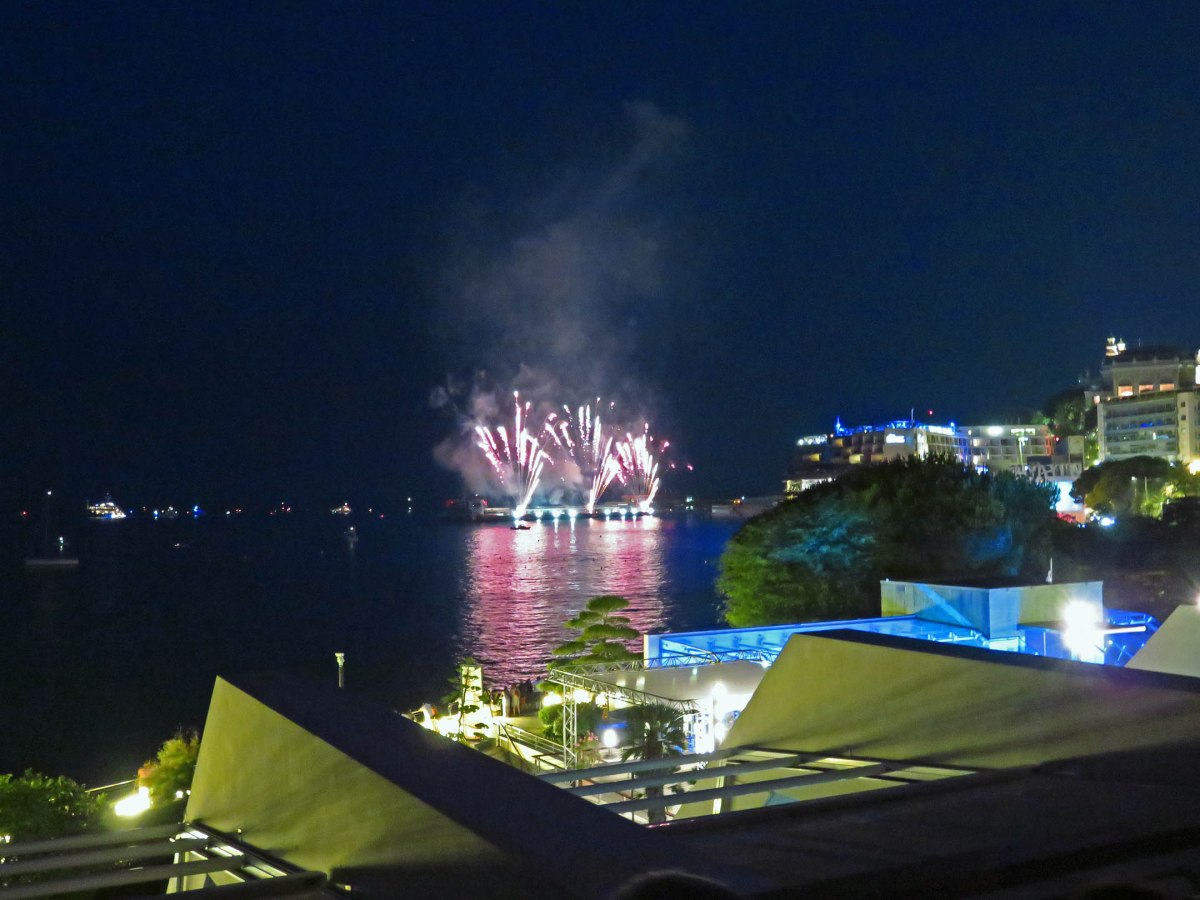 Afterwards, having dinner on the open terrace of the posh Zelo’s restaurant right there, at the top floor of the Grimaldi Forum, I had a chance to watch not only elaborate fireworks on occasion of the 10th anniversary of Prince Albert II’s rule, but also the arrival of some celebrity guests – Sylvester Stallone and Julian Lennon to be exact – seated a couple of tables away from me. I didn’t want to eavesdrop, but I could probably safely bet on the Russian descent of a bevy of young blond women who kept them company.

At Le Meridien Beach Plaza Hotel, where I enjoyed a lavish Sunday champagne brunch, I was cordially greeted a Russian front desk attendant, then by the Russian-speaking food and beverage manager, and finally spent some quality time with a Russian hotel guest, who like me, took a lesson on healthy cocktails prepared with seasonal fruit and berries, offered by the hotel’s Head Bartender. A large encampment of Russian grandmothers with their grandchildren occupied the private beach of Le Meridien, and a lively crowd of young Russian mothers were chatting loudly while pushing baby strollers along the seaside Princess Grace Avenue.

To see the Ballets Russes photo exhibition in the Atrium of the Casino of Monte Carlo, presenting life-size cutouts of the Russian dancers from the Diaghilev’s famous turn-of-the-century troupe, I came early for the Ballet of Monte Carlo performance of “Creations” showcasing the work of three contemporary choreographers – “Fatalistic Visions Predominate (Tales Absurd)” by Natalia Horecna, “True and False Unicorn” by Jeroen Verbruggen, and “Summer’s Winter Shadow” by Pontus Lidberg.

I could hardly contain my delight with the masterfully staged and hauntingly beautiful one-act ballets, and joining me in loud applause and screams of approval were some young ladies sitting one row behind me and chatting in French – until they had to exchange a couple of secret observations – in Russian. 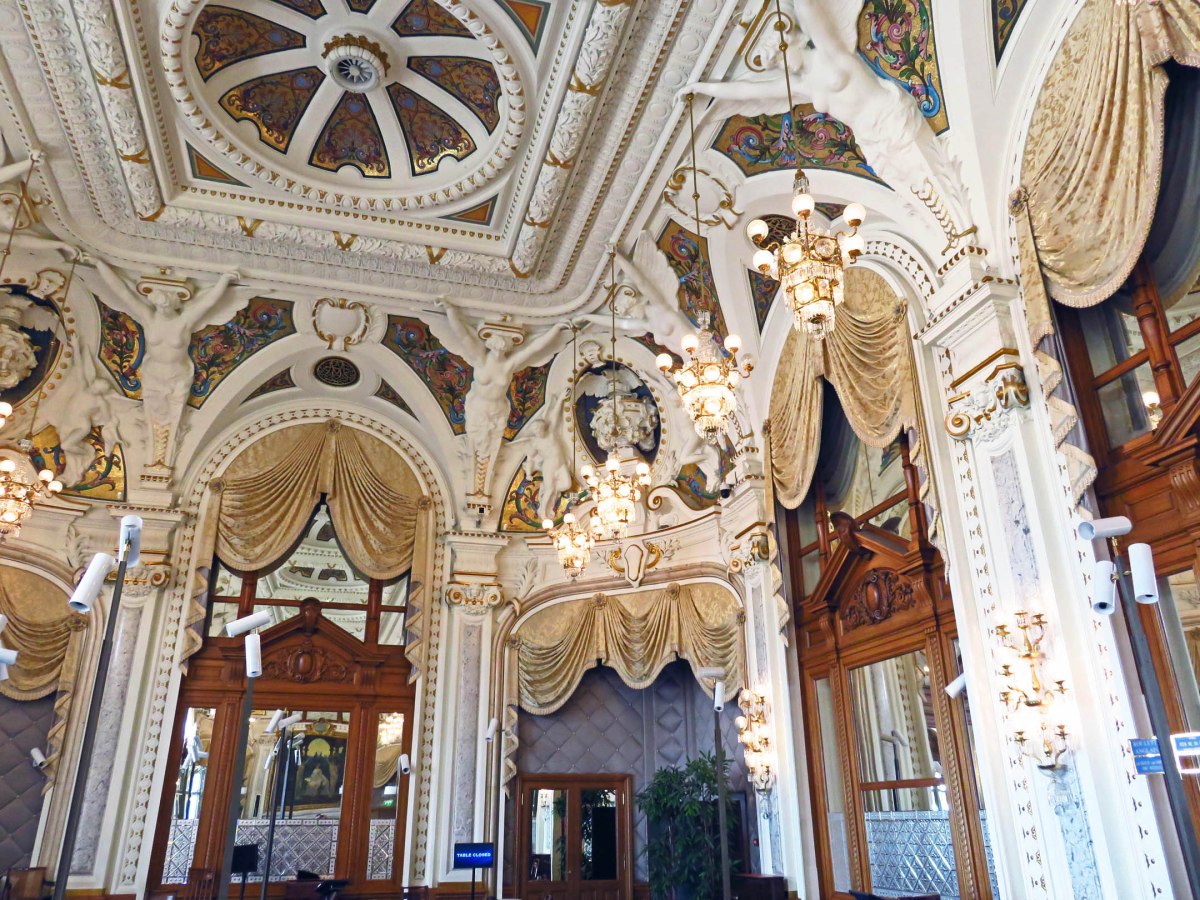 During a tour of Europe’s most gorgeous and revered Casino, inaugurated in 1863, I heard Russian speech in every room, in front of every Black Jack, European- or American roulette table, underneath every marvelous painting, sculpture, and crystal chandelier…

Before my visit was over, I’ve learned that some of the most lucrative businesses (like the Monaco soccer team), most expensive mansions, and most luxurious yachts off the beautiful shore of Monte-Carlo have owners with Russian names, and that every well-off Russian’s dream is to be accepted in Monte-Carlo – “the rich man’s world.”

More information about the Year of Russia and opportunities to travel to Monaco at: www.visitmonaco.com