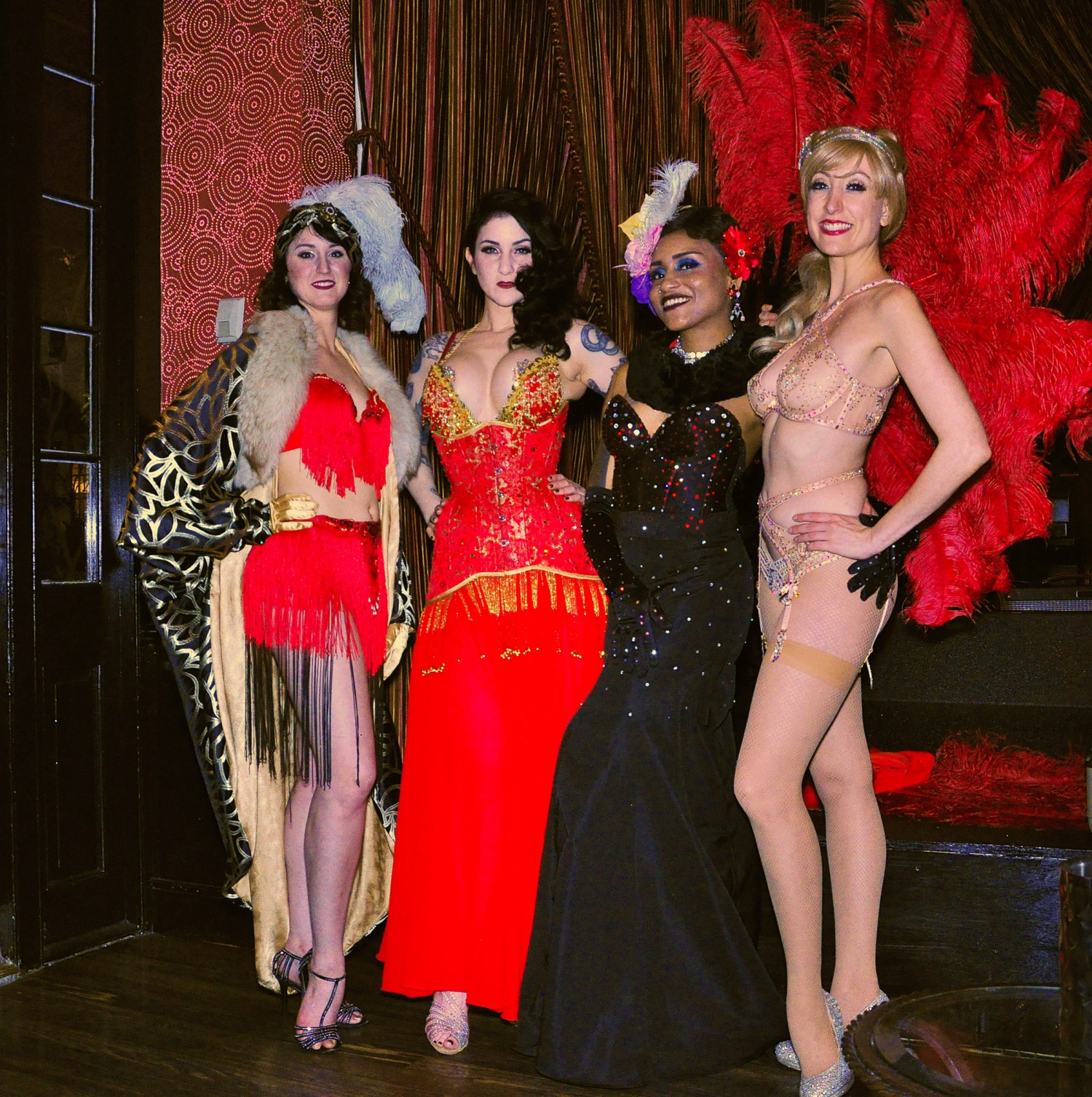 If you fly to New Orleans, Louisiana a.k.a. NOLA, on a Friday afternoon, you might want to start your weekend in the French Quarter – the beating heart of the city – big, generous, full of life, and untainted by years of visiting tourists from all over the world, walking down Bourbon Street in huge crowds day and night in various degrees of public intoxication.

The real NOLA, in all its sublime beauty, Southern charm mixed with French chic, and over-the-top exuberance is still here, every step of the way! 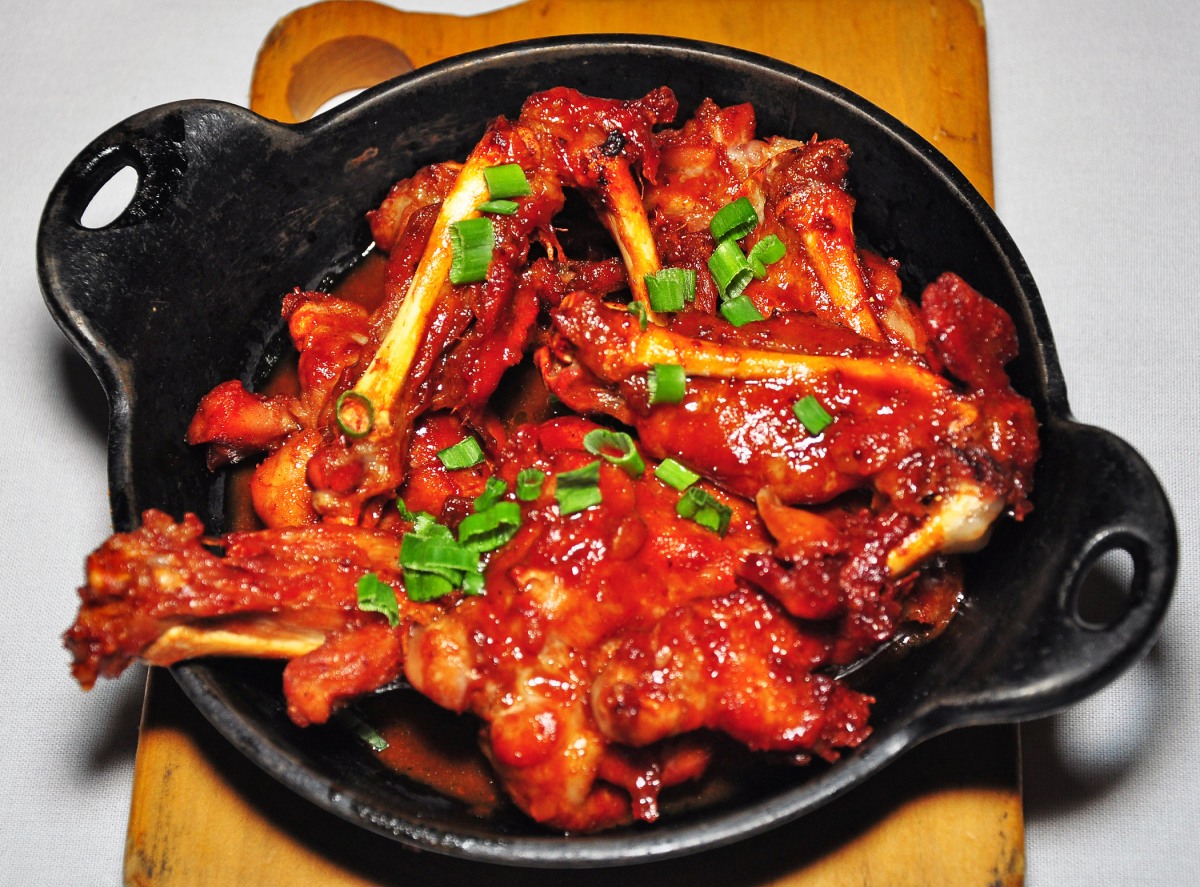 Have a lavish dinner at Kingfish, a popular casual joint on Chartres Street, serving mean cocktails (try the signature NOLA’s Sazerac or Vieux Carre), and new Louisiana cuisine by renowned Chef Nathan Richard.  You can’t go wrong with local specialties, like Louisiana BBQ Shrimp and Crispy Grit Cake or Chicken and Smoked Sausage Gumbo. And if you consider yourself and adventurous eater, don’t shy away from Alligator “Wings” in Café au lait barbecue sauce. Served in a small cast iron skillet, they look just like your party chicken wings, but those are baby gators’ tender limbs (awww!) www.kingfishneworleans.com.

A short walking distance away catch a Friday night special – Trixie Minx Burlesque Ballroom at The Jazz Playhouse in the lobby of Royal Sonesta Hotel on the corner of Bourbon and Bienville. The weekly show is performed by a rotating cast of New Orleans and international touring burlesque performers, who dance onstage and throughout the room to the sounds of live jazz and blues music with wonderful vocalists. Burlesque Ballroom is the only weekly show that accompanies burlesque with live music – just like it used to be during the original heyday of 1950s Bourbon Street burlesque culture. 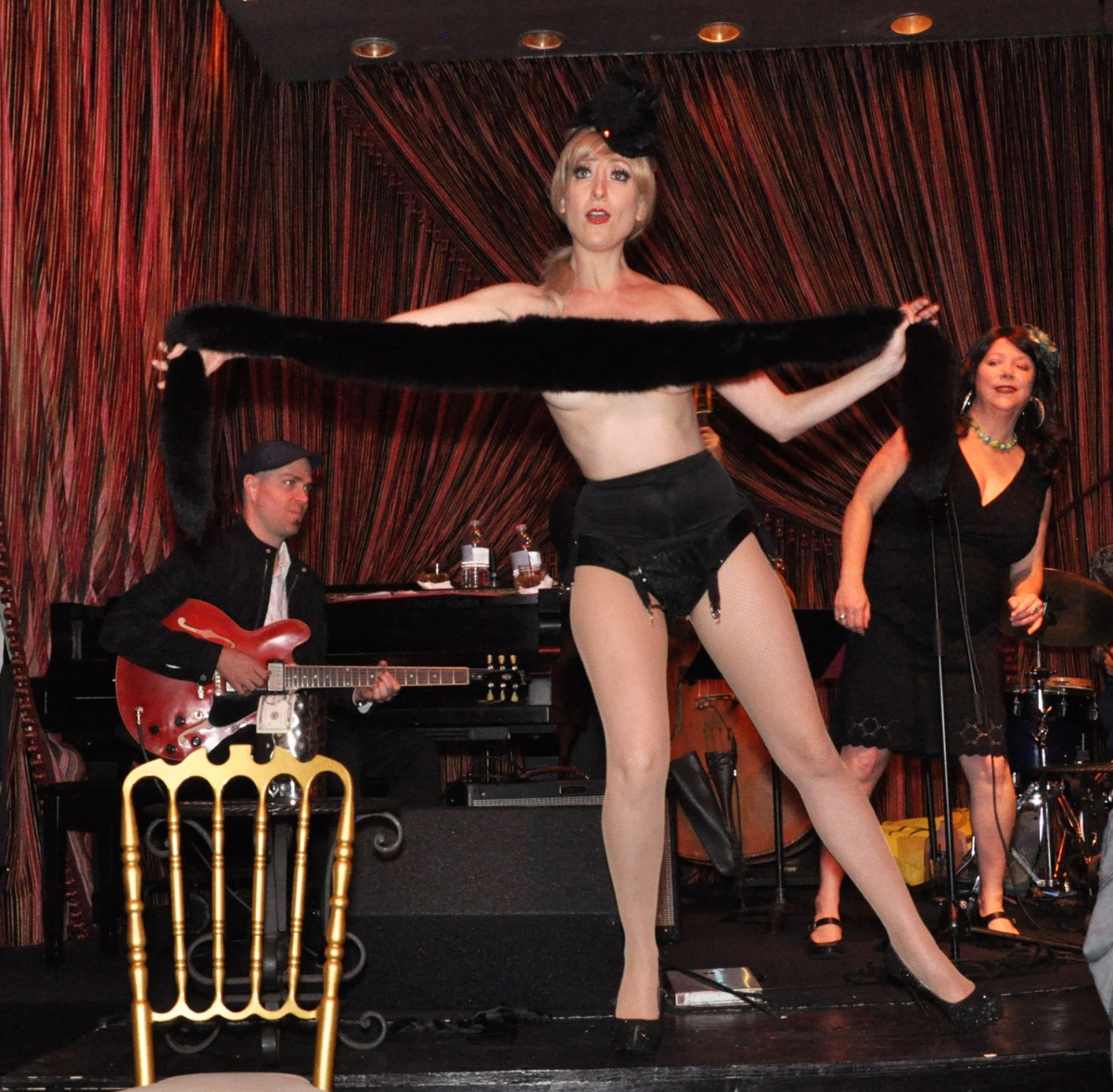 This intimate production that fills The Jazz Playhouse with a conspicuous speakeasy vibe, is extremely popular with tourist groups, bachelorette’s parties, foreign visitors, and just about anyone who’s lucky enough to be in NOLA on a Friday night! Trixie Minx, a classically trained ballerina-turned-burlesque performer, producer, healthcare advocate, and cultural ambassador – and a true NOLA celebrity – can be seen here making every show a late-night spectacular. http://www.trixieminx.com, www.sonesta.com/us/louisiana/new-orleans/royal-sonesta-new-orleans/jazzplayhouse.

If your luck is with you all the way, you’ll stay two blocks from Bourbon Street, at the Maison Dupuy, “the French Quarter Hotel,” on Rue Toulouse. Overlooking a cozy courtyard with a heated blue swimming pool surrounded by lounge chairs and cabanas, from your room balcony you might see an elegant wedding happening right there, by the three-tiered marble fountain in the center. Maison Dupuy has on average 63 weddings each year, so the chances are pretty good you can catch one on any given weekend.

This historical hotel’s location originally was home to the nation’s first cotton press. Later, utilized for industry, the intersection of Rue Toulouse and Rue Burgundy housed sheet metal companies. Only in the 1970s the Dupuy brothers successfully turned the building into a posh hotel it is today. It’s the last hotel to have been built in the French Quarter, since in 1975 the Vieux Carre Commission banned the future development of the neighborhood to preserve its historic significance.

For a leisurely breakfast, look no further than to the hotel’s own restaurant, Bistreaux. Festively decorated with wall murals that replicate Toulouse-Lautrec’s cabaret paintings, with sunlight streaming through the wide arched windows, the white-table-cloth venue serves Continental and American breakfasts, including a stuffed French toast with cream cheese, jam, and fresh strawberries to give you a great head start. www.maisondupuy.com. 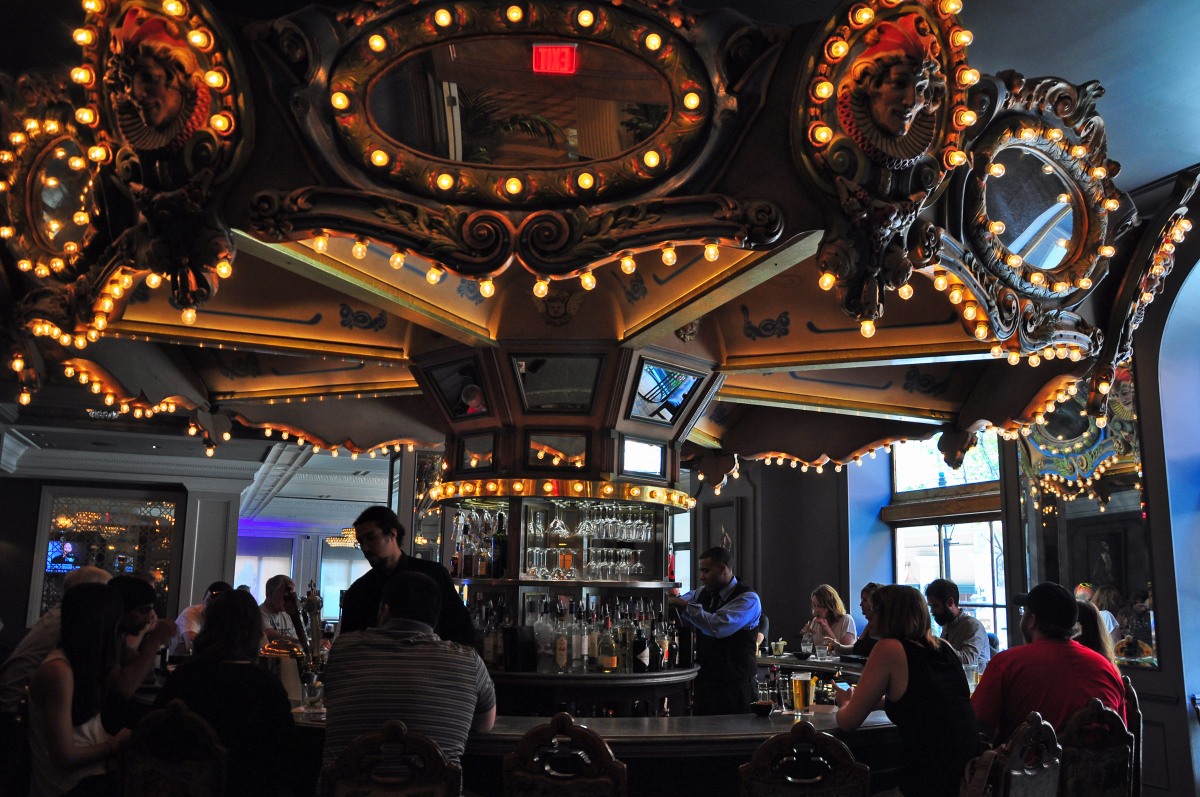 On a nice day like almost any day in NOLA, just strolling through the French Quarter is a treat on its own. Stop at the historic Hotel Monteleone on Royal Street – the grand dame of NOLA’s hotels. Here, in the lobby there’s a famous Carousel Piano Bar & Lounge, where you can sip a cocktail while suddenly noticing that the entire circular bar is revolving around the central stand like a slow moving carousel.

Have a quick lunch of Po’boy or Muffuletta sandwich (both local specialties) at Arnaud’s Remoulade on Bourbon Street.

Or take a tour of the French Quarter with Two Chicks Walking Tours, admittedly “based on what we would do with friends on an afternoon in the French Quarter.” The tours meet by the world-famous Café du Monde, where you can actually oversee through a side window the process of making those airy beignets covered in powdered sugar that are served with the NOLA’s favorite chicory coffee.

On a tour, you’ll see the mighty Mississippi River passing through the city on its way from Canada to the Gulf of Mexico. With 200 ft depth, it’s not your recreational body of water. NOLA residents have a lake for that. The major parts of the Crescent City are named in relation to the river – Uptown up the river, Downtown – down the river, plus there’s River Side and Lake Side. 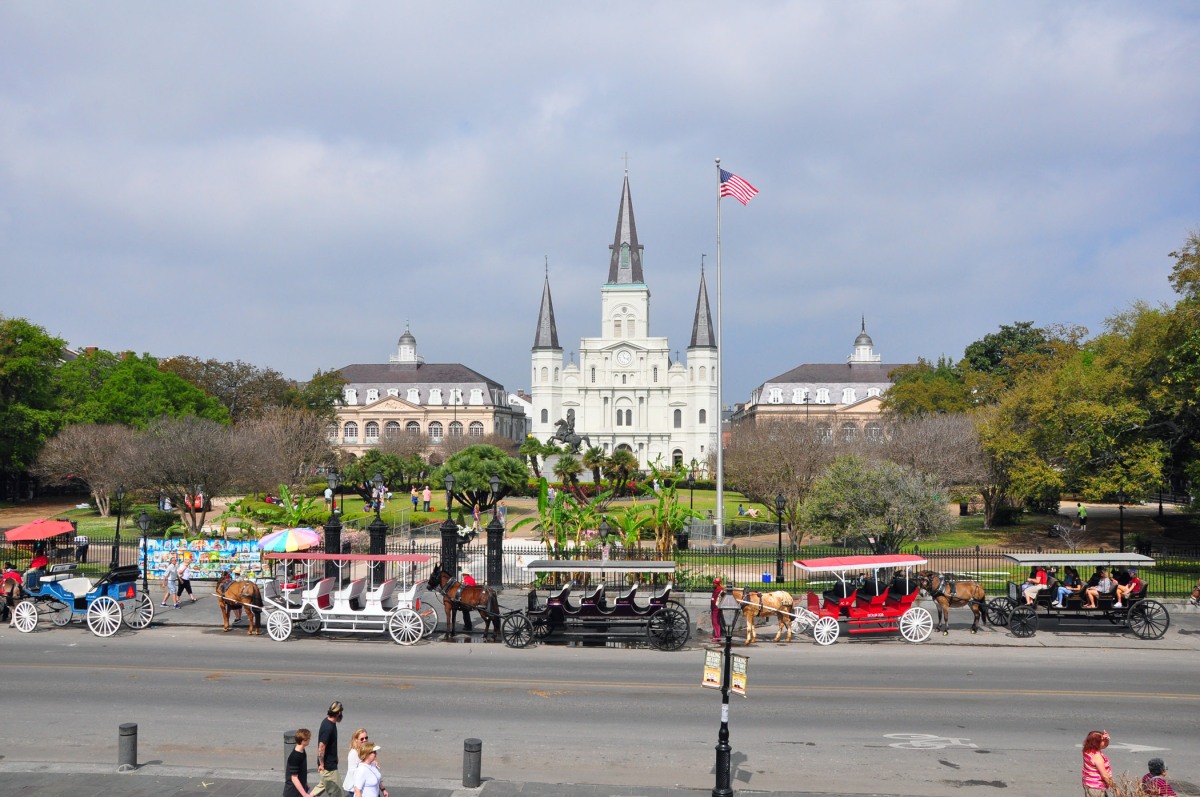 The tour will take you to Jackson Square with the iconic Andrew Jackson horseback statue and the St. Louis Cathedral – the oldest cathedral still in use in North America. Jackson Square is also the location of an open-air artist colony, where artists display their work on the outside of the iron fence. You might see the artists at work and perhaps have your portrait drawn by one of the many talents utilizing Jackson Square as their studio. 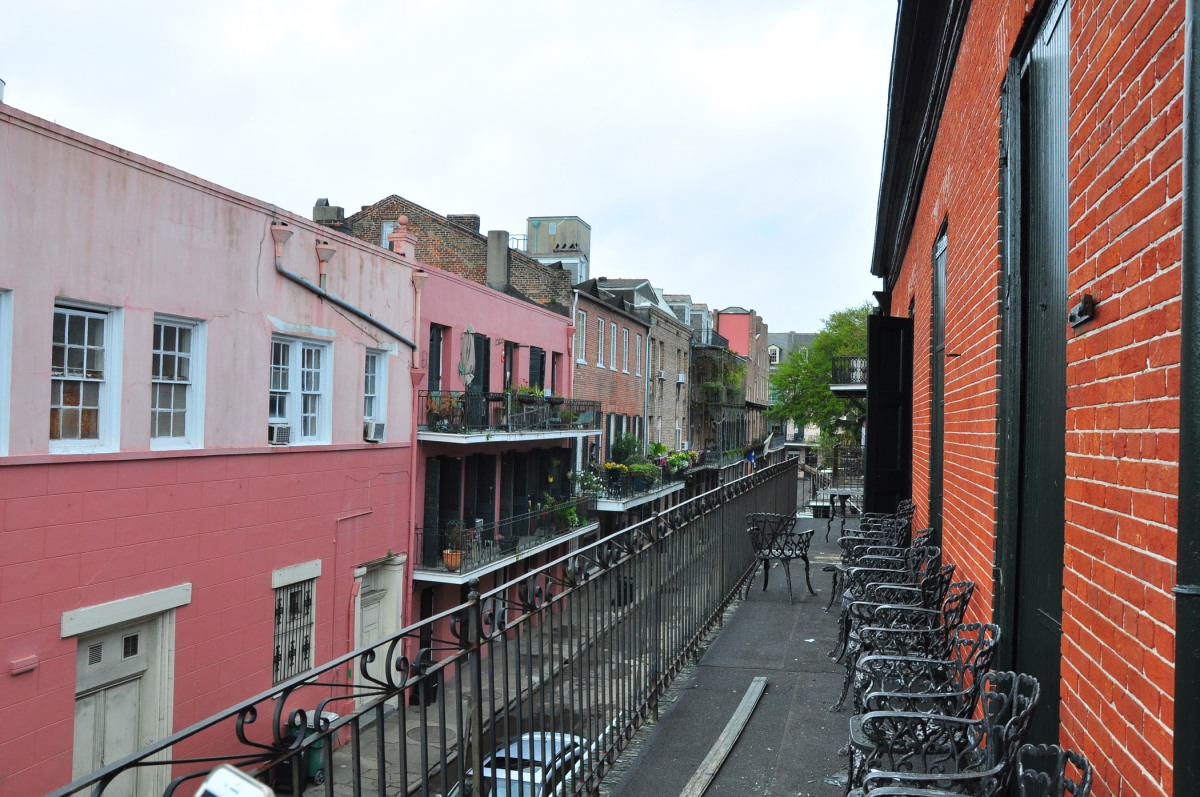 Step into the oldest watering hole in NOLA, Tujague’s on Decatur Street, established in 1856, with the original 1700s wooden bar stand, delivered from France, and walk to the second floor balcony for a city view enjoyed by the locals.

From Café du Monde to the bazaar at the end of Esplanade Avenue, there are five blocks of specialty retail shops and a community flea market with only the original, locally-made art, jewelry, clothing, and cuisine. www.twochickswalkingtours.com

You won’t notice how soon your little weekend will come to an end, but if spent in NOLA it might very well be the best weekend you’ll remember all year!