We don’t enjoy big cities but we had to see the capital of all New Zealand, Wellington, a big, thriving and pretty city with ocean bay all around it.  We are always drawn to capitol buildings and docks and both were in the City Center, and Sunday was a perfect time to go with no traffic.  This was the last day of Christmas holidays and parking is always free after 6 pm. Days are long so there is plenty of daylight till about 9:30 p.m.  We enjoyed strolling over the beautiful capitol grounds with the Capitol, Parliament, and the Cathedral. Gigantic trees spread their branches widely, some with old, gnarled arms in full bloom with gorgeous, fluffy red flowers. Seeing many families having fun on these beautiful grounds, we reminisced of when we were here with our two year old daughter many years ago.

We walked along the Battery Docks for a good while, but it grew cold and windy. This city is on a long peninsula at the bottom of the North Island of New Zealand between the very large Cook Strait and Wellington Harbour, where ships and ferries are constantly bringing people and goods to New Zealand. It was discovered by the British in 1770 when Captain James Cook was attempting to circumnavigate the world on the Pacific Ocean. He stayed here 100 days and climbed one of the mountains, which form the backdrop of Wellington at the water’s edge. He named this body of water Cook Strait and claimed it for  Great Britain.  Three years later he returned and sent a group of sailors from his ship in search of grass on one of the small islands to combat scurvy. The 10 men were killed and cannibalized by Maori Tribesmen! 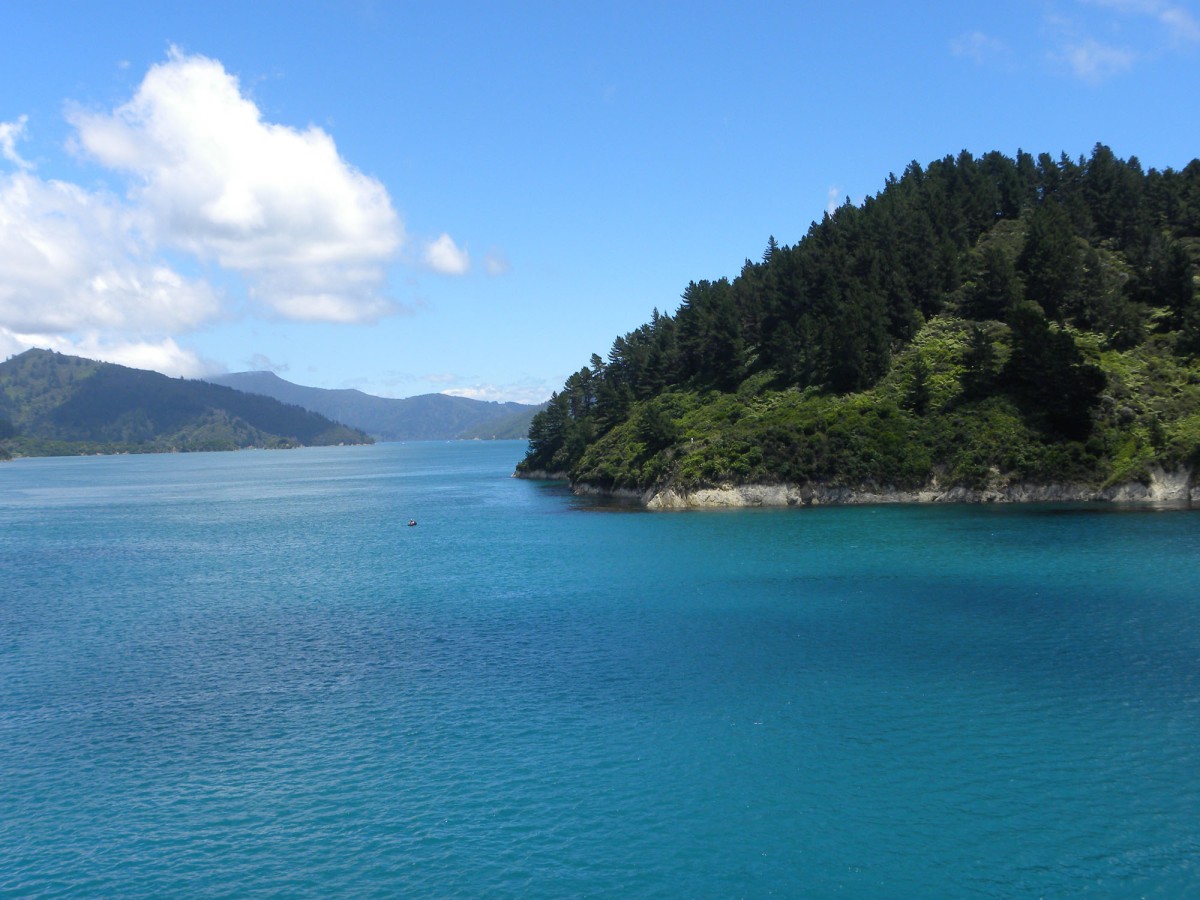 But New Zealanders of every type are very friendly now. The Maori live all over the country now and have pride of their heritage, which everyone respects. New Zealand tourism adopted from the Maori language the motto Kia Ora, or Welcome, which we heard everywhere. Almost all the names of streets and many businesses have Maori names and children have been relearning this native heritage and language in all schools since the 70’s, although for several decades prior to that it was forbidden.

We found food in all the restaurants and cafes to be very expensive by comparison to other countries we have visited and to the USA, so we frequently stopped at the New World Super Market and bought breakfast and fruit, which saves almost exactly half of the price of the very same items in restaurants. TV dinners and prepared foods are available and motels rooms are little studio apartments with small refrigerator, microwave, sink, and often a two-burner stove. All the utensils and dishes are supplied also. Packets of instant coffee, sugar, instant hot chocolate, and tea bags are standard supplies and the quick boiling pot for water is amazing. Each time we checked-in the manager would give us a small bottle of milk for coffee or tea. All accommodations we reserved through Bookings.com have private shower, toilet, sink, hair dryer, soap, etc. and very comfortable beds, TV DVD & free WiFi. This is a very modern country and one of the youngest in the world. Everyone is so friendly and helpful. But beware those from the USA will find that driving is not an easy adjustment because it is on the “wrong” side of the street with steering wheel and gear shifts also “other-handed,” and crossing a street by foot is downright dangerous because we forget and look the wrong way! Roadways are two-lane with no shoulders, very winding and slow going, although they are in good condition throughout North and South Islands. 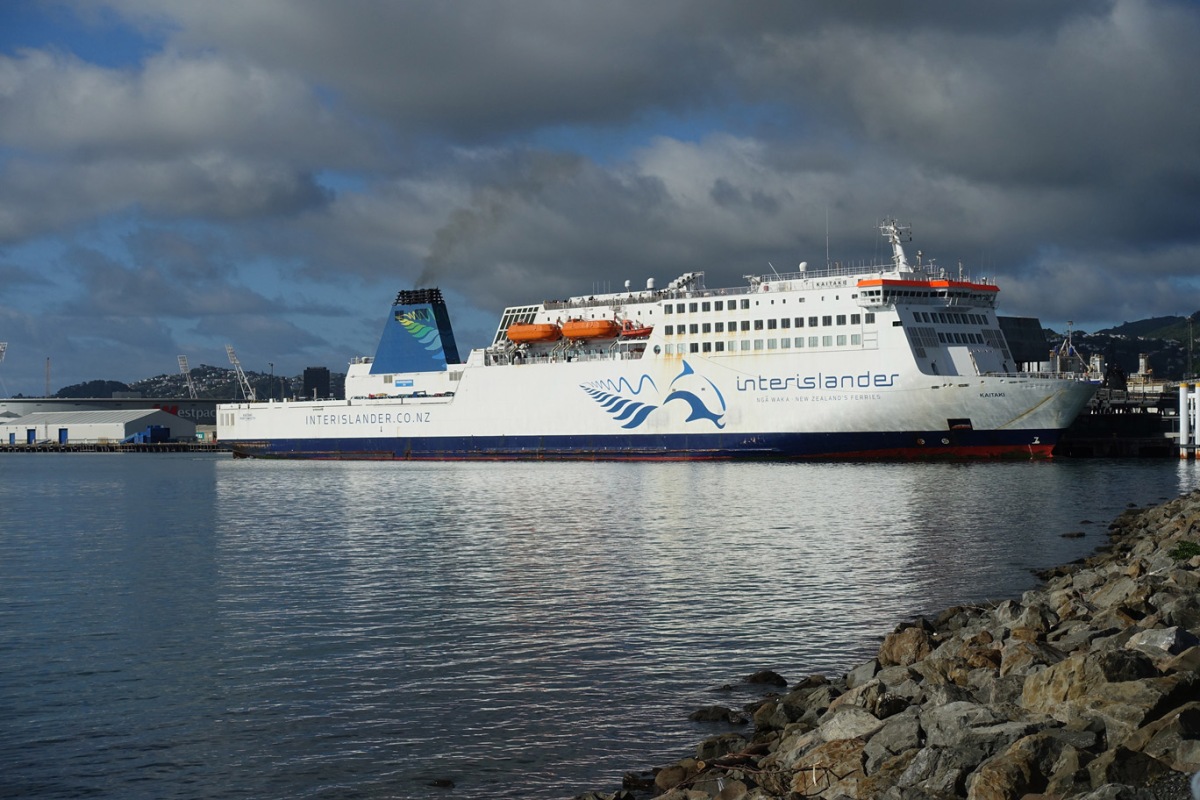 The crossing Cook Strait on one of the huge ferries from Wellington Harbor on North Island or Picton on South Island is really fun for us Central Texans who have no bodies of ocean for hundreds of miles. We watched in amazement as a 28-car train was unloaded from the belly of the ferry, where there is a railway track. A dozen 18-wheel trucks were also unloaded from the same ferry’s upper deck! When you are not accustomed to this it is really a thrilling sight. The pleasant and comfortable three-hour crossing for us with our rental car was fun.  Although December and January are summer in the Southern Hemisphere and whales and dolphins come here to breed, we were not lucky this time to see them. The meals on board are really good and not too expensive. 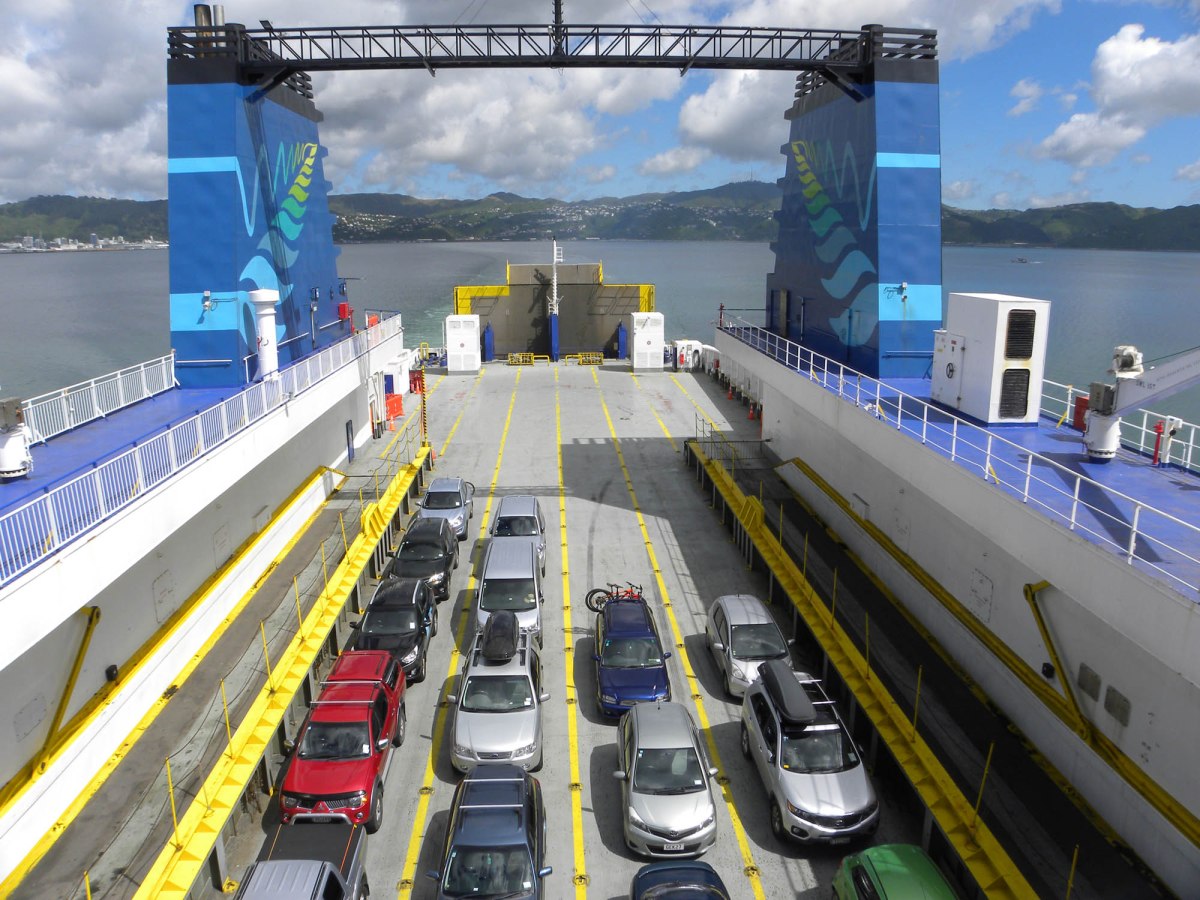