For all those in the know, Santa Barbara is one of Southern California’s most beloved beach cities. This city lives up to its reputation for great wine and food, beach bliss and the love of films. Now in its 33 year the Santa Barbara International Film Festival (SBIFF) shines on with great spirit rising above recent fire tragedy, as crowds turned out to welcome film lovers from around the world. I moved here for the destination and my passion for films adding this year as my 13th SBIFF.

SBIFF’s Executive Director, Roger Durling has a vision, which continues to emerge year after year as he encourages film buffs to mix and mingle and make new friends. 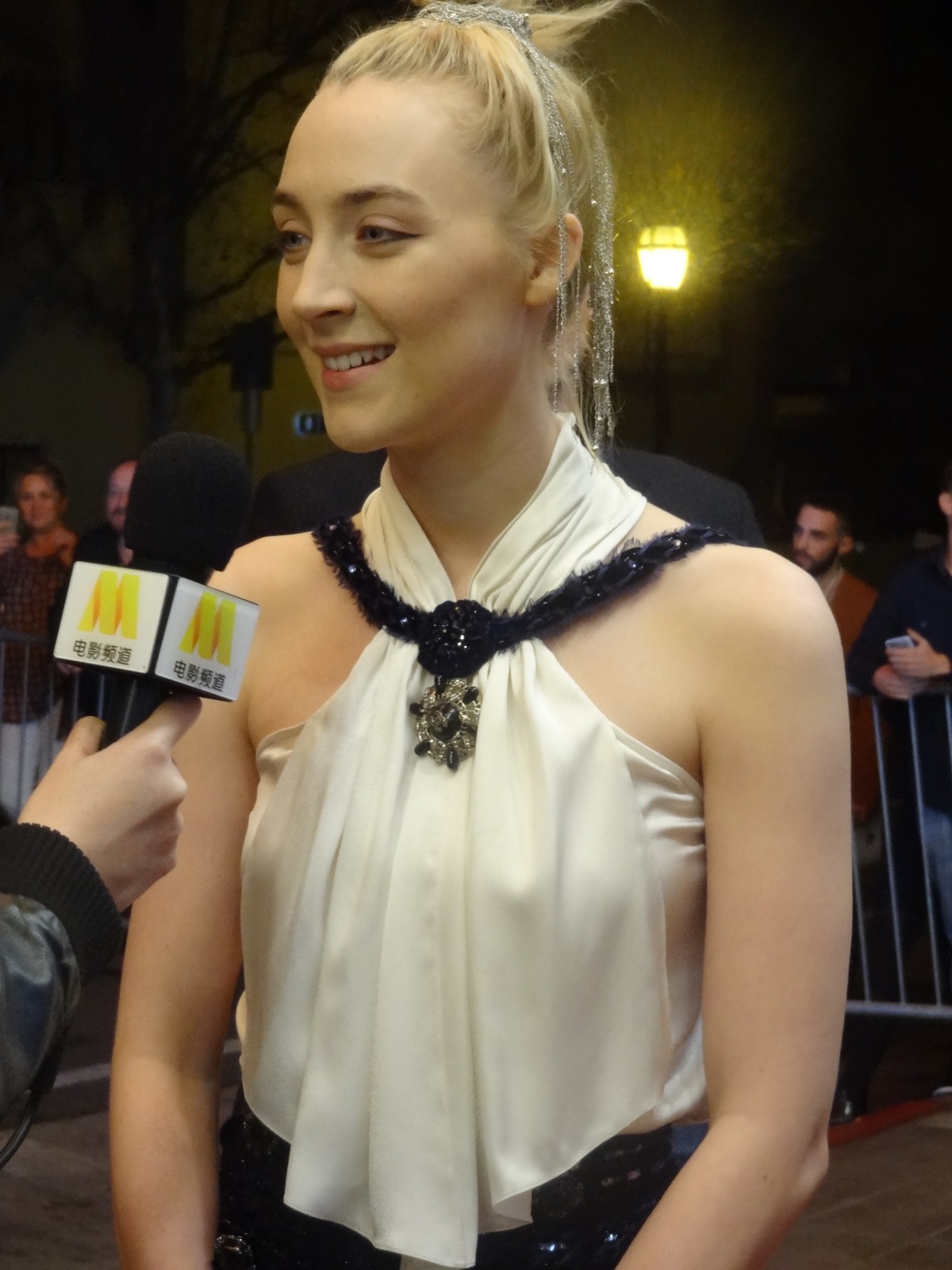 With red carpet in place and cameras flashing at the historic Arlington Theatre, the 33rd SBIFF got under way with a new film opener by Emilio Estevez as writer, director and actor called “The Public,” centering on a group of homeless people in the dead of winter, who take refuge from the cold in the Cincinnati public library. Cast members Alec Baldwin and Jenna Malone and others took center stage with Emilio Estevez, even his dad Martin Sheen stopped in.

The annual tributes included a spectacular evening honoring Gary Oldman, the Maltin Modern Master Award, for his accomplishments in cinema reflecting on his outstanding performance in “The Darkest Hour” as Winston Churchill.

Oldman has had an extraordinary career; however, this performance with his incredible make up stands on its own. Another tribute went to Willem Dafoe, an actor with his career playing distinctive characters, he garnered the Cinema Vanguard Award.

Irish actress Saoirse Ronan was well deserving of the Santa Barbara Award, while making another milestone film this year with a realistic performance in Greta Gerwig’s “Lady Bird”, she is not a stranger to the SBIFF arriving at cinematic achievement in past years with awards as Outstanding Performance of the year (“Brooklyn”) and a recognized Virtuoso. SBIFF welcomed actor Sam Rockwell with the American Rivera Award; he was a strong force in “Three Billboards Outside Ebbing, Missouri,” which has received strong accolades this Oscar season. Rockwell, a versatile actor, has 99 films to his credit.

Even if it’s just ten days out of the year, it’s worth the visit during the SBIFF for an opportunity to view over 200 films in endless genres including: crime, food and wine, documentaries, features from many countries, nature reels, shorts, student films and talks with filmmakers. Going to the movies just got better at the SBIFF, because everyone talks about the films and meeting new people. The locals are foodies, so Screen Cuisine is popular, I was moved by the French wine film “Back to Burgundy,” focusing on a wine growing family by Director Cedric Klapisch. I couldn’t help thinking about wonderful wines in Beaune while looking down on vineyards from an air balloon and scouting Dijon for wine and mustard.

Outstanding Performers of the Year honorees were the duo Margot Robbie and Allison Janney in a show stopping performance as daughter and mother in “I Tonya.” This high-strung relationship in the story of figure skater Tonya Harding and her involvement in an attack on her competitor, based on the true story. Janney has achieved numerous awards for this role. Margo Robbie’s company produced the film. Janney, who is best known for her award-winning role on West Wing, shared that while growing up she longed to be a figure skater. As always SBIFF tributed guests go on to win Oscars for their work.

Taking a break from a full day of films, more than once, I head to the waterfront for lunch in The Funk Zone by the pier. Here is a wine lover’s paradise with some of the best wineries along the Central Coast and friendly tasting rooms open with multifaceted wines to savor. It’s a welcoming spot for friends, locals and tourists to hang out. I especially favor the Santa Barbara Winery and their award winning Chardonnay. It’s walkable here to the wineries, restaurants, art galleries located in converted warehouses and buildings decorated with graffiti.

If you are longing for the taste of fresh fish, you are in the right place near Santa Barbara’s waterfront. Stop by The Fishouse for an unforgettable lunch or dinner. Must try the macadamia nut sea bass and freshly cooked clam chowder.

More fish cross over to Stearns Wharf and head to Moby Dick overlooking the water or a short jaunt to the Harbor for one of my all-time favorites Brophy Bros.

Brophy Brothers Seafood & Clam Restaurant dine in or outside and try the crab cakes, seafood pasta and the mahi mahi.

Much revered is the historic landmark and pillar of the community Mission Santa Barbara. It’s what brought me here to Santa Barbara, founded the same day as my birthday with my name in the title, it was fortuitous that my home is located on the street leading to the mission. Known as the Queen of the Missions, there are 21 California Missions, I had visited here time and time again before moving here. The Mission remains an active Franciscan parish with its beautiful rose gardens and year round activities locals and visitors are drawn here for art, music and fiesta dances. A yearly favorite is the Madonnari paintings in pastel of masterpieces below the church steps.

As the SBIFF ended, it reflected city pride with Santa Barbara filmmakers showcasing local documentaries: behind the scenes of events meaningful to Santa Barbara. It tapped into the summer Solstice Parade, the unforgettable Cascarones creators for Fiesta (confetti filled decorated eggshells); the trials and tribulations of a local businessman and restaurant owner of the East Beach Grill and a young Oxnard Channel swimmer. Two things are certain: Santa Barbara is a perfect destination with lots of things to do, fun at the waterfront, shopping at Paseo Nuevo, great museums and theatre and outdoor activities galore and the SBIFF is a great film festival with new films, top celebrities, gala opening party and plenty of movie talk. The California sun shines on Santa Barbara everyday during SBIFF.