Sardinia, a second-largest Italian island in the Mediterranean, unfolds as one big flowering meadow on both sides of an uncongested road, all the way from the Cagliari international airport in the south to the town of Macomer in the central plateau.

Sardinians like to live uncramped. The population density is about 69 people per square mile. By comparison, in San Francisco – more then 18 600 in the same amount of space!

Understandably, pasture-raised sheep in Sardinia, a special breed with long white hair and thin spindly legs, enjoy care-free life and produce the highest quality milk, fragrant with the aroma of seasonal flowers.  One of the oldest cheeses in the world, Pecorino-Romano, is made of this milk. The name of this versatile, cooking-friendly and wine- and beer-compatible cheese comes from the words pecora (sheep, in Italian) and Roma (Rome) because Pecorino-Romano, first produced 2000 years ago, was fed to the ancient Roman Empire’s rulers and warriors. 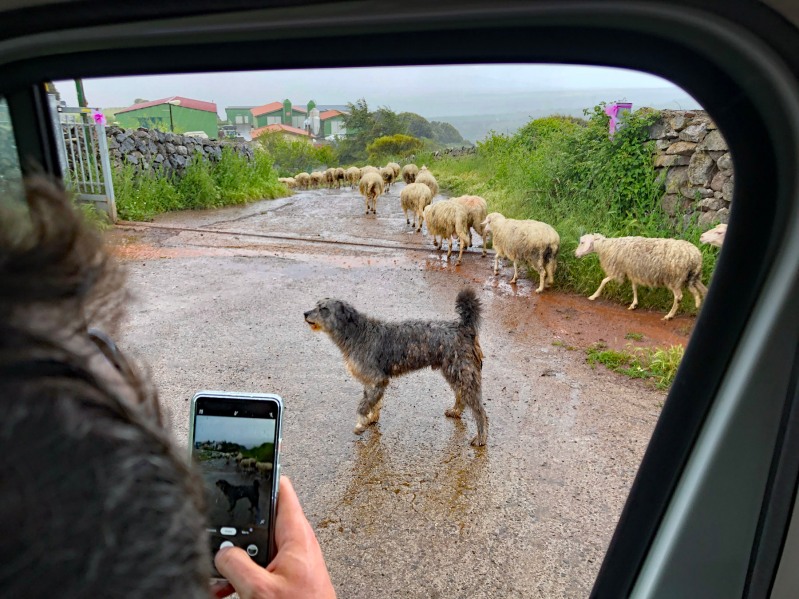 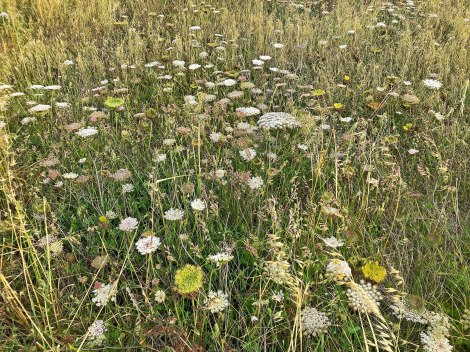 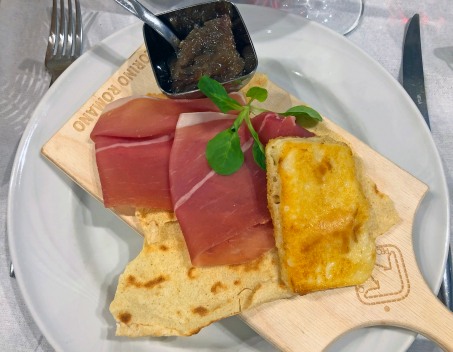 The European certification of excellence, PDO (Protected Designation of Origin) is attributed to Pecorino-Romano cheese produced on the island of Sardinia, in the region of Lazio (that includes province of Rome) and in the province of Grosetto in Tuscany. This certification is a guarantee that the cheese comes from its places of origin, and is made following strict production guidelines under constant quality control. In general, sheep’s milk cheese has more protein, more vitamins and minerals, more heart-healthy unsaturated and polyunsaturated fatty acids than cow’s milk cheeses, and is rich in calcium, phosphorus, and potassium. These characteristics, plus absence of lactose and galactose, make sheep’s cheese the preference of athletes.

My recent visit to Sardinia was organized by “Uncommon Flavors of Europe,” a three-year campaign, which is a part of European Union’s initiative, “Enjoy, it’s from Europe” implemented to promote Europe’s exceptional foods and wines on other continents, including America.

As I was able to witness in the course of the trip, Pecorino-Romano PDO production is happening in sparkling-clean facilities of Caseificio Cooperativa Allevatori Ovini (a co-op of 700-plus member-shepherds) in Oristano Fenosu, and other cheese factories, scattered around the island. The process is thoroughly monitored from the daily arrivals of milk to the testing labs, thermalization rooms, and heating vats, where stirring begins with the addition of two crucial local ingredients – whey starter culture and lamb rennet. The cheese ripens in cylindrical molds. Traditionally, it has a shape of a tall drum. On the rind, there are stamped words, Pecorino-Romano, along with a rounded diamond symbol containing an outline of a stylized sheep’s head.

While traveling in Sardinia, and gaining all this knowledge about the ancient cheese, I had a chance to explore its many offerings available everywhere here – table cheese and grating cheese, tangy and sweet, fresh and aged.

At a traditional cooking workshop with Chef Leonardo Marongiu at an upscale Hub restaurant in Macomer, I’ve learnt how to use Pecorino-Romano in everything from pasta to dessert, to make everything taste so much better! The notorious cheese was always a part of multi-course lunches and dinners at various restaurants and outdoors picnic places I had a pleasure of visiting – mostly warm, friendly, family-owned establishments. At Ristorante da Gigi inside small, comfortable, and beautifully decorated Hotel Marghine where I’ve stayed in Macomer; at Ristorante Il Sottopasso whose owners, Claudio and Luciana excelled at combining fresh Sardinian seafood with Pecorino-Romano; at a large contemporary New Garden with a sophisticated menu, and in the beautiful forest enclave, Su Cantareddu in the foothills of Monte Sant’Antonio mountain. 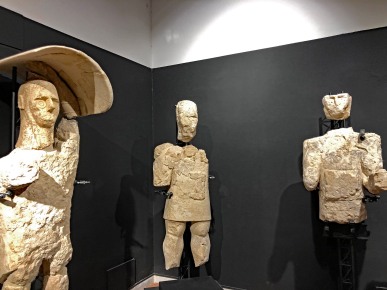 Sardinian unspoiled nature is a huge part of its allure. I was happy to spend most of the time outdoors, visiting the many archeological parks, nature preserves, and the mysterious nuraghe – ancient stone towers, erected during the Nuragic Age between 1900 and 730 B.C., and found all over the island. The Macomer region, where I was based, has more of these bronze-age towers than any other part of Sardinia.

Everywhere I went, in the forests and meadows, close to the sea, and along the roads, I encountered those peacefully grazing fluffy white sheep, herded by a special breed of Sardinian gray wooly dogs, with or without a human shepherd in attendance, and in any kind of weather – rain or shine.

While some of my travel companions (mostly experts in cheese) were chasing sheep trying to catch a selfie with a herd, I stayed away not wanting to scare off the timid animals. With our group leader I shared my personal dream – to hold a little lamb with my own hands. That would’ve been a photo I’d like to have – the one I imagined in preparation for this trip.

And what a happy day it was when he stopped a passing shepherd with a small herd, and asked him to indulge my fantasy! He translated the shepherd’s words to me, “The lamb won’t do anything to you. It’s not dangerous. Hold it tight, and don’t drop it to the ground.” I laughed from pure joy. Of course I wasn’t about to drop the precious warm little fluff of white wool! I knew it wasn’t dangerous. More like tender and defenseless… just like a little lamb! 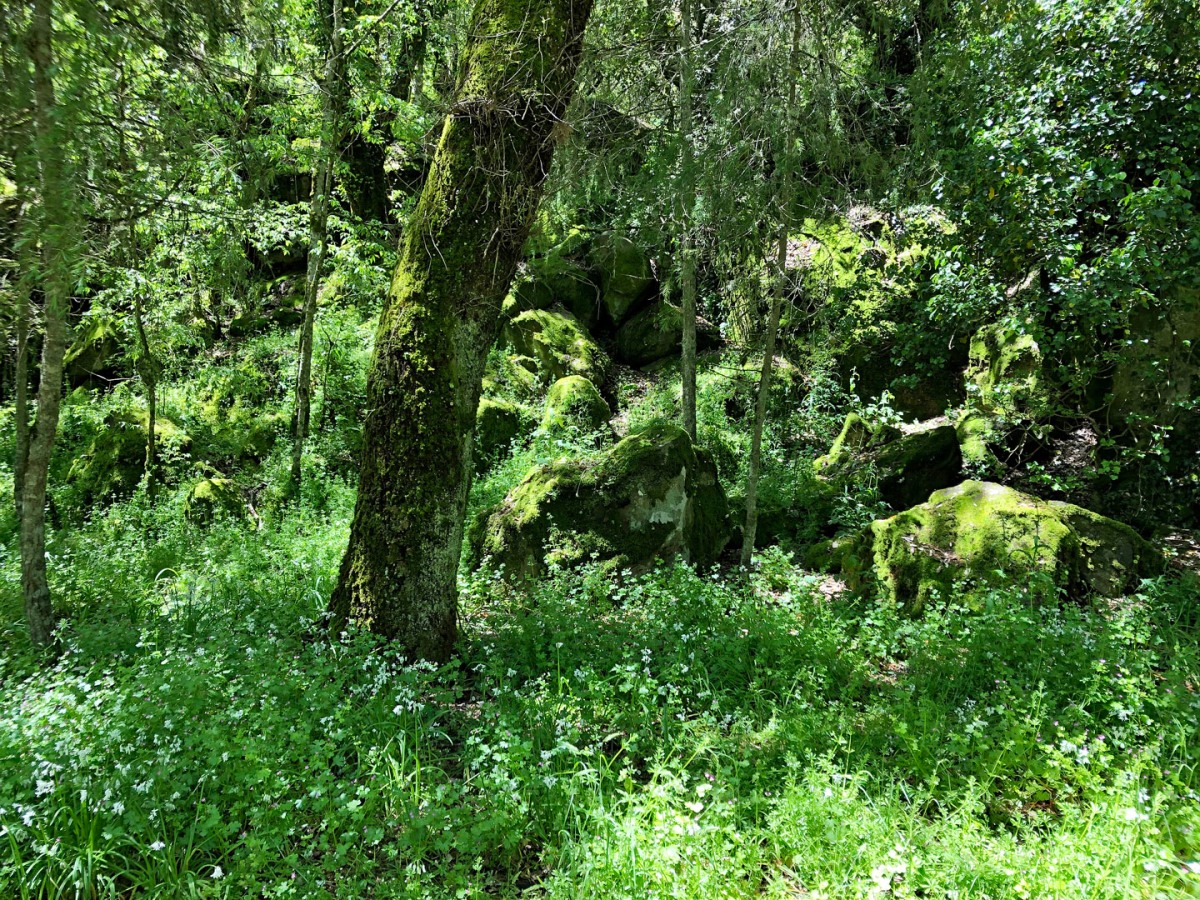 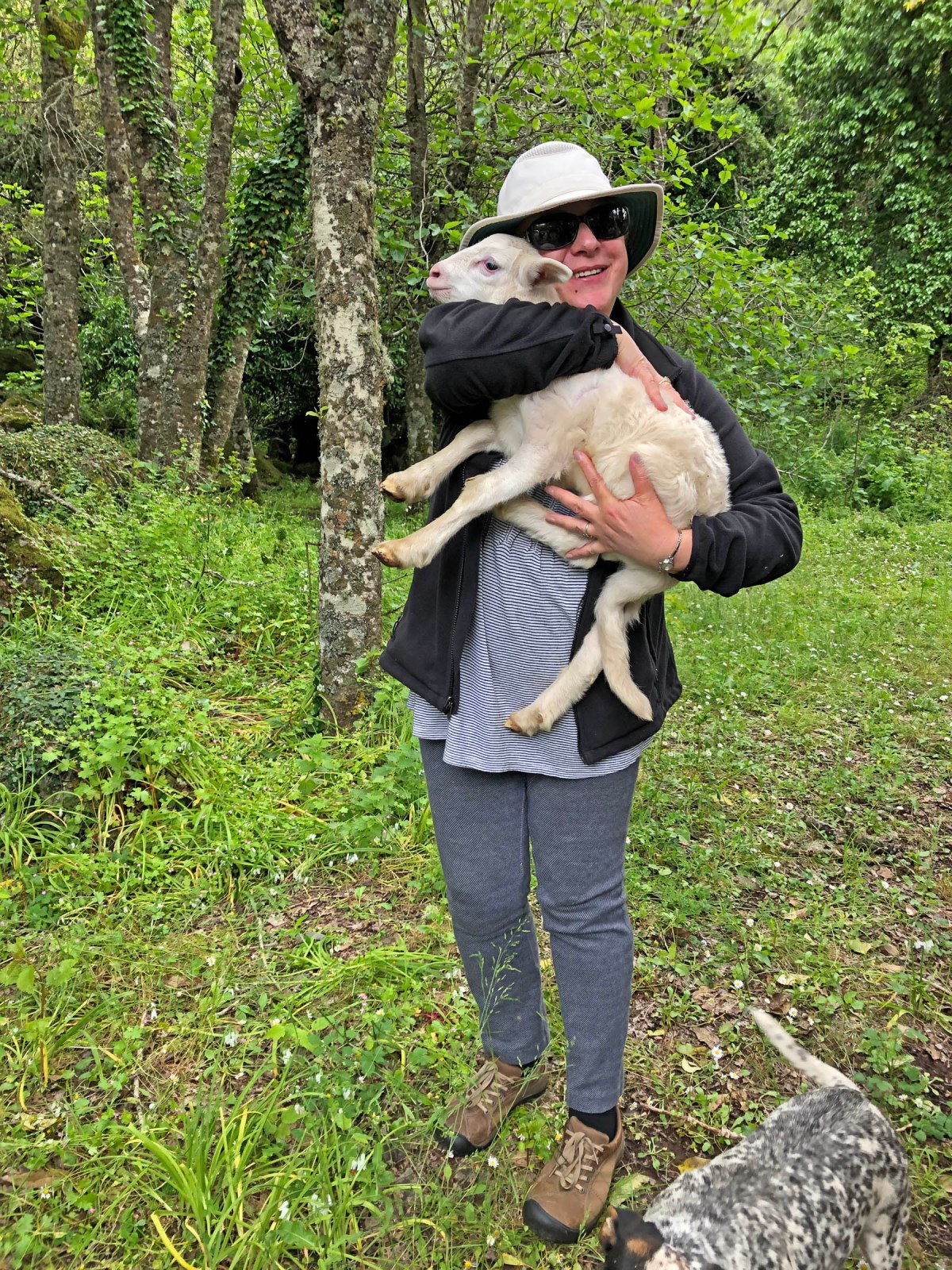