Recently, I went into Burma to do a story with the Shan State Army, a rebel group fighting the Burmese government. The government doesn’t allow any journalists into the country. They control the Internet and citizens have to use a thumb-print reader if they want to logon. They control the phones, mail, and cable TV. Basically the only news that can get in or out of Burma is by people crossing illegally, under the protection of one of the tribal armies. 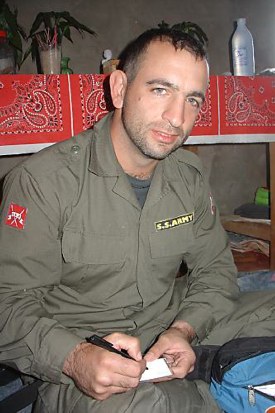 When I lived in the Muay Thai monastery, above Chiangrai, with Pra Kruh Ba a few years ago, there were a lot of Shan monks. Shan are even more religious than Thais and close to 100% of Shan boys will serve as monks at some point in their lives. At that time, I discovered that I really liked the Shan people. They aren’t a tribe in the sense of some of the other tribes I have written about. They are an ethnic minority, if you can call 10 million people a minority. They have had their own government and their own state for centuries. Originally they had a Shan king. Later, the country was divided into states with each state being ruled by a prince. That was still the system, going into World War II and after. The last princes were either murdered by the government, or forced to abandon Shan State in the 1960s.

They are incredibly intelligent people and school is the number one priority. Even in the face of the horrible atrocities committed against them, they struggle to find a way to send their children to school in Thailand or send them to monastery schools, where they can study with monks. Most of the important leaders of the revolution are former monks.

I hit it off well with the Shan soldiers and civilians. I met Colonel Yawd Serk, the commander of the army, and he asked me to wear the uniform and teach Kung Fu to the soldiers and teach English to the children at the school. There are nearly 1,000 students at the school. Two hundred and fifty of them are orphans. Their parents were killed by the Burmese army. Some of them walked for months through the jungle to arrive at the army base and live in safety. There are children as young as ten years old who made that journey alone, or carrying a younger brother or sister. There are others who had to make the horrific choice of leaving a small sibling behind.

Once they arrive at the base, in Loi Tailang, they are no longer in Burma and not yet in Thailand. They are in Shanland, an island of freedom and Shan culture, surrounded by war.

One of my friends at Loi Tailang, Kawn Wan, who teaches English and Kung Fu to the children said, “We have people. We have land. We have a government. We have an army. We have everything except a country.” 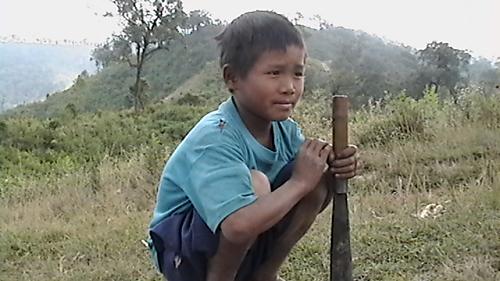 The Shan State is asking for recognition throughout the world, to be independent of Burma. “If you ask even the smallest children in the orphanage,” Said Kawn Wan, “He will tell you his greatest wish is just to go home.” The people of Loi Tailang can’t go home until the war is over and Shanland is independent. And even then, with their villages burned, and their families murdered, what could they go home to? “Someday, we will be able to issue you a visa to Shanland,” The Lieutenant told me.

Staying with the Shan in the jungle made me realize how much I liked them. They had almost nothing, but they shared, always giving me the best food, the best sleeping place, and the warmest clothing. It is unfair that they held no passport, had no freedom, and that they had suffered so much. 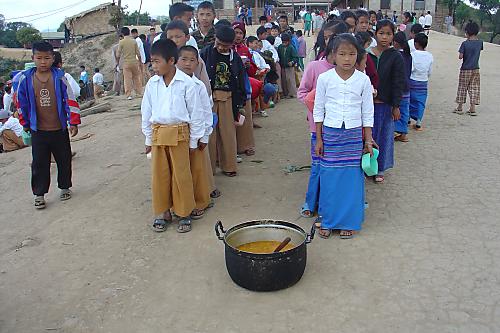 I came back to Chiang Mai to write my stories and drop off my video tapes before going back up the mountain. I really missed the Shan when I was in town. I went back and my second trip was even better than the first. I began concentrating on filming interviews with Shan people, recently arrived at Doi Tailang, documenting human rights abuses perpetrated by the SPDC, the Burmese Junta. 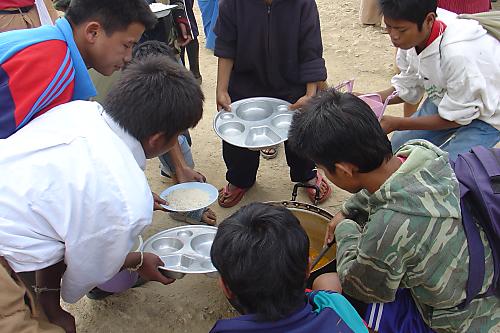 The situation of the Shan people is so sad. The Burmese government burns down whole villages. They rape the girls, murder the men, and take the boys to be in the army. They force villagers to work as porters, unpaid for periods of anywhere from twenty days to a year. One man told me he had been a forced porter, a slave, for four years. The porters are barely fed, frequently beaten, and when they collapse they are executed. The SPDC soldiers use Shan people as shields. They stand behind a Shan man, put a gun over his shoulder, and march into battle. 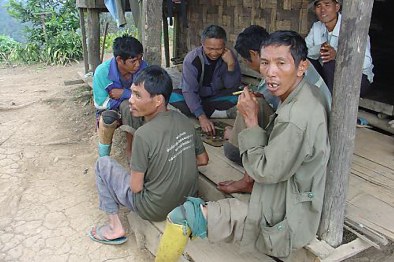 The Shan Army base has several thousand residents. It is like a small city with a school, a hospital, a temple, shops, and restaurants. It is the only place where villagers are safe. The children go to school and study their own language plus Thai, Burmese, and English.

My new work partners when I am up there are a group of about six guys who graduated from a Shan college in Thailand. To even go there they had to sneak into Thailand illegally and hope that they were never discovered by immigration police. The nine month intensive course was taught all in English and open to the best and brightest of all of the tribes living in Shan State: including Lahu, Pa-O, and Shan. The students had courses in world affairs, politics, and social studies. They knew more about the outside world than most Thai kids of the same age who lived under unrestricted freedom. (Technically Thailand is also under martial law, but it is a veryweak version of martial law that doesn’t affect anything.)

These kids are incredibly bright. In some ways, they lack maturity you would see in twenty year-olds in the west. In other ways, they have seen and suffered so much, they have the wisdom of a forty-one year old. (I just turned forty.) 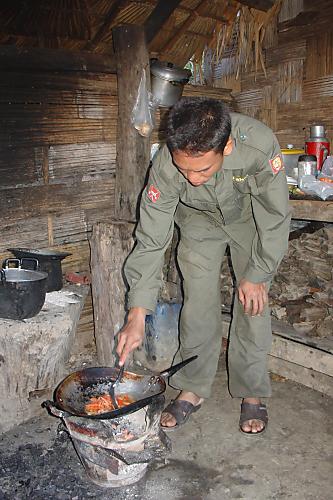 On this second visit to the Shan, I came up with the idea of doing a video, interviewing refugees and having them tell their own story on film. Most people in the west have never even heard of Shan State, so how can they put political pressure on Burma to grant them independence. My new project is to do a series of articles and a video about the people of Doi Tailang, Shanland. It will tell their story, their sorrow, their joy, their hopes and dreams. I am donating all of the articles to any magazine or organization willing to print them, in order to raise awareness of this terrible situation. I will also donate the video, when it is finished. I hoped it would be shown for free at organizations around the world, and that copies could be sold by mail order, with the proceeds going to support the school and orphan dormitories in Doi Tailang.

Soso Whaley, of Moaning Dog productions, who has been helping produce my youtube videos, and David Lawlitts, of Two Guys from Brooklyn production, who worked with me on films abut the Akha and Karen tribes, are helping me to film and produce this video which I want to title, “A Life in Shan State.”