Designed by the French architect Jean Nouvel, the “non-color” hotel with all rooms entirely monochrome in white, grey, or black, gives the starring role to Vienna downtown seen through its glass walls, with Stephansdom – a 14th century Gothic cathedral at the very center of the city. 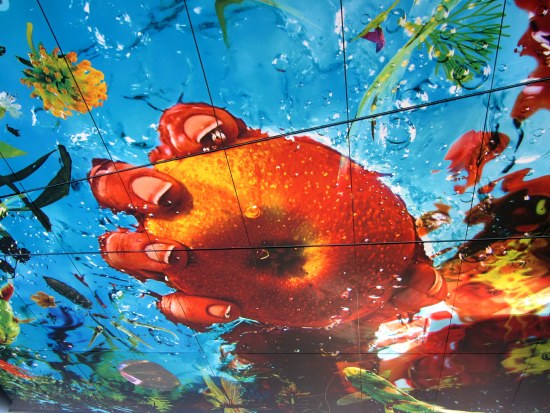 Plenty of color can be found above the hotel atrium and on the top floor over Le Loft restaurant. Sofitel ceilings by Pipilotti Rist are bursting with larger than life images of plant and animal life, and they even have built-in video installations, adding movement to the artist’s flamboyant depictions of energetic splashes, sparkles, and squeezes. 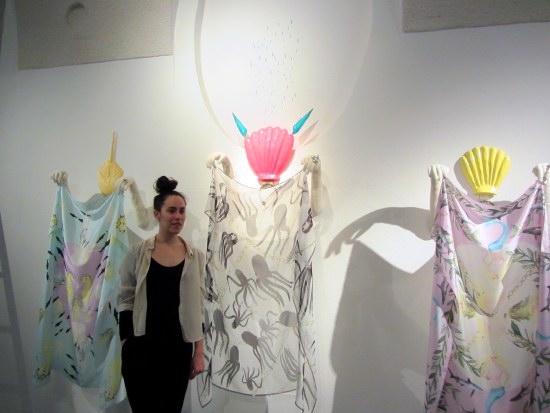 Viennes MuseumsQuartier, or MQ, one of the world’s largest complexes for contemporary art and culture, with MUMOK, Leopold Museum, and Kunsthalle, also implements special programs, like Artist-in-Residence, open to international participants, and “quartier21,” which provides space and support to dozens of small companies focusing on digital and multimedia art and fashion design.

On the adjacent Maria Theresian-Platz, I spent an entire day walking through the galleries of the Vienna’s richest and most distinguished twin museums – Naturhistorisches and Kunsthistorisches built in 1889 and 1891 respectively, and holding innumerable treasures from the imperial collections started more than 250 years ago.

Architecturally stunning buildings by Gottfried Semper and Carl von Hasenauer are elaborately decorated inside and outside with painting and sculptural ornamental embellishments that serve merely as supporting elements emphasizing the various themes of the collections.

The most famous object at the natural history museum is a prehistoric art piece, known as “Venus of Willendorf” coming from Paleolithic archeological sites in Willendorf, Austria, and dating 26 000 – 20 000 BCE. 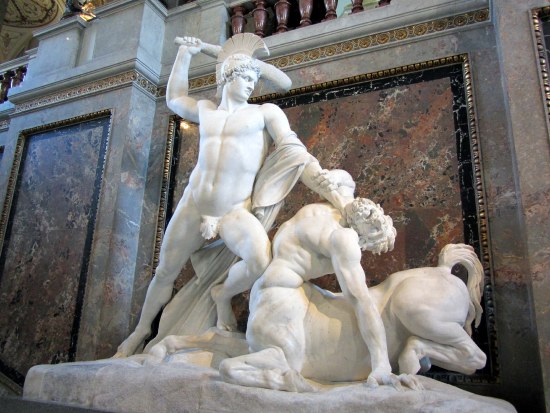 The fine arts museum overflows with Egyptian, Greek, and Roman artifacts and Dutch, Flemish, German, Italian, Spanish, and French masterpieces in painting and sculpture.
Duke Albert, Empress Maria Theresia’s son-in-law, who collected drawings and prints of Leonardo da Vinci, Michelangelo, Raphael, and Albrecht Duerer at the end of the 18th century, left his name as well as his collection to Albertina Museum, located in his former palace. 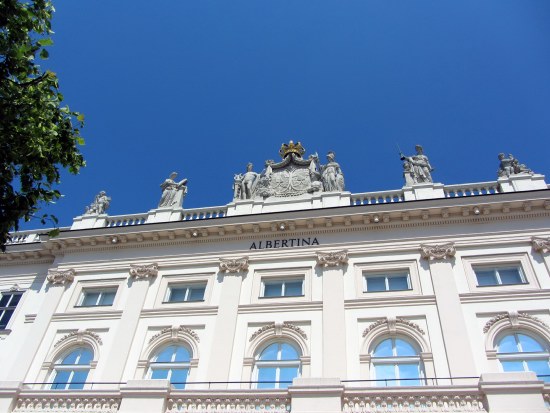 Beautifully restored, Albertina showcases former Habsburg staterooms with period furnishings, an extensive graphics collection from Gothic to contemporary; [my favorite] Schiele pieces – always on display, and a number of changing special exhibitions. On the day of my visit, in the embarrassment of riches there were several hit shows at once: Monet to Picasso; Der Blaue Reiter; Roy Lichtenstein, and Mel Ramos. 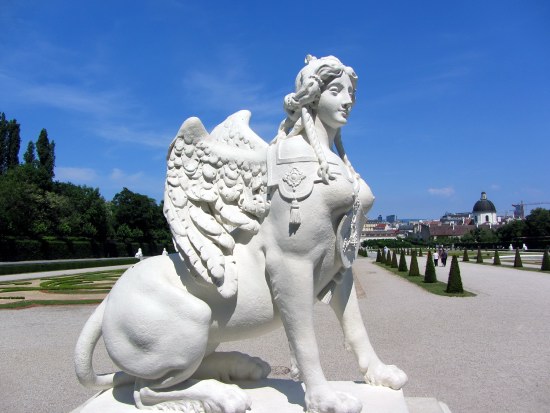 To my utmost joy, a special Schiele show, Self-Portraits and Portraits, was also presented at the Belvedere – one of the most visited museums in Vienna. Built in the 18th century by Johann Lucas von Hildebrandt for Prince Eugene, this Baroque ensemble includes two palaces, ponds with fountains, and elaborate gardens with flowerbeds and statuary. It houses a comprehensive collection of international and Austrian art, including the most famous Art Nouveau masterpieces by Gustav Klimt. The unique exhibition of Schiele portraits with 95 works on display showcased his portrait of Edith Schiele, acquired by the Belvedere in 1918 as the first gesture of public museum’s acceptance of the young Expressionist artist. That same year, Schiele died of Spanish flu at the age of 28, only three days after the death of his wife, Edith, who was six months pregnant, of the same disease.

MAK – Museum of Applied Arts was next on my list – yet another architectural gem with elaborately decorated interior and filled with Austrian designers’ creations from Wiener Werkstätte arts and crafts workshop connected with the Secession. 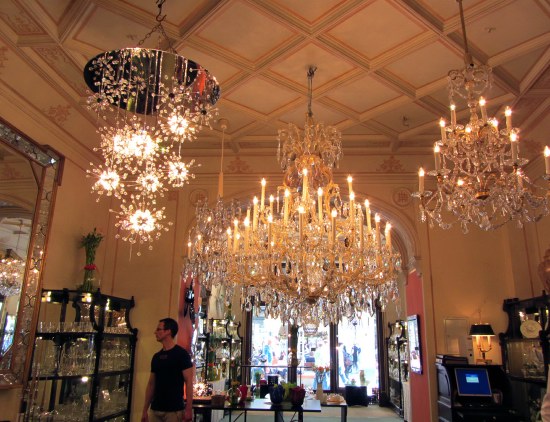 Stemming from the same tradition, still in business are several Viennese institutions, among them – J. & L. Lobmeyr glass shop in business since 1823 – a maker of “Starburst” chandelier for the New York Metropolitan Opera, and interior textile manufacturer Backhausen currently producing accessories based on original designs of the Wiener Werkstätte artists. 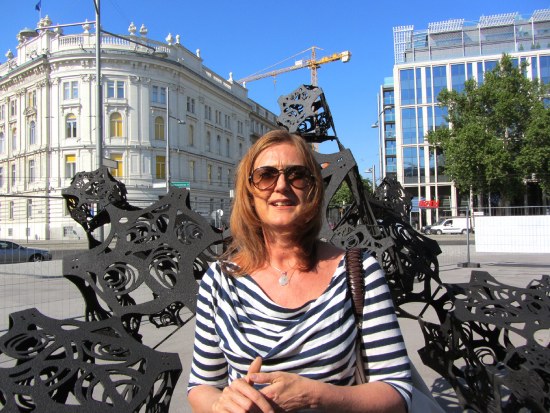 The latest addition to the city’s public art, called The Morning Line, is an interdisciplinary project commissioned by Thyssen-Bornemisza Art Contemporary, founded by Francesca von Habsburg. The Morning Line is a sonic pavilion, made of black-painted aluminum modules of various sizes with cut spiral patterns. The modules are combined into a multifaceted structure that can be built into various configurations reflecting the idea of pulsating universe. Created by Matthew Ritchie with Aranda/Lasch and Arup AGU, the massive yet airy free-form pavilion, which contains 50 loudspeakers, was inaugurated in June at the music festival where contemporary composers presented nine new pieces specially designed for its sonic architecture. The Morning Line will be on display in Vienna through November 20. http://www.vienna.info.