In America, the beautiful, not many cities have their own face, their unique character. In the majority of American cities an observant traveler often experiences a kind of déjà vu: street names start with Main and delve into a roster of Presidents, or just go through alphabetical and numerical orders; the same bank and retailer logos bookend every street in every town in every state, and similarly dressed folks buzz around, running their identical chores.  New Orleans, Louisiana (or NOLA, as its dwellers call their passionately beloved city) falls out of this routine like a golden nugget from gray sand. 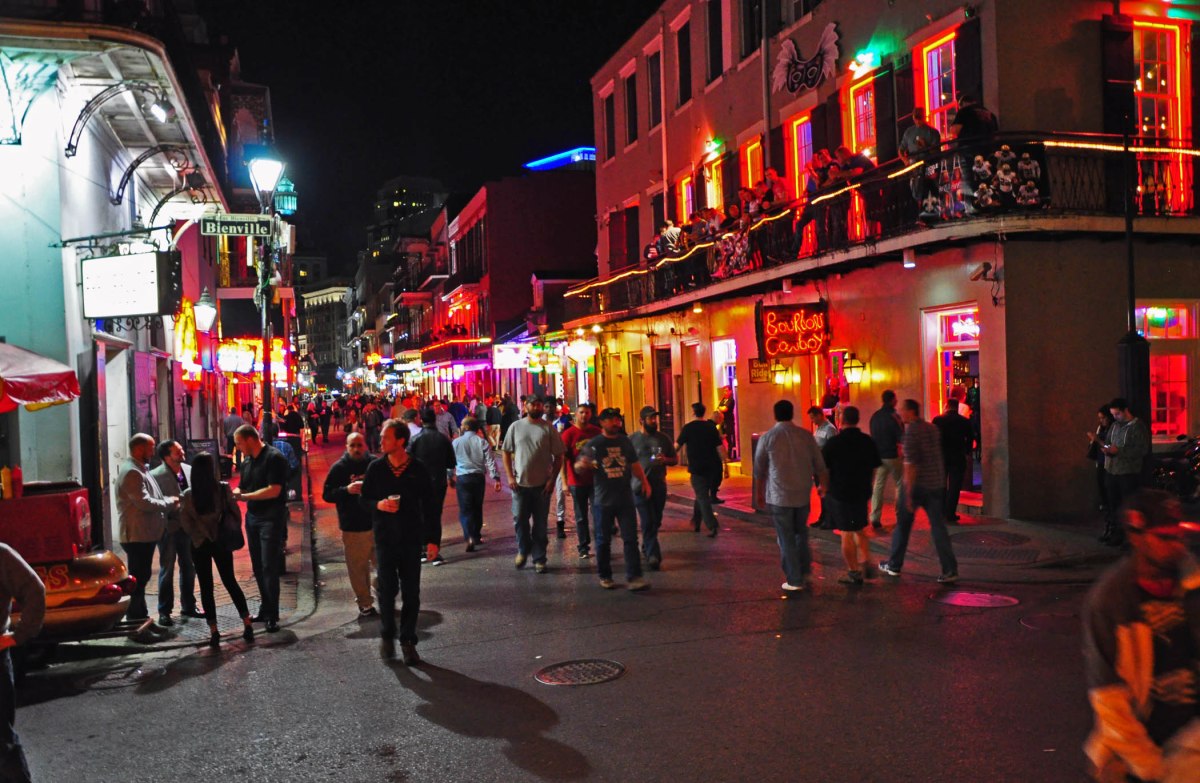 NOLA is a constant celebration, for a reason or no reason, officiated by the motto, Laissez Les Bons Temps Rouler! which means in French, “Let the Good Times Roll!”

The good times are mostly self-made by the suave, upbeat and resilient residents of New Orleans, since the fate is not always favorable, and the circumstances are often detrimental. 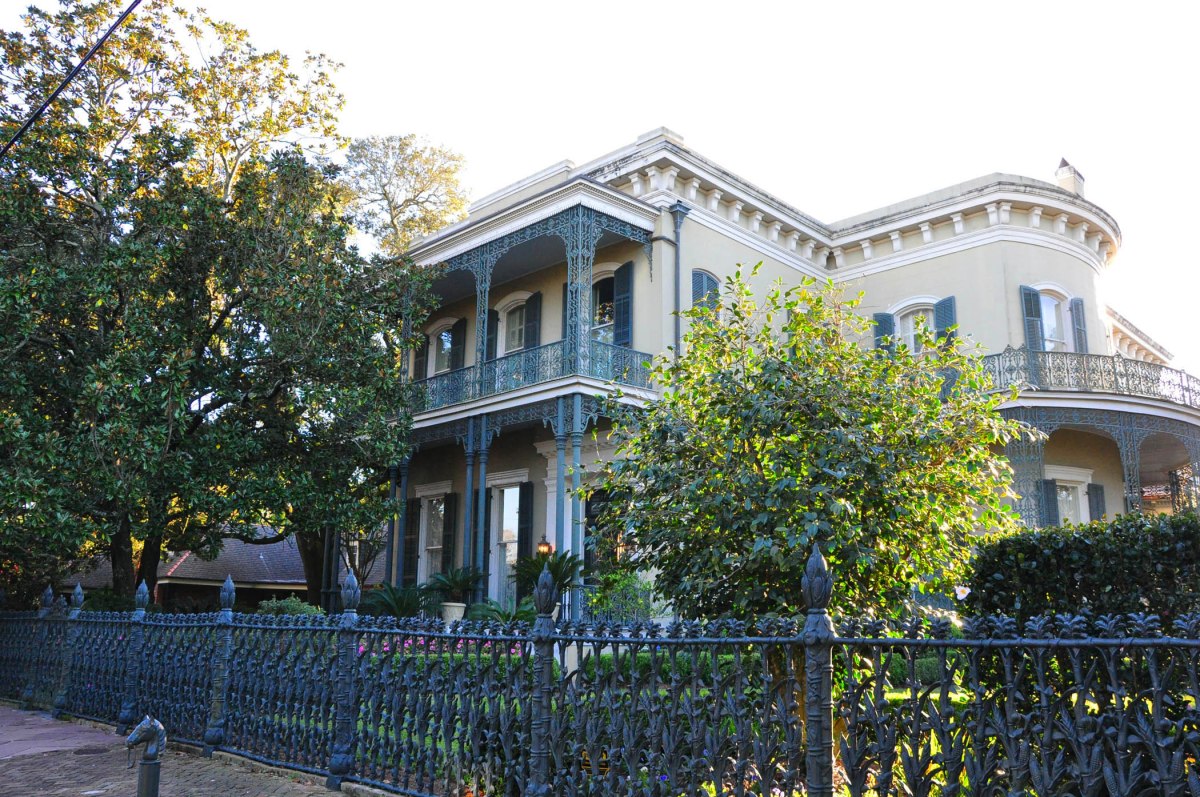 Throughout its colorful history the city withstood yellow fever epidemics, floods and tornadoes, social and political turmoil, and not too long ago – the infamous Hurricane Katrina and its devastating aftermath.

And yet, the city is constantly bustling with creative energy, attracting tourists and artists from all corners of the world, drawn to its indelible optimism, its legends and traditions, and its generous spirit. 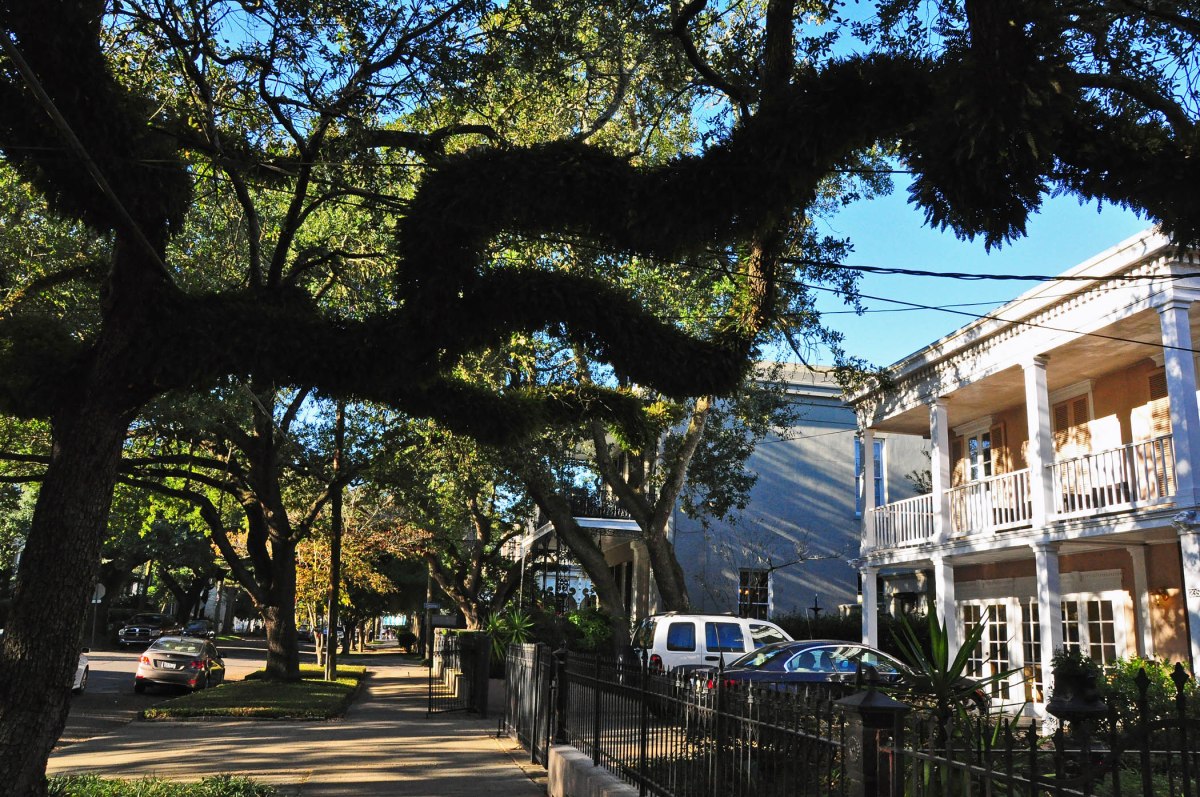 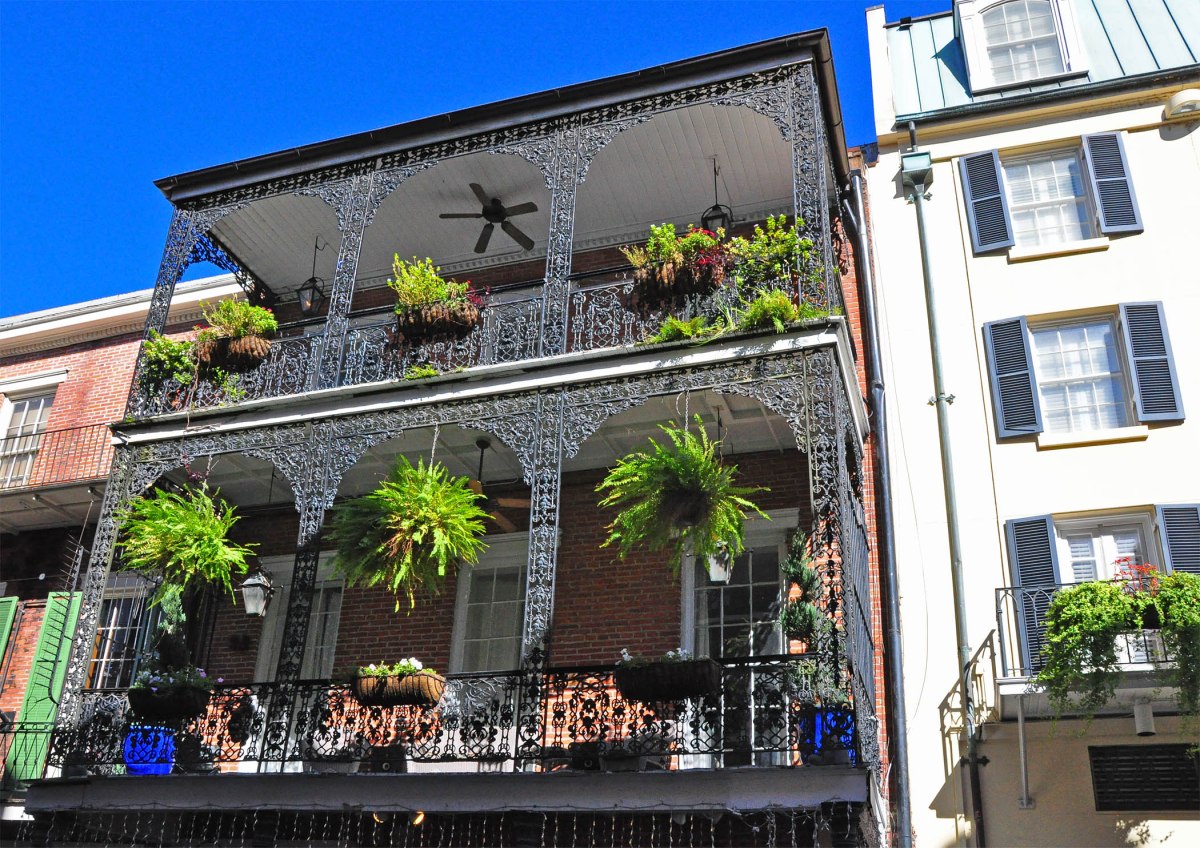 A Hop-On Hop-Off City Tour on a double-decker bus by City Sightseeing New Orleans will take you to the Garden District, where the ancient sidewalks are blown up by the roots of century-old Virginia live oaks; their branches covered with bright-green sprouts of Resurrection fern and pale swaying moss beards… Here, the houses of native Cajuns and Creoles, and the newly arriving after the Louisiana Purchase in 1803 American settlers, stand next to each other in stark contrast of architectural styles, daily habits, and life philosophy. 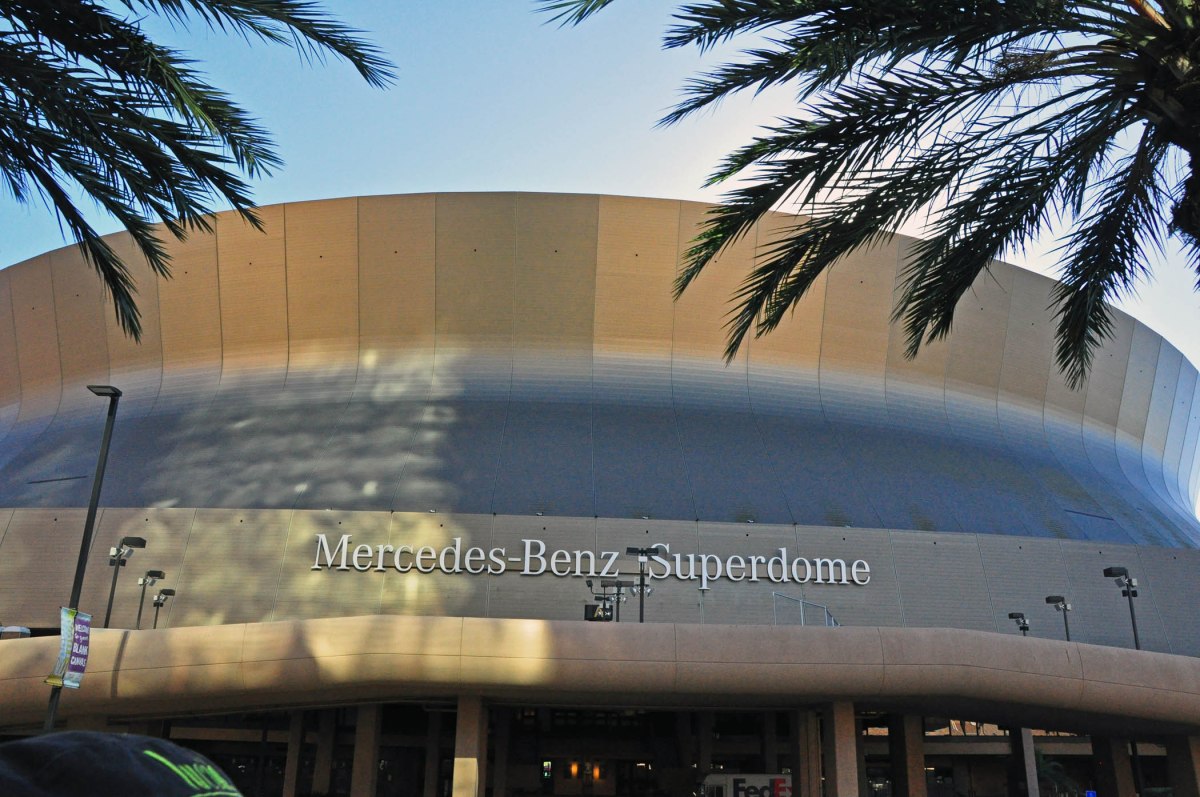 The bus rides past the gilded statue of Jeanne d’Arc, the city’s patron saint; around the French Quarter, stops at Jackson Square with St. Louis Cathedral – the oldest in the United States (since 1794), and visits sites as diverse as The National World War II Museum, Louisiana Superdome, Mardi Gras World (the largest in the world workshop of carnival floats and costumes), and several historic cemeteries. 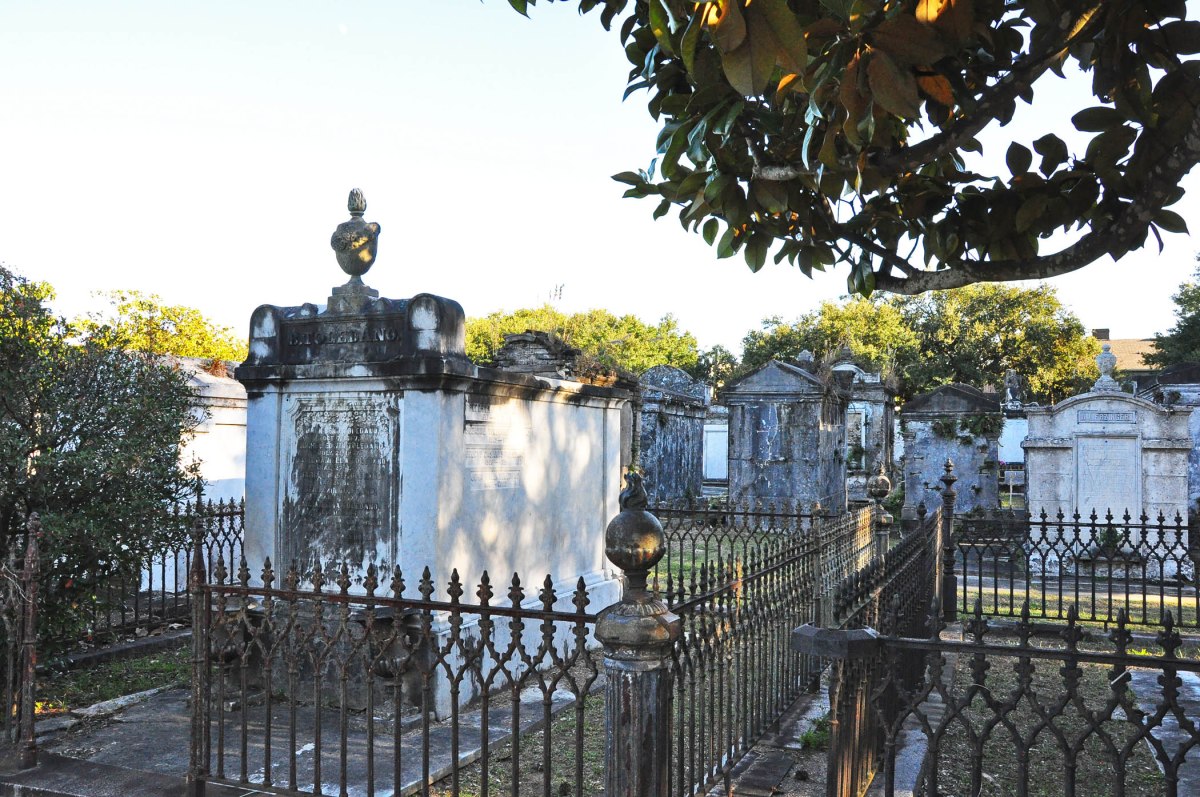 Those are called “cities of the dead” for a reason. Spectacular crypts and mausoleums form streets and squares lined with palms and elms. The city dwellers learned to bury their dead above ground long ago, after Mississippi floods washed out the coffins from the graves in the below-the-sea-level areas of New Orleans… Since then people were carefully choosing their “last real estate” to accommodate families, social circles, and professional associations. A whole fire brigade is buried in a vault at Lafayette Cemetery. In times of mass disasters the demand was overwhelming the supply. According to the historical chronicles, a record number of 37 family members were buried in the same grave during the yellow fever outbreak of 1878. 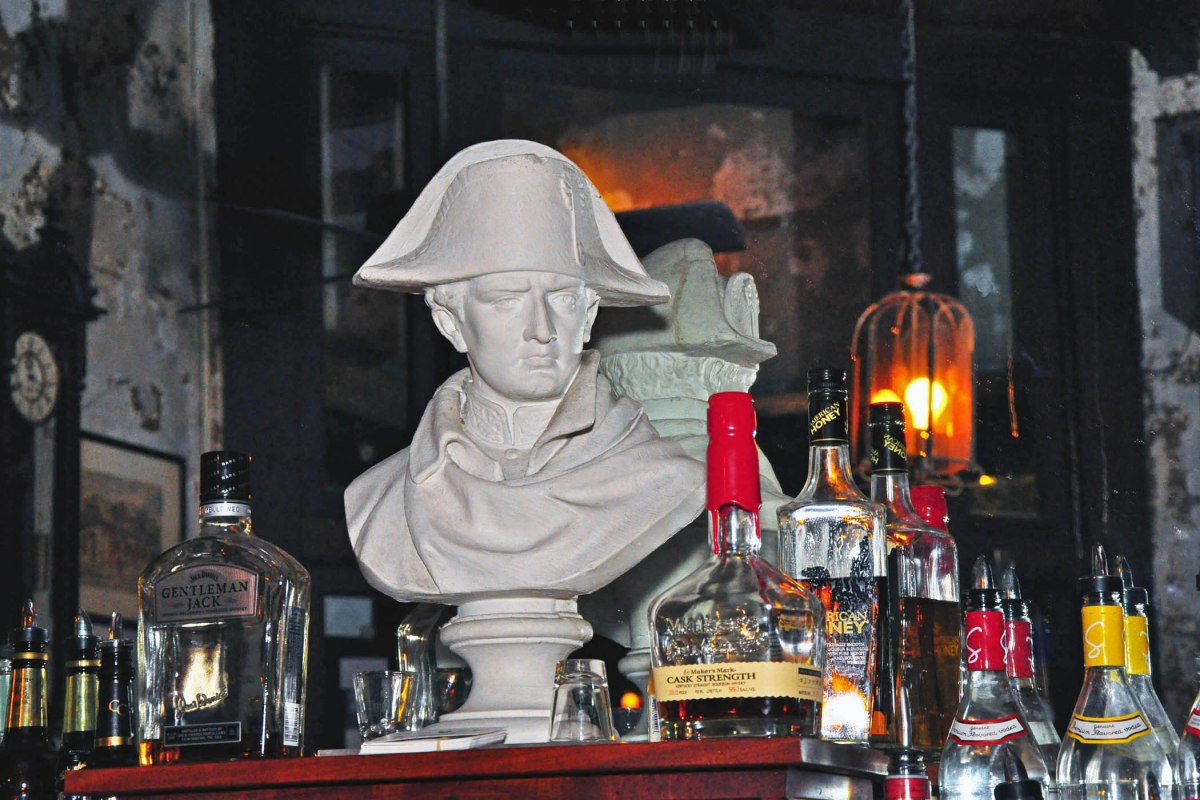 The history is alive on the streets of the Big Easy. Napoleon House Bar and Café on Chartres Street is located in a 1797 building erected by the then city mayor to meet and greet Emperor Napoleon in New Orleans. That plan was destroyed by the Louisiana Purchase, but the Mayor Girod House is a National Historic Landmark, and while on the first floor you can indulge in the house specialties like Pimm’s Cup cocktail and mufuletta sandwich, the second floor, almost completely intact since its construction, is now open for weddings and other special events. 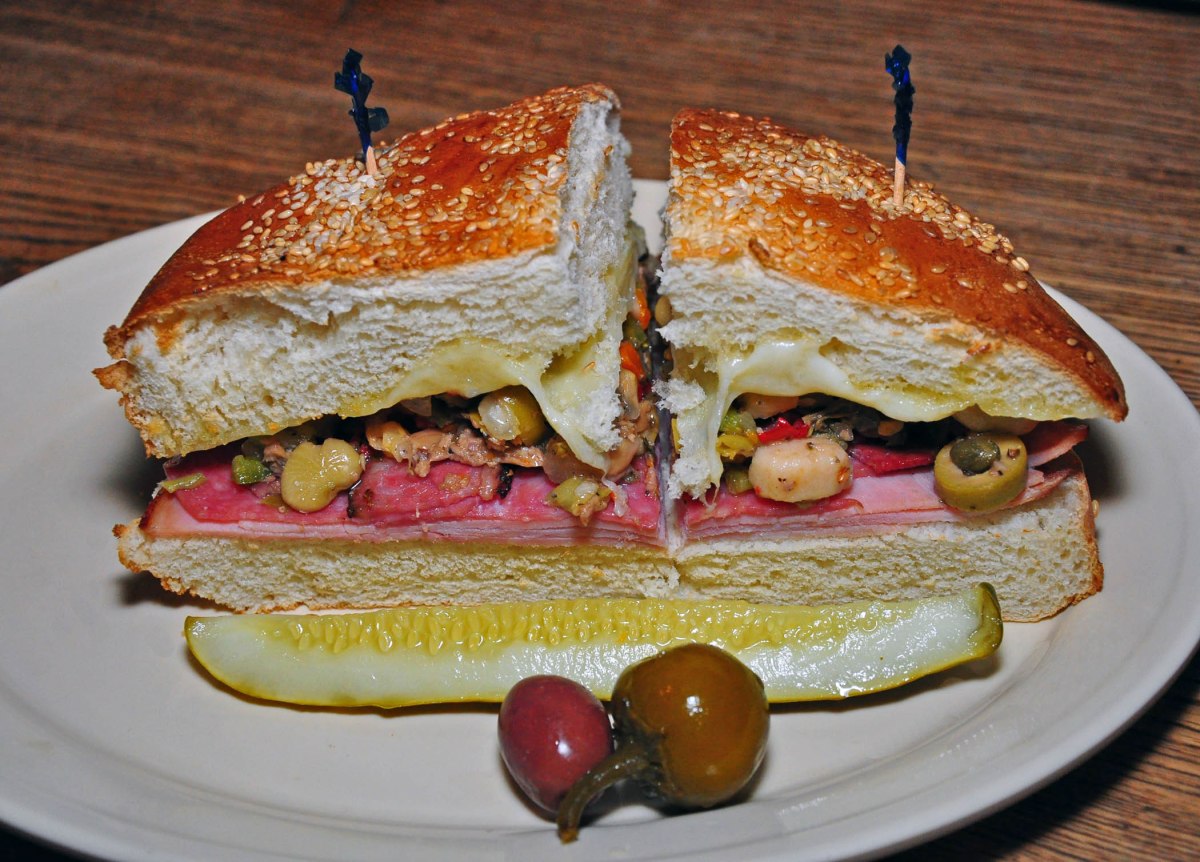 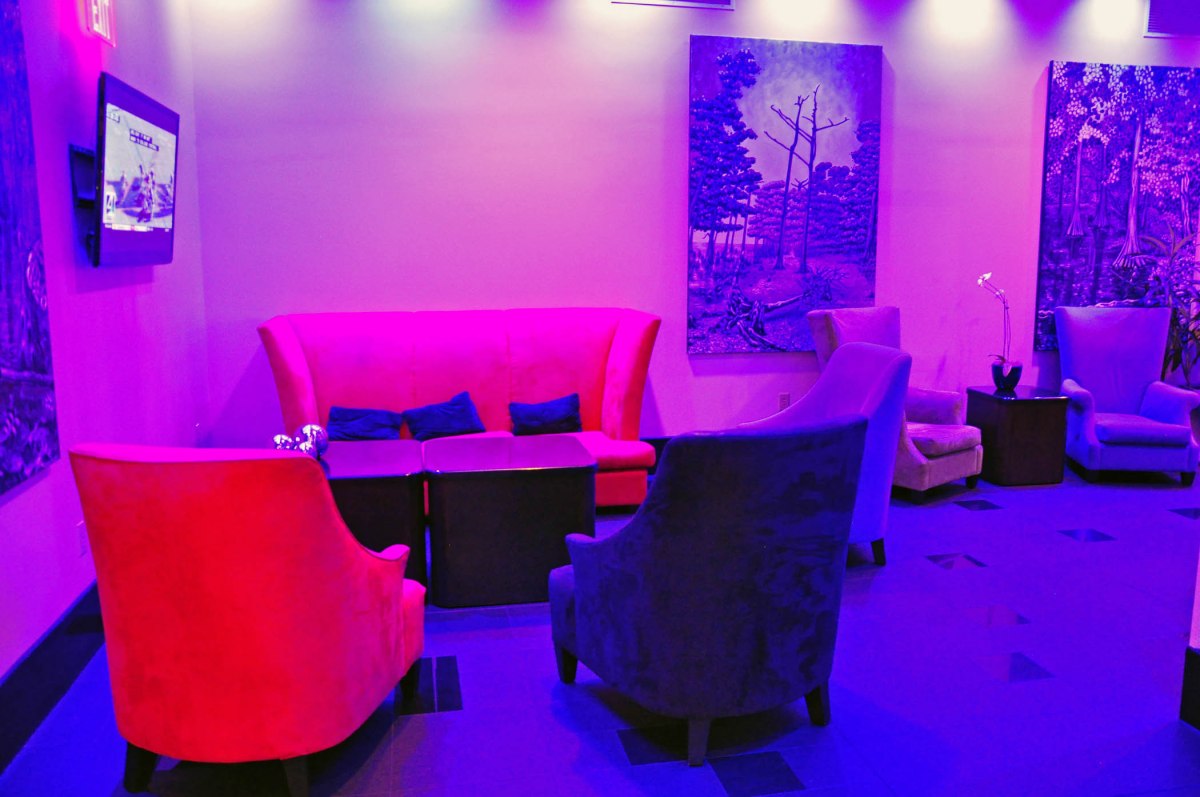 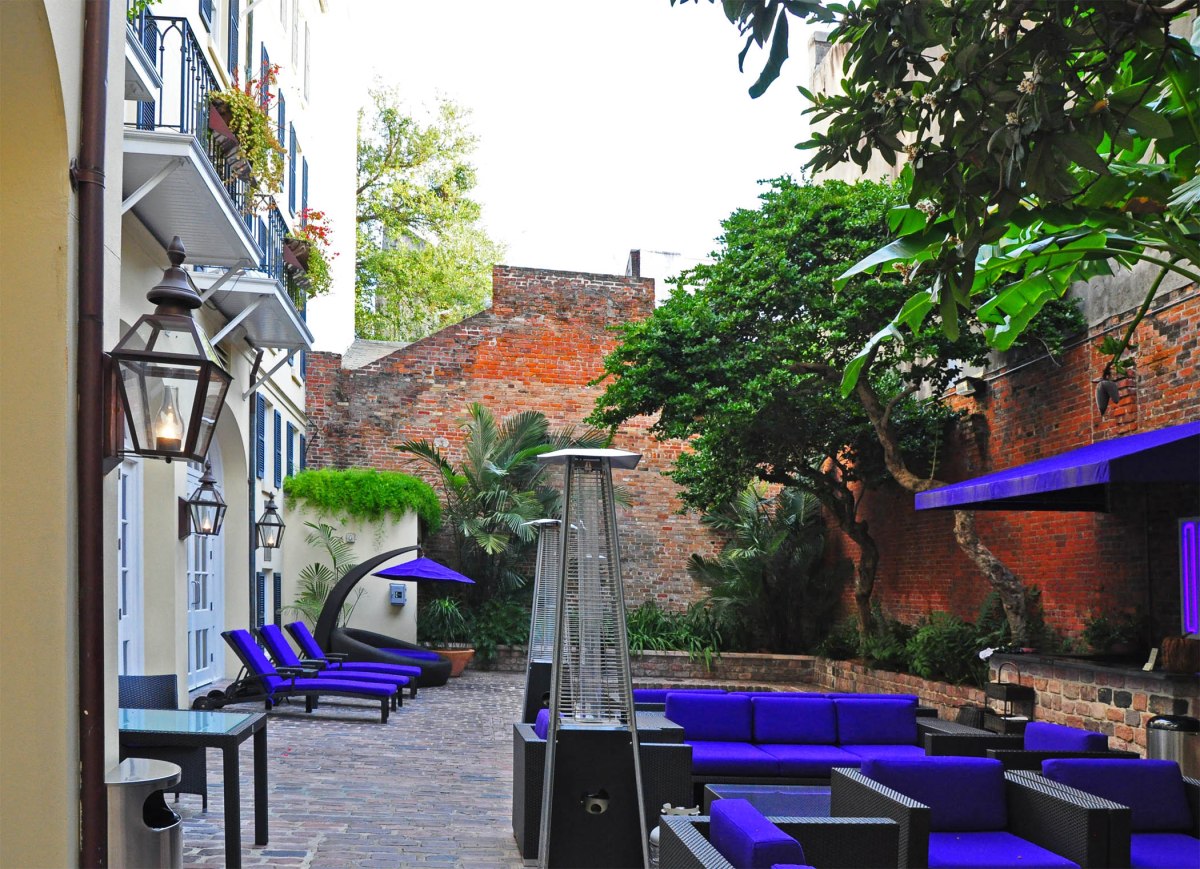 The hotel’s lively bar Vive! opens into a courtyard with a heated swimming pool, and serves signature cocktails; the first one upon your arrival – complimentary! 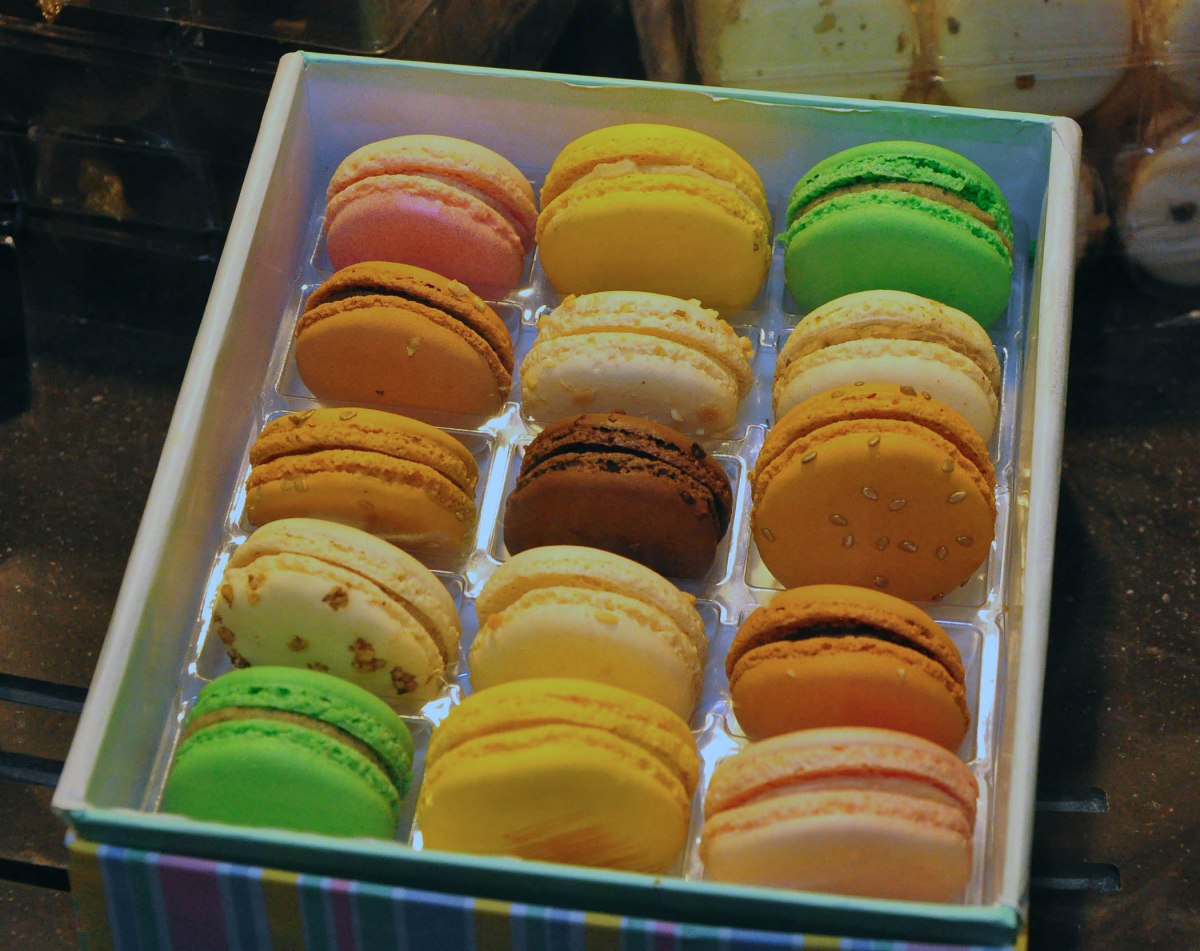 There’s a number of great eateries in a short walking distance from Le Marais. On the second floor of the classic Parisian patisserie Sucré with colorful macarons and eclairs in the shop windows there’s a newly-open upscale haute cuisine restaurant Salon by Sucré. In addition to select international wines, artisanal beers, and creative cocktails, one of the brand founders and the acclaimed chef, Tariq Hanna offers its guests a refined menu of enticing French-inspired dishes. On the Amuse list there’s an amazing combo of Belgian fries of thrice-fried potato with chive cream and American bowfin caviar elegantly served in a porcelain egg shell. Another amazing creation is called Corn Pups and presents “lollypops” of Mortadella in corndog batter with honey mustard.

On the Savory part of the menu there’s a not-to-be-missed Foieklawah – a whimsical and delightful construction of seared foie gras, pistachio, fig jam and yogurt in Phyllo dough. 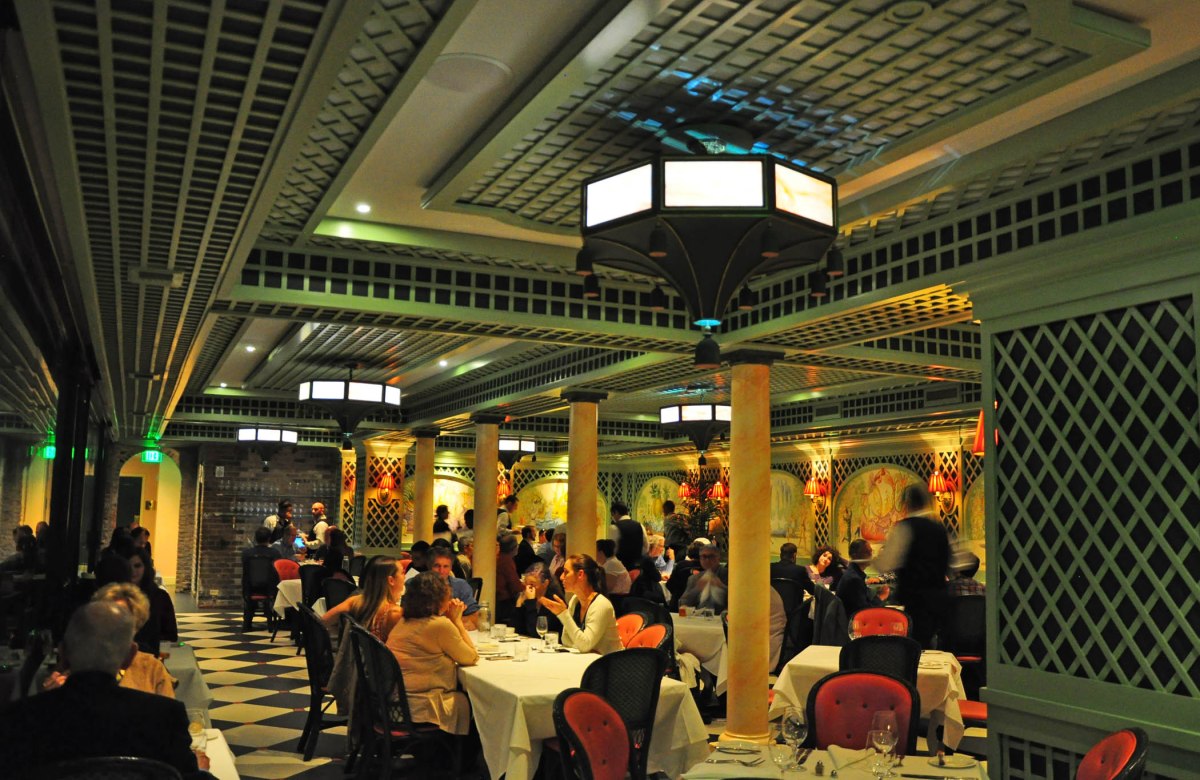 The Brennan’s Restaurant was originally opened on Bourbon Street in 1946, but later moved to the Royal Street location into a historic building constructed by the great grandfather of Edgar Degas! Now, after a thorough restoration, the restaurant is one of the city’s best, with positively Impressionist atmosphere, impeccable service, and Creole cuisine with staples like turtle soup, fried squab, and classic steak in brandy sauce. 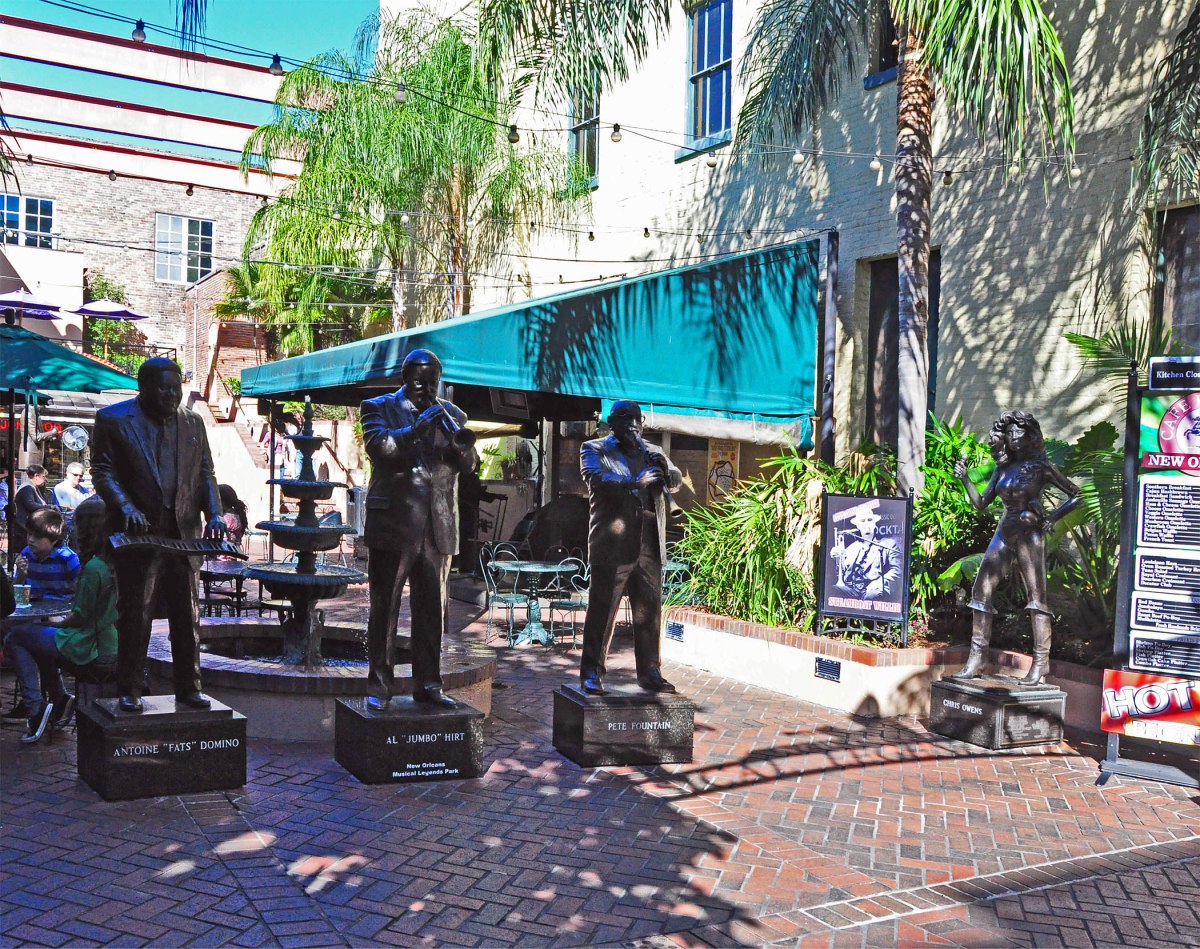 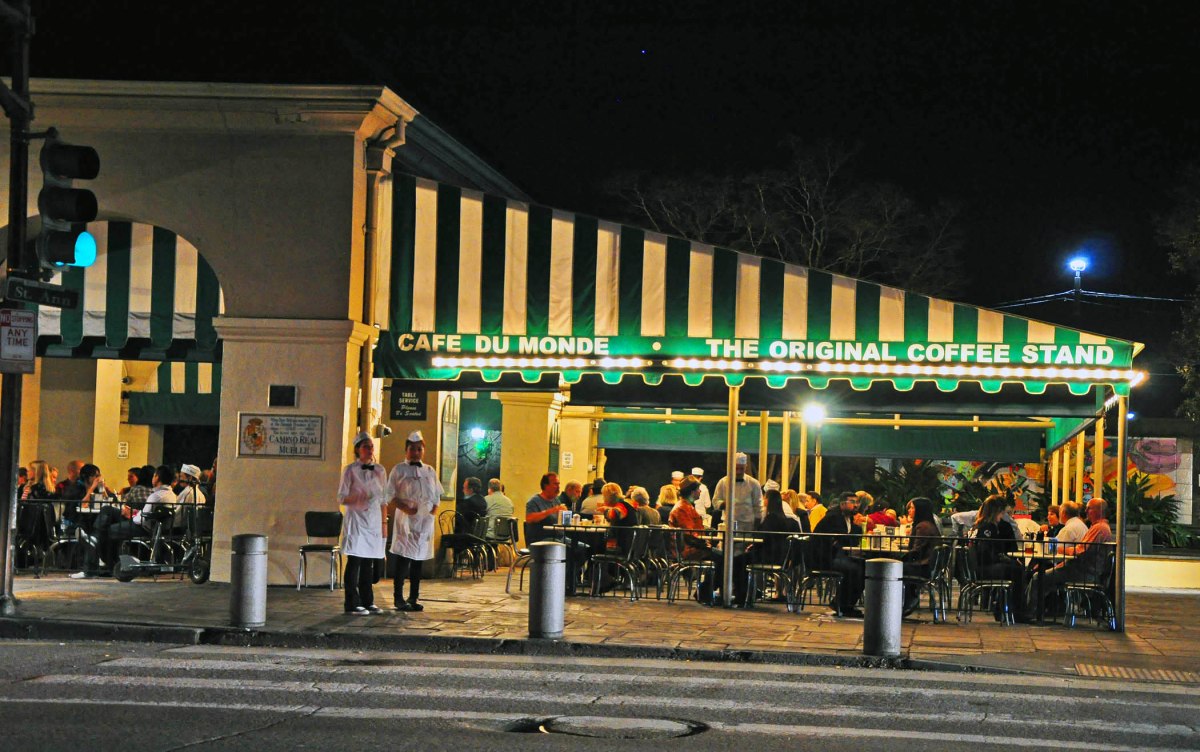 Breakfast at Café Beignet on Bourbon Street is bound to be festive – even at an early morning hour a jazz singer is entertaining the fans of music and delicate, crisp, generously covered in powdered sugar beignets, served hot from the oven. A non-stop 24-hour service is offered at the world-famous Café du Monde known for NOLA’s traditional chicory coffee and beignets, beignets, beignets! 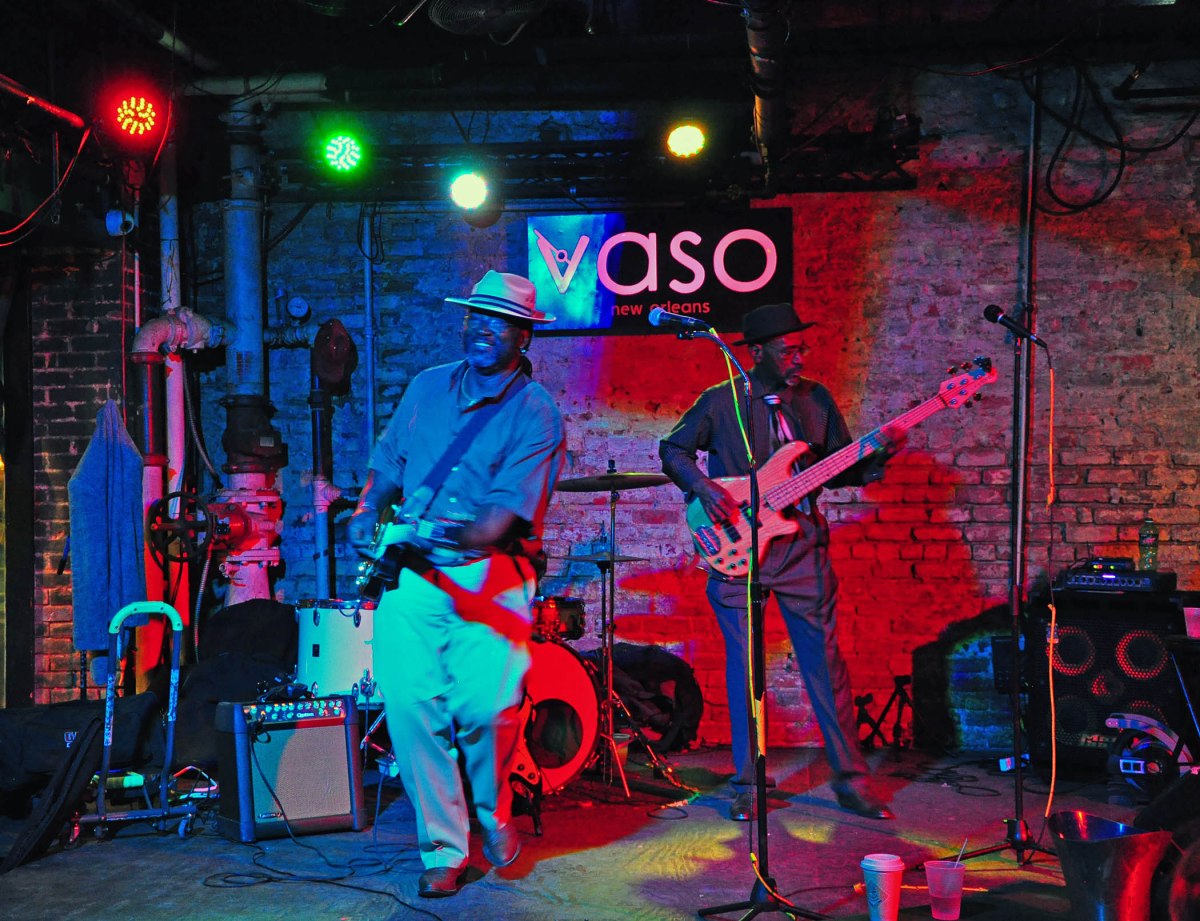 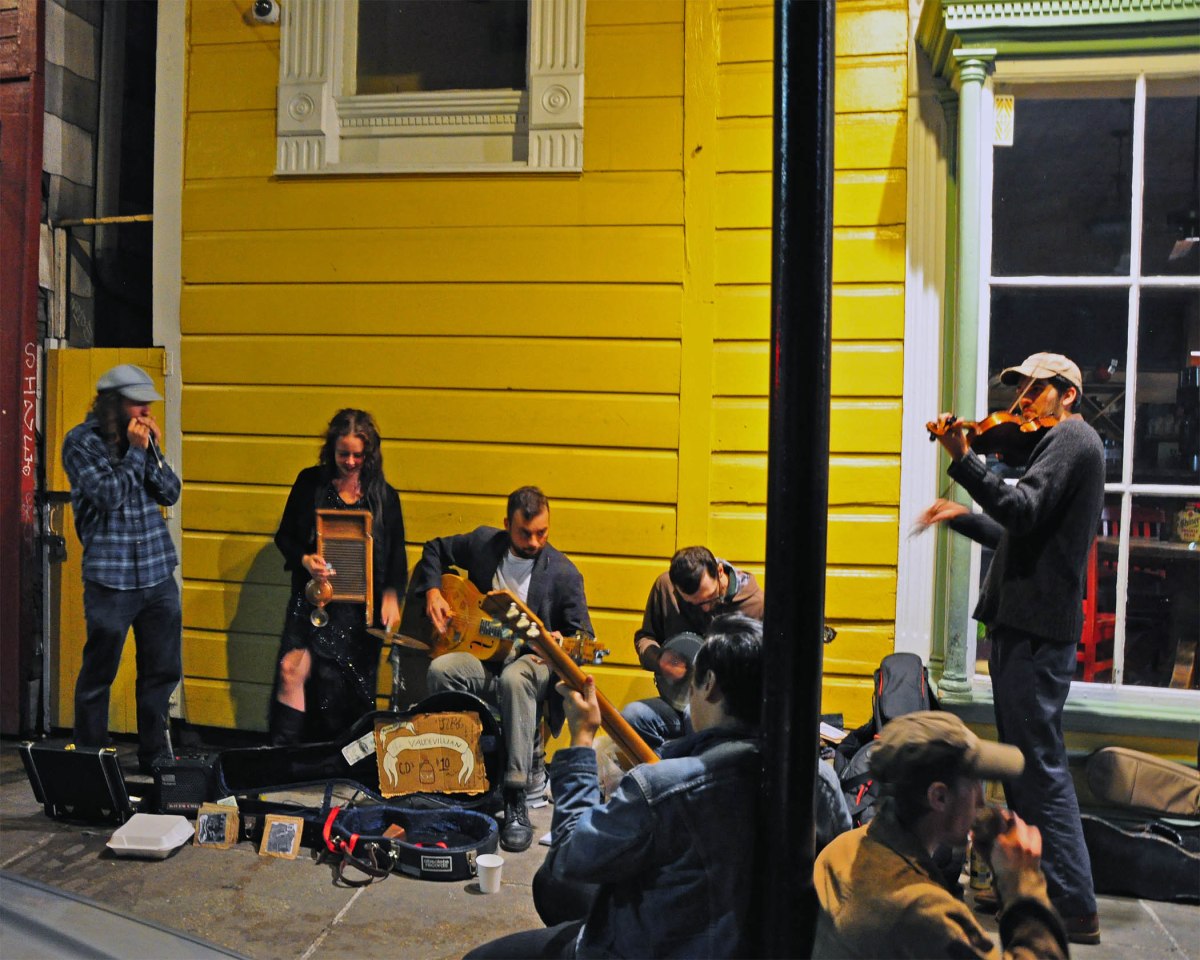 The best evenings in New Orleans are spent on Frenchmen Street, just down the Mississippi river from the French Quarter. It’s a hotbed of jazz clubs, bars, cafes, and various street musicians, tirelessly performing the most romantic, most profoundly-touching, most popular music in the world! The majority of places ask you to buy just one drink and revel all night. That’s what I could’ve done many more nights, vaguely daydreaming about the good times, if it weren’t for my too short visit to the golden NOLA. 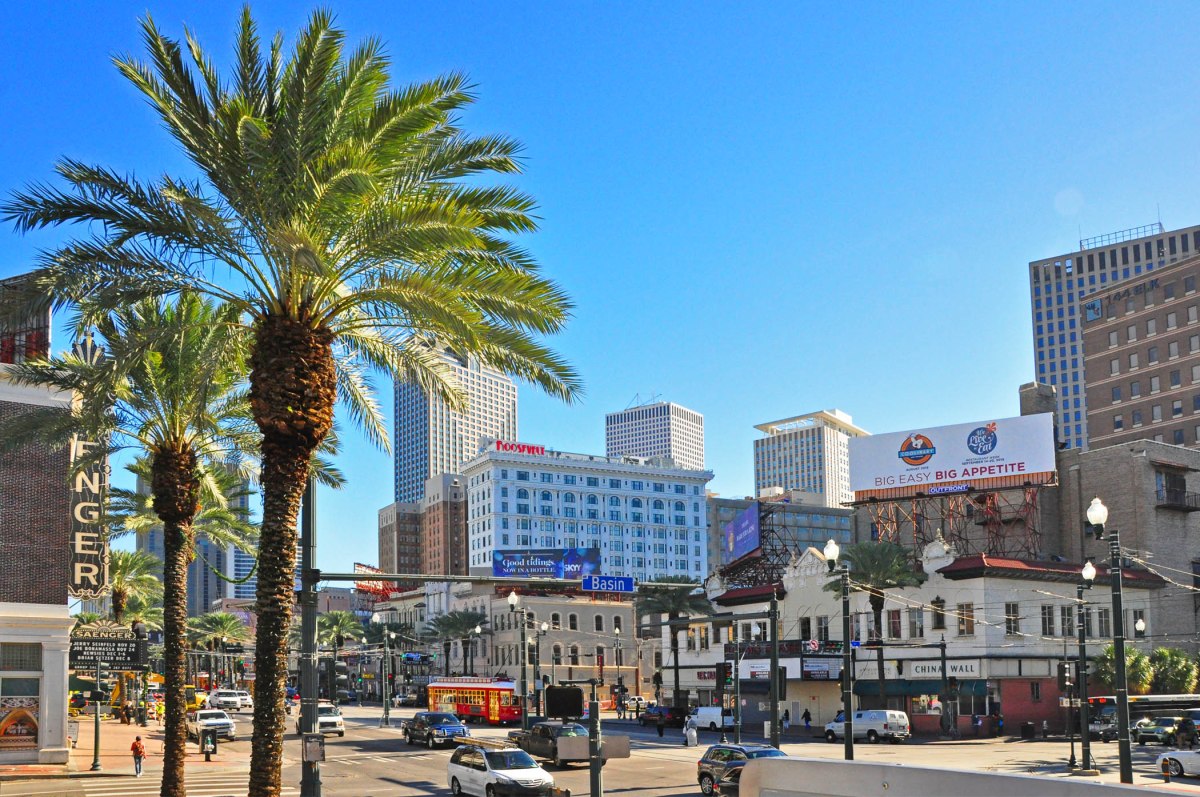 Find all necessary information about traveling to New Orleans, LA at: www.neworleanscvb.com.