Oxford, Mississippi, the home of Ole Miss (University of Mississippi) since 1848 is also the home of William Faulkner, winner of the 1949 Nobel Prize for Literature, and of one of the most popular novelists today, John Grisham. This is a wonderful stop over if you are traveling between Memphis, TN, and Birmingham, AL. As English majors in college, and since I taught literature, Bonnie and I had long wanted to travel to this historic town of the South. We were not disappointed. 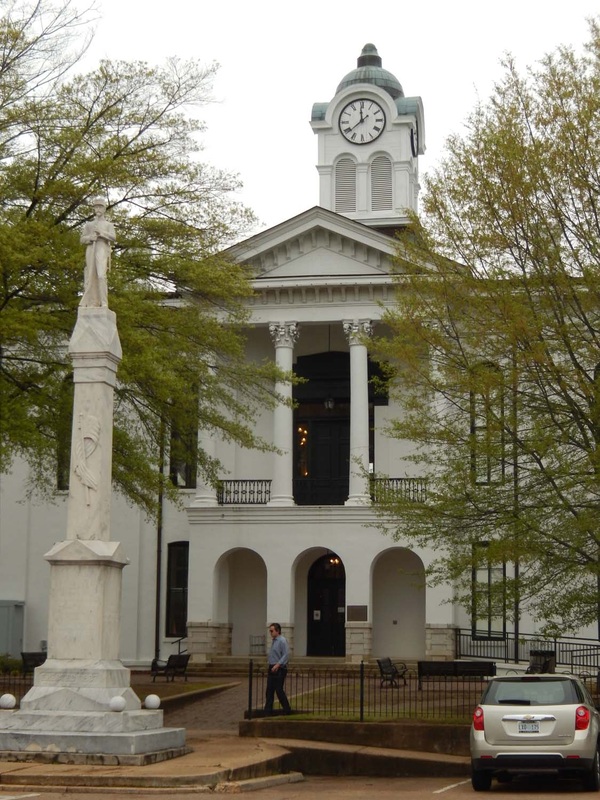 The town square encompassing the classic Courthouse is beautifully restored to a much earlier era and has many unique shops and stores, as well as historic statues and landmarks. Several downtown restaurants feature Southern cuisine, and as several residents told us, “You can’t go wrong with any of them!” We selected Ajax for delicious New Orleans style Cajun fare. 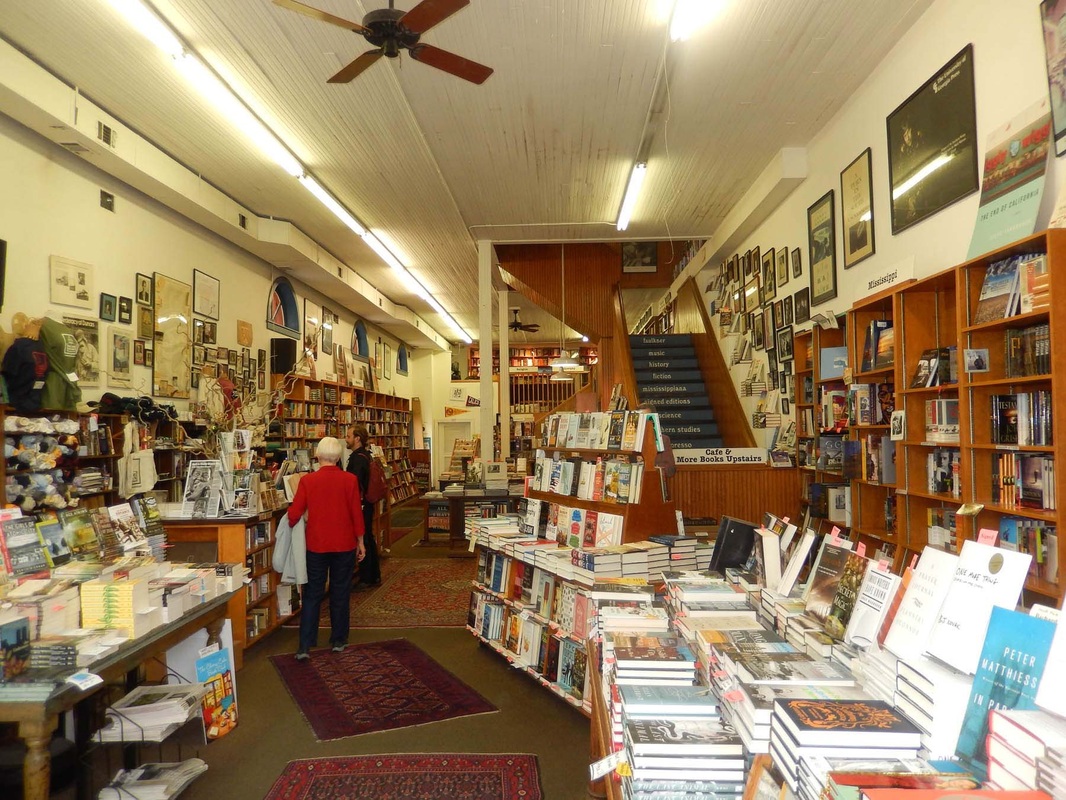 Square Books (160 Courthouse Sq, Oxford, MS 38655, (662) 236-2262) is a wonderful place for bibliophiles to lose themselves. It contains several floors of volumes including autographed copies and first editions from Faulkner, Grisham, and Alice Walker, Salman Rushdie, and others. If you are interested in collectible rare editions, this is the place to peruse. Faulkner did not sign many works, so these are especially rare. When Grisham is in town he is often here for signing.

Hosts at the Visitor Center, on South Lamar a couple of blocks off the square, were very helpful with suggestions and brochures to guide us in planning our two day stay to get the most possible from our trip. Many of the places visitors want to see are closed on Mondays, but you can take the historic walking tour any day to see the gorgeous Ante-bellum mansions restored or built just after the Civil War. These mansions are still homes today and residents don’t seem to mind tourists gawking at the beautiful edifices and stopping to take photos. The very helpful brochure from the Visitor Center describes each home, tells the address and has a good drawing of it, and tells how each plays a part in one of Faulkner’s novels. 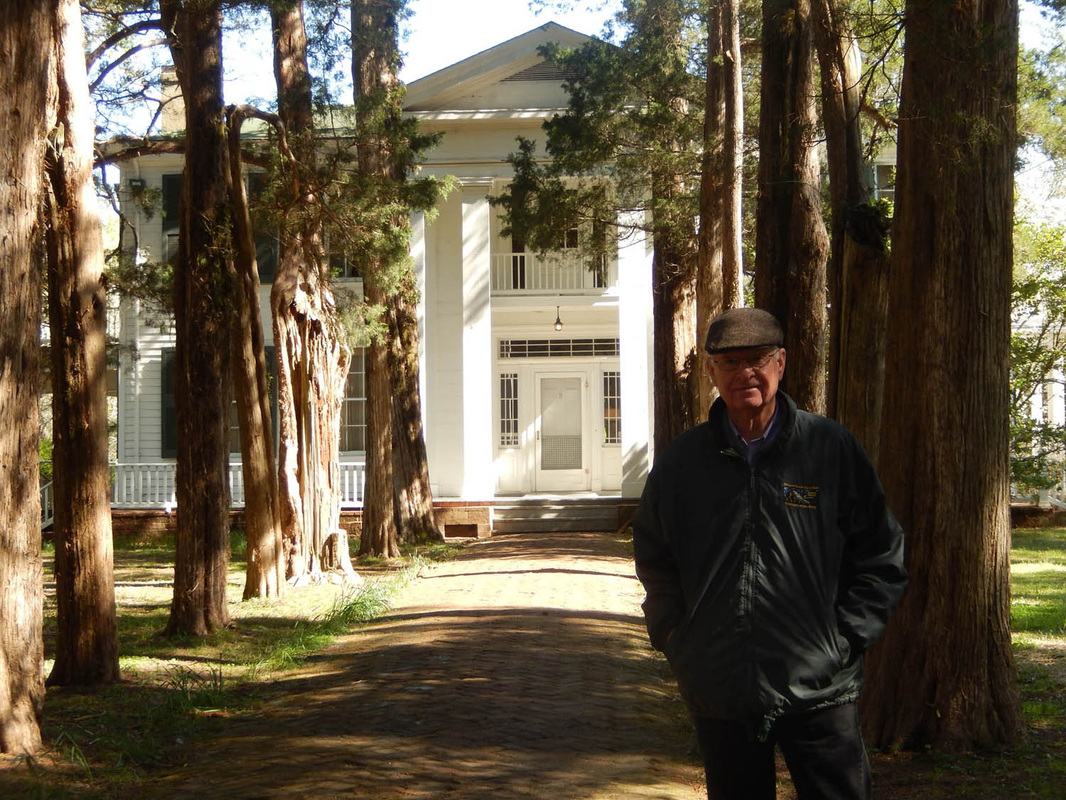 William Falkner, after finding no success as a writer in Hollywood, returned to his roots where he found inspiration for places and characters to fill all his many novels and short stories for the rest of his life. His characters, always fictitious, were derived from his ancestors and from people he knew and saw most of his days and the imaginary places in the books were described based on many of the mansions we saw on the lovely walking tour. We were fortunate to be there in April when dogwoods, azaleas, tulips, daffodils, and pansies were in full array of color, setting off the South in a movie-screen picturesque way.
Rowan Oak (which means place of peace and inspiration) is the last home of Falkner himself, his wife and daughter and two step children. He restored an Ante-Bellum mansion which has fallen into disrepair. It is in a huge grove of giant cedars.The self-guided tour reveals his home, furnishings, and library just as they were at his death. Many signs and displays explain much about the great author. Out buildings include the historic stable, smoke-house, tenant quarters, and kitchen and barn of the period before Falkner bought it. 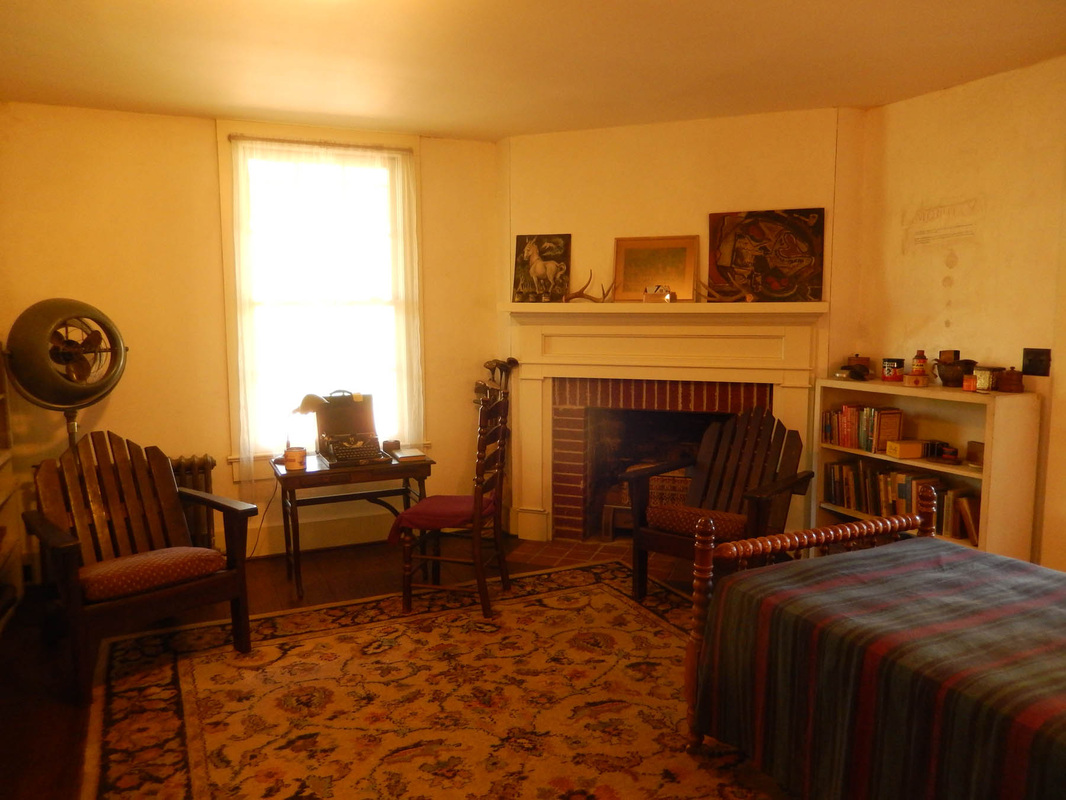 Our days there in Oxford were quite memorable and well worth the detour. Nearby is Sardis Lake, known to be one of the best crappie fishing places in the South, along with your literary education you can have some laid-back family recreation.